Snapchat Will Start Selling Sponsored “Lenses” To Brands, Starting at $450,000 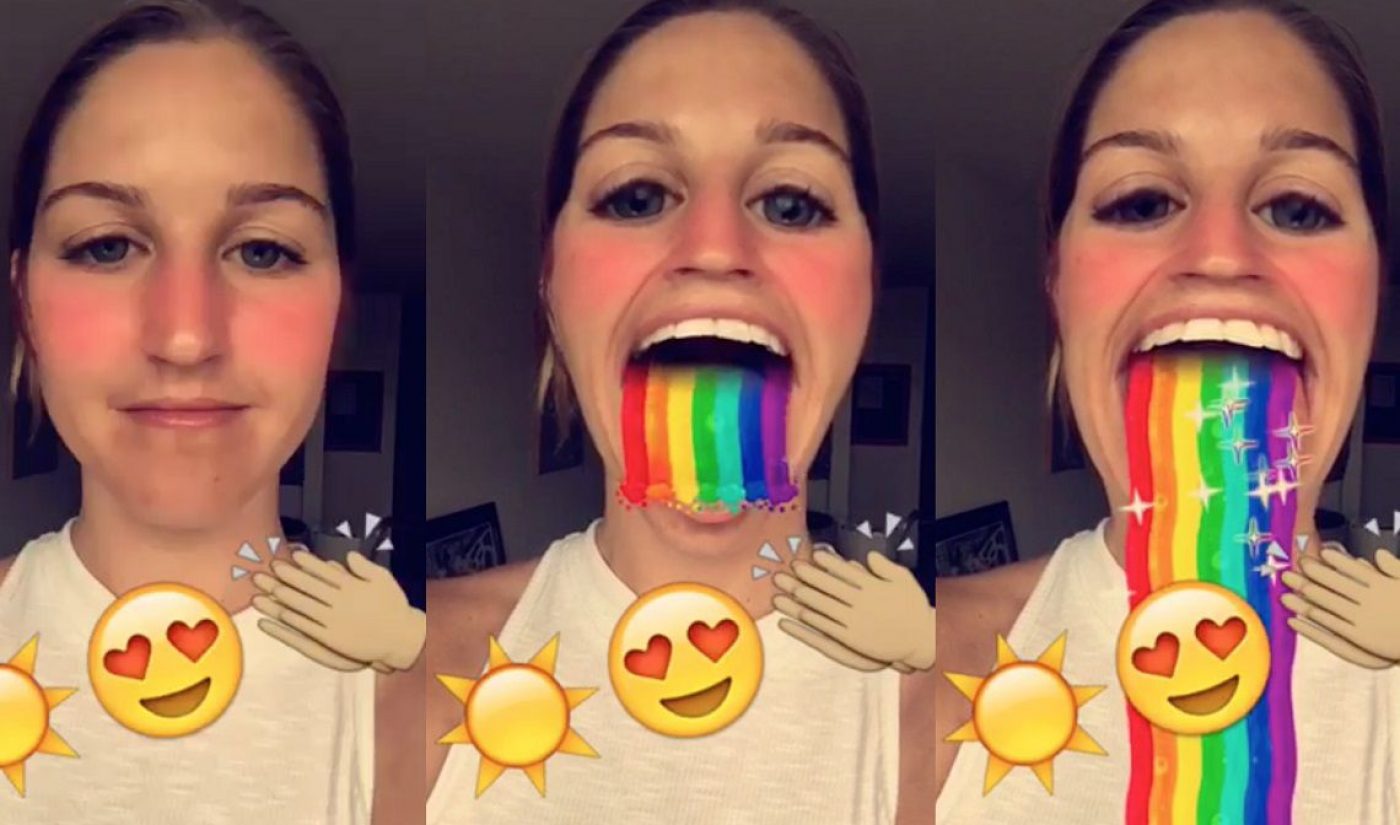 In mid-September 2015, ephemeral messaging app Snapchat added the ability for users to use sticker-like “Lenses” to decorate their snaps. These Lenses made it possible for users to place hearts over their eyes or regurgitate a rainbow. Now, the Financial Times reports Snapchat will start selling sponsored Lenses as an ad unit, with Hollywood studios as the app company’s initial target clients.

According to the Times’ sources, Snapchat will design the sponsored Lenses for brands and release them alongside the regular Lenses. Sponsored Lenses will debut on October 31, 2015. Sources claim Snapchat will reportedly charge brands $750,000 per Sponsored Lens on a peak day (like Halloween or Christmas) to reach the app’s entire 100 million-strong userbase, which watches four billion video views per day. Off-peak advertising days will cost brands less (but still a significant chunk of change) at $450,000.

Snapchat confirmed with Variety the app company would start selling Lenses-based ads, but Snapchat declined to provide more information. Snapchat only said that “sponsored lenses allow Snapchatters to express themselves and connect with a brand in a really creative and dynamic way.”

Snapchat has been working on various monetization methods for a while now. In addition to its Two Pennies video ads on its Discover platform, the platform launched a branded content agency called Truffle Pig with the Daily Mail and WPP. Along with the Lenses update, Snapchat also introduced the option for users to pay 99 cents for three replays of snaps, which usually disappear after viewing and can never be seen again.