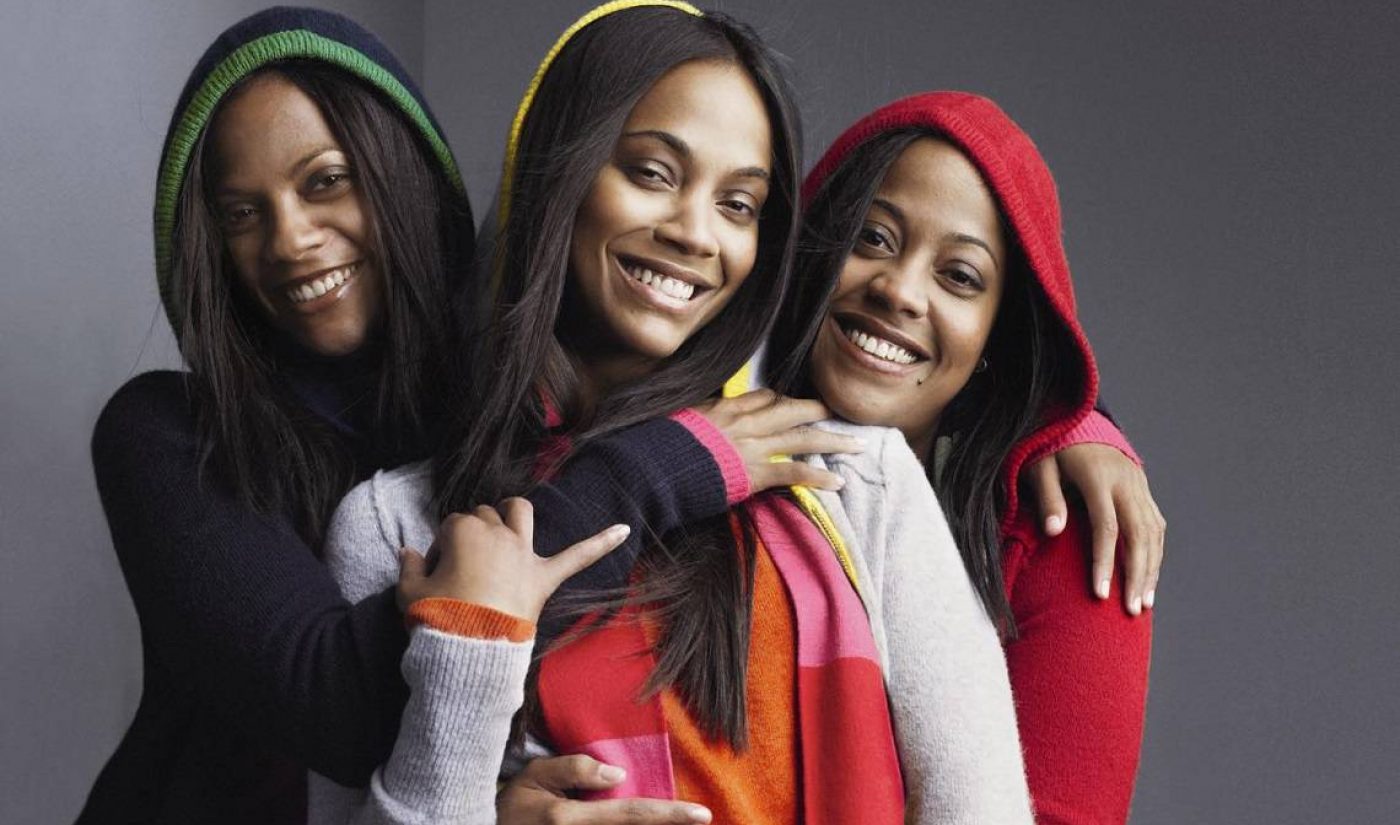 Awestruck has a new partnership with a well-known celebrity. AwesomenessTV’s upcoming lifestyle network aimed at millennial moms signed a digital content deal with Cinestar, the production company founded by actress Zoe Saldana and her sisters Mariel and Cisely.

Known for her work in Star Trek and Guardians of the Galaxy, Saldana will executive produce scripted and unscripted programming along with her two sisters for Awestruck. Content from Saldana’s Cinestar company will appear on all Awestruck distribution platforms, including YouTube, Facebook, and Verizon’s upcoming Go90 mobile service.The three Saldana siblings will also develop the Cinestar YouTube channel for Awestruck’s network.

“Zoe epitomizes the talent we are seeking for Awestruck. She marries a strong creative vision and an existing fan base with the experience of being a new mom,” said Sarah Penna, new mom and Head of Awestruck, in a release. “We are thrilled that Zoe, Mariel, and Cisely will be making their first foray as online creators with Awestruck.”

“With modern moms on-the-go and online, the opportunity to create content specifically for them is exciting,” added Zoe Saldana, who’s no stranger to online video. “The team behind Awestruck has already proven their expertise in reaching young audiences with AwesomenessTV, and we are thrilled to partner with them to collaborate on this new promising venture.”

Awestruck was originally announced in April 2015. At the time, no release date was announced for the network, which will boast female-centric scripted and unscripted programming featuring both digital stars and traditional celebrities. Now, AwesomenessTV expects to release Awestruck sometime in the fall of 2015.