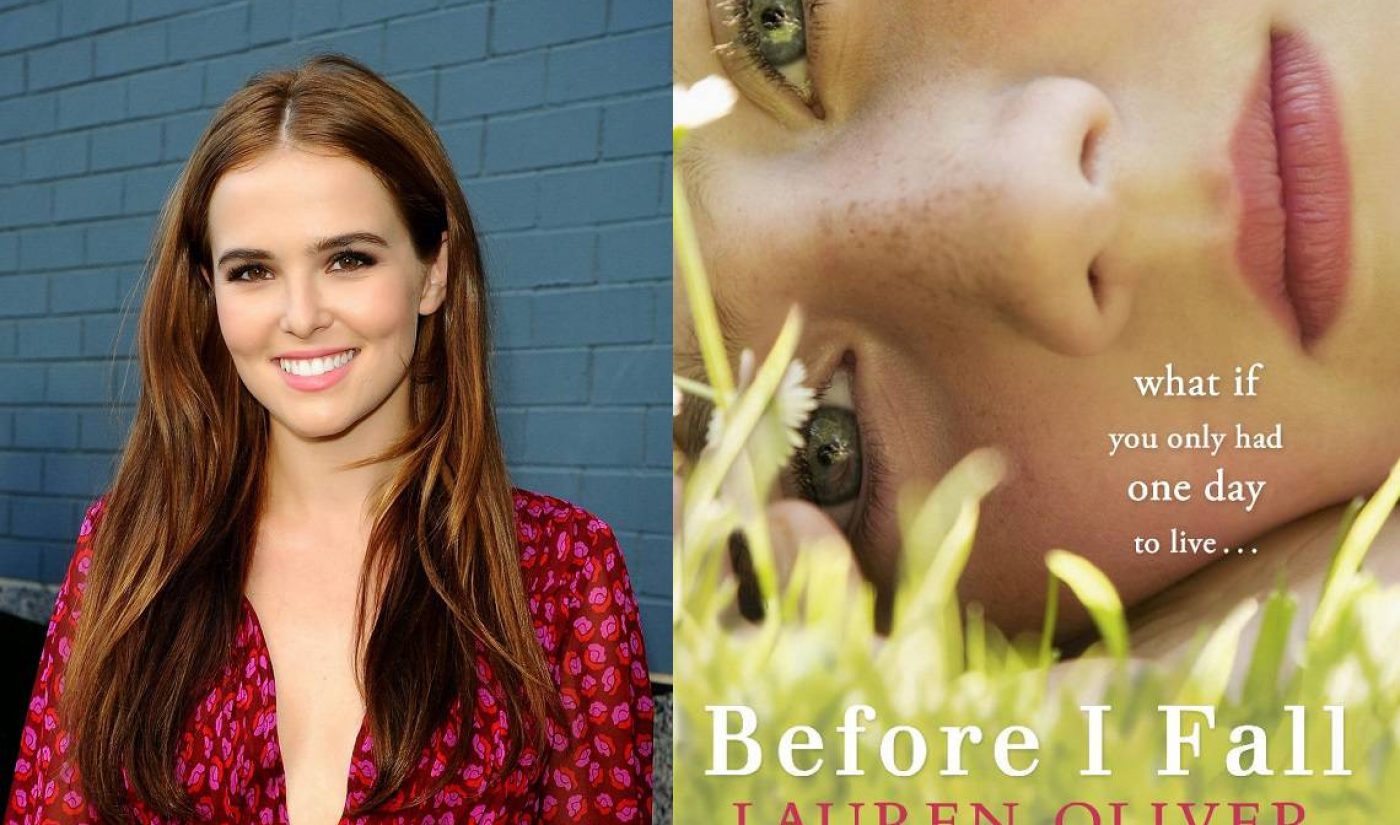 Awesomeness Films has a new project in the works. The movie division of the YouTube multi-channel network AwesomenessTV has revealed a feature-length film titled Before I Fall, starring actress Zoey Deutch (star of flicks like Vampire Academy and Dirty Grandpa).

Directed by Ry Russo-Young, Before I Fall is an adaptation of the 2010 Lauren Oliver young adult novel of the same name. The story follows Samantha Kingston (played by Deutch), who discovers she’s living the last day of her life over and over again. Samantha must keep making the right decisions before her final moments and figure out the mystery of her death all while coming to grips with the fact that everything she loves will soon be taken from her.

Deadline, who originally broke the news, notes that the Before I Fall script was part of the Black List, a selection of film scripts which never reached production from the previous year. The film version of Before I Fall was originally set for development with Fox 2000 in the same year as the book’s debut. However, the project never took off, so Awesomeness Films scooped it up.

AwesomenessTV founder Brian Robbins will produce Before I Fall alongside Awesomeness Films’ Matt Kaplan, who joined the network’s movie division in June 2015. Air Force One and Dan In Real Life’s Jon Shestack is also set to produce. Production on Before I Fall will start in late October in Vancouver, B.C.

Before I Fall is just one of many films to spring from AwesomenessTV and its film division over the last year or so. The MCN produced the Cameron Dallas-starring film Expelled in 2014, and recently released Smosh: The Movie alongside DEFY Media. Awesomeness Films is currently working on Janoskians: Untold and Untrue, Shovel Buddies, and the recently-announced Dance Camp, the last of which is the first product of a partnership between AwesomenessTV and YouTube.

No release date has been announced for Before I Fall as of yet.