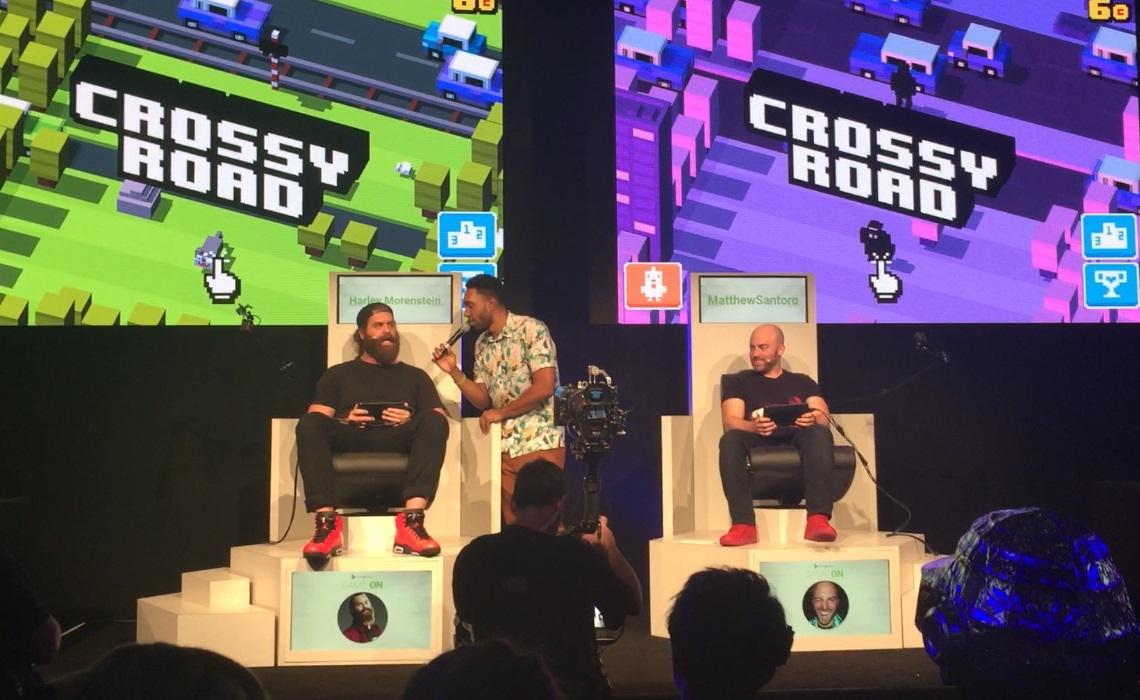 Google Play, Portal A Pit YouTube Stars Against Each Other In ‘Game On’ Series

Google Play has a new branded series sure to appeal to the online gaming crowd. The app and digital entertainment store teamed with San Francisco-based production studio Portal A to launch the competition web series Google Play: Game On, featuring some of online video’s most popular gaming talent.

Google Play: Game On pits various YouTube and digital stars against each other in a battle to see who is the best at mobile games by playing select Google Play titles, like Goat Simulator, Terraria, and Beach Buggy Racing. In traditional tournament-style fashion, the contestants compete in front of a live audience at various venues across the U.S.

Portal A and Google Play just wrapped up filming for the second round of Game On episodes, hosted by RunJDrun and filmed at PAX Prime in Seattle. In these upcoming eight episodes (no release date as of yet), digital celebrities Andre Meadows (aka BlackNerdComedy), Matthew Santoro, Harley Morenstein (of Epic Meal Time), Aureylian, PrestonPlayz, HikePlays, SkyDoesMinecraft, and Typical Gamer will square off against each other in mobile game titles Bombsquad, Crossy Road, Cookie Jam, and Minecraft: Pocket Edition.

Google Play: Game On is an ongoing series with 32 planned episodes in total. That means two more rounds of eight episodes each will be filmed and released sometime in the future. Google Play and Portal A are also working on 120 additional pieces of bonus and social content.

You can watch all current Game On episodes on the official Google Play YouTube channel. Ancillary content will live on the individual channels of creators who compete in the gaming series.