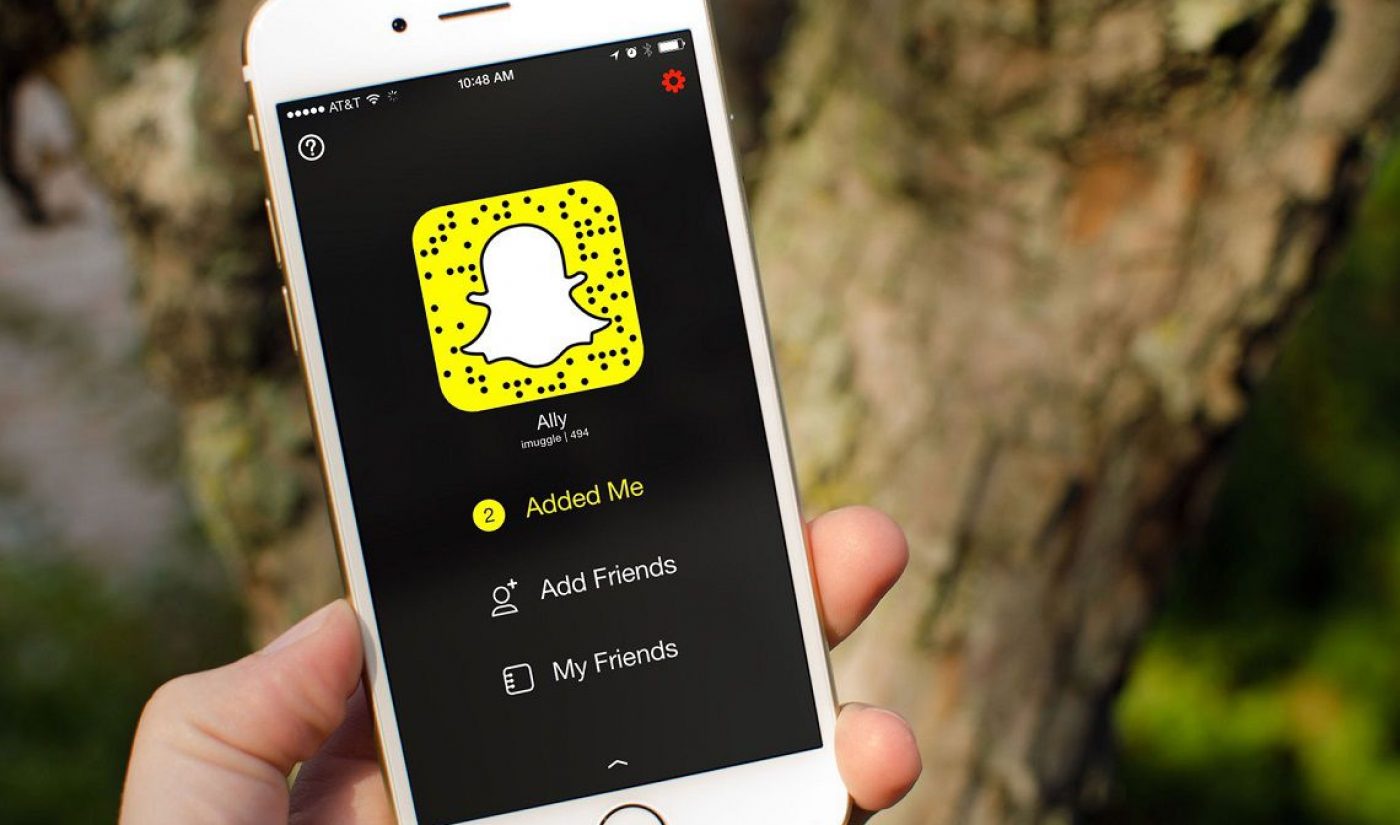 Snapchat claimed about two billion video views per day in May 2015. Only a few months later in July, Snapchat’s ad page boasted the app received three billion views per day. This means Snapchat managed to pull in another one billion views each day over the course of just one month. Snapchat’s four billion figure is on par with Facebook’s numbers, which reached four billion views per day in April 2015. It’s also worth noting Snapchat has reached the impressive metric with just mobile video views. The platform doesn’t have a desktop iteration and there is no embedding of videos onto other sites.

According to Business Insider, sources familiar with Snapchat’s operations say the four billion views each day stem solely from the company’s Live Stories content format. Live Stories are curated, sponsored feeds of users’ videos and images surrounding one particular theme or event. Snapchat started emphasizing this media format to advertisers on its platform back in April 2015 when it halted the sale of Brand Stories, a type of sponsored brand content Snapchat users apparently preferred less than the Live Stories and their integrated ads.

Snapchat’s Live Stories and the views they command are rife with advertising opportunity. The ephemeral messaging app already commands two cents per video ad view on its Discover platform, which boasts content from brands like BuzzFeed, Food Network, and new partners like IGN and Mashable. And Pew Research discovered teens from middle- to higher-income families (who likely have more spending cash) tend to use Snapchat more than teens from lower-income families. Advertisers hoping to reach this upper-income demographic have a perfect outlet in Snapchat’s Live Stories format.

Snapchat currently claims to have 100 million global active users, but some believe the messaging app is now closing in on 200 million.