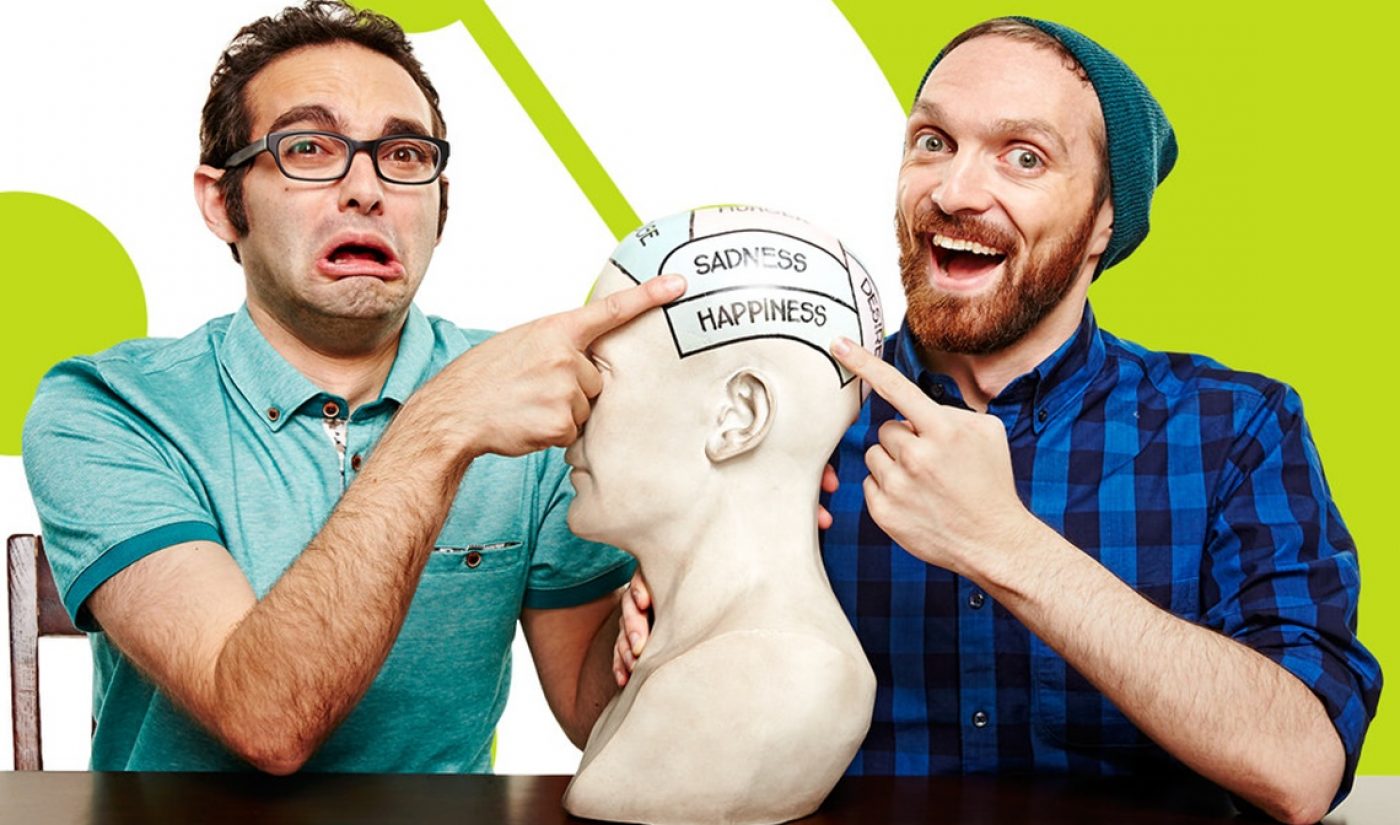 The guys who rose to prominence by dishing out Internet spoilers and collecting reactions to viral videos will soon connect the dots between disparate topics. The Fine Bros, whose 13 million subscribers make them two of YouTube’s biggest stars, will premiere the first episode of their second TV series, Six Degrees of Everything, at 9:30 PM EST on August 18th on TruTV.

Six Degrees of Everything, as its title implies, which give its subjects the Kevin Bacon treatment by linking them through a series of intermediate topics. The first episode, for example, will somehow find a connection between Albert Einstein and breast implants, while checking in with Elvis Presley and The Incredible Hulk along the way. The goal, as Benny and Rafi Fine explain in a video they made with TruTV, is to provide high quality “edutainment” for viewers. “With every topic we’re touching upon,” says Benny Fine in the video, “we’re going to give you something that [makes] you go, “Woah, I didn’t know that, and I gotta tell someone.”

Six Degrees of Everything, which was announced in March, is the second TV series led by The Fine Bros. Previously, they brought ReactToThat, a program based off their React franchise, to Nickelodeon. Six Degrees seems more important than The Fine Bros previous TV effort, since it represents a completely original concept. “This is one of the first TV shows from a YouTube creator to not be based on anything they did online,” explains Rafi Fine in a YouTube video. “This is just a brand new idea we had, and if it’s a success, it can continue to show there’s no reason for online creators to not be taken seriously, just like anyone else in the TV and film industry, and get bigger opportunities like this.”

The conclusion, as Benny and Rafi put it, is that it is very important for Six Degrees to do well, since it has the potential to open up new opportunities for digital content creators. If that’s important to you, you can do your part by tuning in beginning on the 18th.