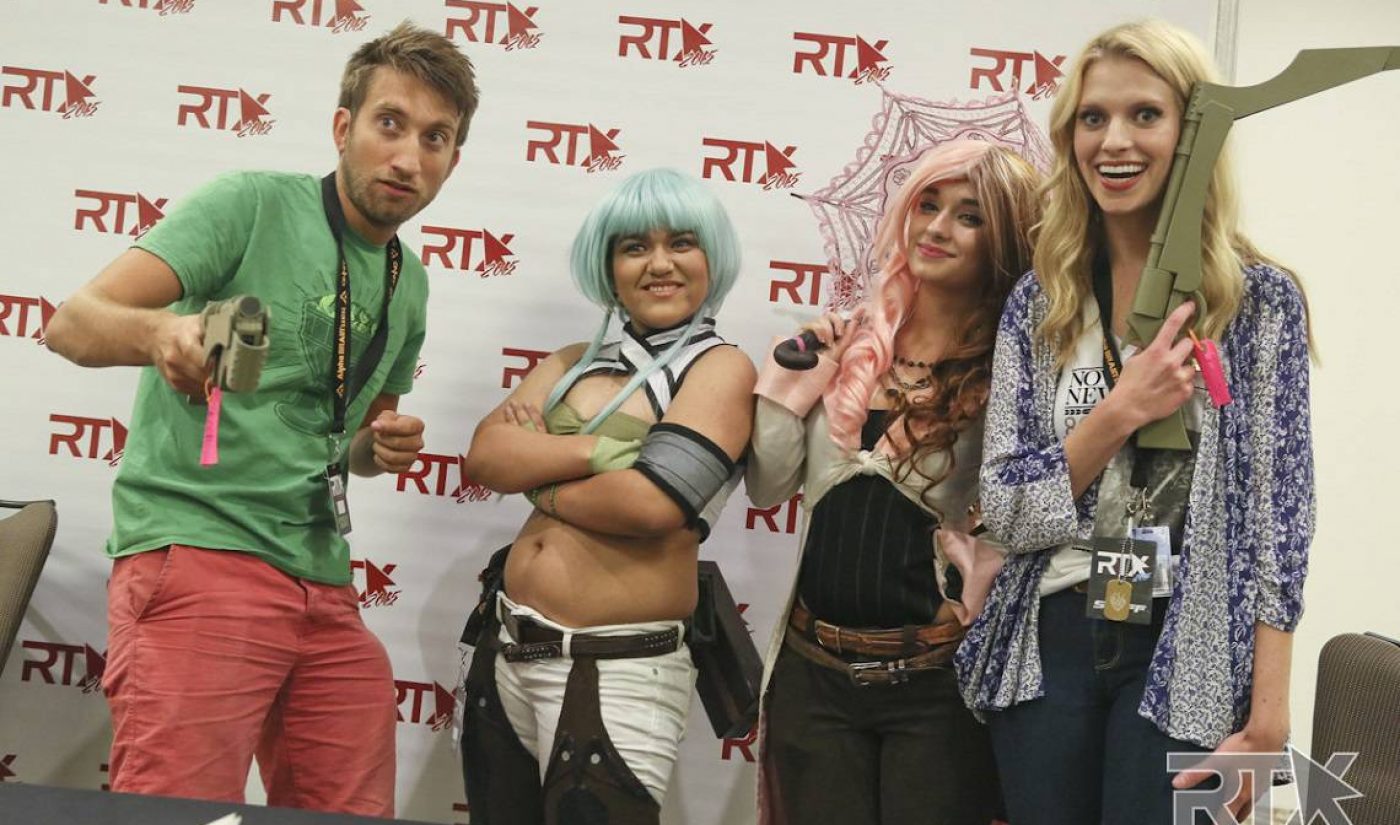 Over the last five years, Rooster Teeth’s flagship convention, RTX, has grown from a small gathering of fans to a huge three-day spectacle other online video production companies could only dream of hosting. With tens of thousands of attendees, special guests like Freddie Wong, and demos of unreleased video games like Behemoth’s Pit People, in a few short years RTX has become an event to be reckoned with.

Much of the success of the yearly, Austin-based convention stems from Rooster Teeth (aka RT) Community Manager, Barbara Dunkelman. At an interview with Tubefilter during RTX 2015, the 26-years-young staff member discussed the event’s humble origins, its explosive growth, and the future of RTXs around the world.

Dunkelman said RTX was initially conceived after RT staff members decided it was better to host one giant get-together instead of individually attending separate fan events around the world. “We love our community,” Dunkelman explained. “We wanted to see them and give back to them, and host a really cool party with them.” Dunkelman started helping RT co-founder Gus Sorola plan RTX in 2012, and back then, she “had no idea it would grow this quickly.” “I knew it would grow eventually,” the RT community manager said. “I thought maybe we’d be at this capacity in 10-15 years, not five.”

With that explosive growth came some unique issues. For example, Dunkelman pointed out how over the years, RT has tried to expand the event outside of the company’s own content to attract more gamers and fans from the web at large. But that meant program planning and autograph coordination for RTX became increasingly difficult to manage each year as fan-favorite and general-topic panels started to overlap. For example, this year’s Red vs. Blue panel took place at the exact same time on Saturday as the first Achievement Hunter panel, and in two different venues no less.

“Things that are really popular, like the podcast or Achievement Hunter or RWBY, all 40,000 attendees want to go to those things,” said RT’s community manager. “But we can’t accommodate that; we can only accommodate 4,000 people at a time [for the large panels and autograph sessions].”

Despite the drawbacks to RTX’s growth, Dunkelman and Sorola have a new planning partner to lean on – RT’s parent company Fullscreen, which acquired the production company in November 2014. Dunkelman claimed RT’s gaming and online video-themed event was already better in 2015 compared to previous years, as Fullscreen’s sales team helped her run the show floor and organize sponsors. “It’s still new at this point, but I think next year’s RTX will be even better,” Dunkelman stated.

In addition to growing the Austin-based RTX, RT now has a second official event to handle in Australia starting in 2016. The decision to launch RTXAU stemmed from the fact that RT already had event partners in Hanabee (a company which specializes in anime and pop culture licensing) and the Supanova Pop Culture Expo in Australia, both of which basically “teamed up to do it for us,” said Dunkelman, noting she and Sorola have barely had to do any work on RTXAU so far.

Additionally, Dunkelman said RT couldn’t overlook the rabid fan base in Australia. “I think the highest views per capita is Sydney for all of our videos,” she explained. Dunkelman hopes the first year of RTXAU will be like the second one of RTX, where it was a “couple thousand people” and a few panels, but still felt like a “close-knit community event.” Dunkelman explained her and Sorola’s long-term goals for RTX are to make it “the best it can be.” Dunkelman believes keeping multiple venues will allow the Austin-based RTX to grow larger and attract even more attendees. Additionally, Dunkelman noted RT’s desire to expand the event to more countries outside the U.S. and Australia. “After Australia, we’d definitely like to go to the UK, and then Canada, because I’m a little biased,” said the Ontario native.

All these plans will certainly come with their own set of snags and frustrations as RTX expands domestically and across borders. But the RT staff member said the excitement and energy she sees from fans at the event makes all the troubles worth it. Additionally, she’s just stoked she’s “able to pull this off” each year.

“It’s something I work on all year round, especially the last six months before the event,” Dunkelman explained. “And putting all of your energy and all of your focus into something and then seeing it work, seeing people enjoy it and be thankful for it happening… just seeing it be a success after all your hard work is so rewarding.”