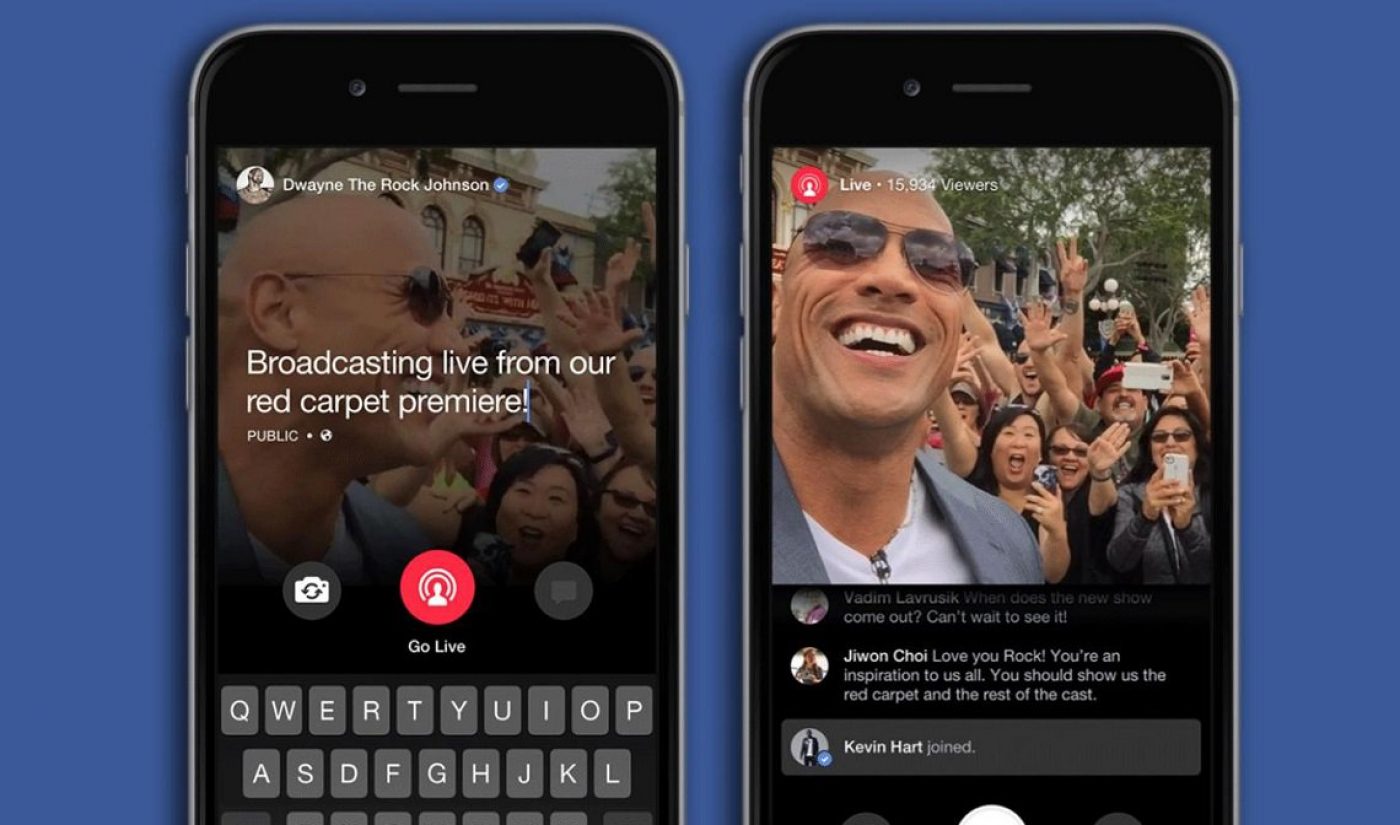 According to TechCrunch, Facebook explained via an email it would soon start allowing verified profiles access to the Mentions app, which houses the Facebook Live broadcasting feature. The social site debuted Live on August 5, but at the time, it was only available to some celebrities like Dwayne “The Rock” Johnson, Martha Stewart, and Michael Bublé.

The way Facebook Live works is similar to Meerkat or Twitter’s Periscope. VIPs can use the live streaming feature to start a broadcast, which automatically shows up in the News Feed of users who have liked that celebrity’s page. Fans can interact with the Facebook Live streamer by leaving comments which overlay on the video feed.

Facebook Live boasts a few different benefits compared to Periscope or Meerkat, though. First of all, Live saves all broadcasts for future viewing (a smart tactic on Facebook’s part considering these live streams will only add to its ever-growing original video library and its ability to deliver video ads). Meerkat doesn’t save live streams at all, and Periscope users’ broadcasts are only available for 24 hours.

Additionally, Facebook Live could be considered a more efficient and practical live streaming option because users already have a built-in following, unlike on Periscope or Meerkat. Live product manager Vadim Lavrusik told TechCrunch that public figures already share content with fans on a regular basis. “We think this will be an awesome experience for both public figures and also users,” Lavrusik said. “We want to get feedback from both public figures and viewers as we evolve the product.”

TechCrunch believes Facebook will make the Mentions app and Live feature available to verified accounts by the holiday season of 2015.