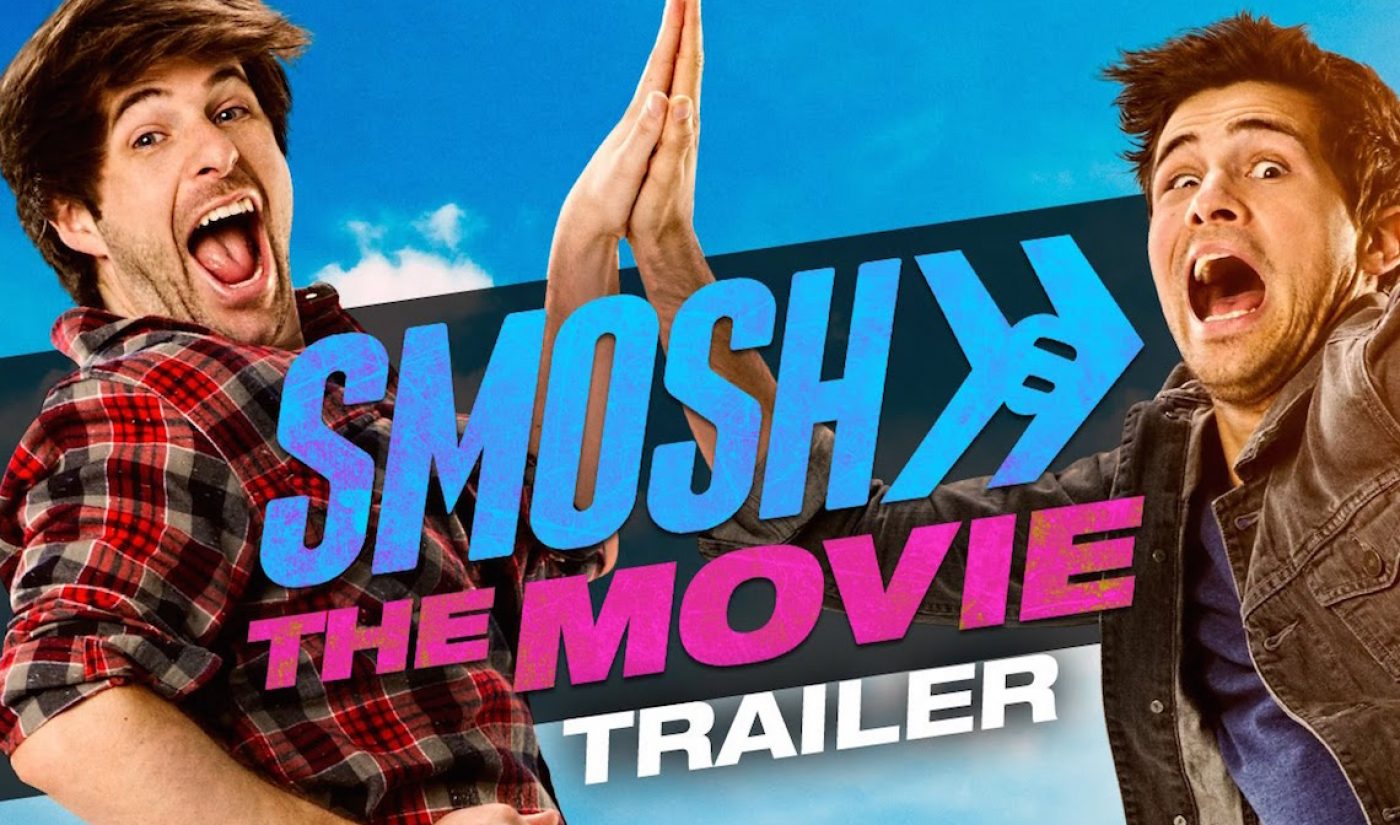 Smosh: The Movie is officially a top entertainment choice among digital viewers. On July 24, 2015, the feature film starring the long-time YouTube comedy duo comprised of Anthony Padilla and Ian Hecox peaked on the iTunes comedy film chart at #1, and on the service’s overall movie chart at #2.

Produced by both DEFY Media and AwesomenessTV, Smosh: The Movie follows the duo as they try to eliminate an embarrassing video of Anthony so he has a chance at love with his high school crush. With the feature film’s official release on July 23, right alongside VidCon and with a lot of press, it’s little surprise the movie managed to land such high positions on the iTunes charts.

Lionsgate obtained distribution rights to Smosh: The Movie when the film deal was first announced back in September 2014, and the movie’s trailer dropped a few months later in June 2015. AwesomenessTV and DEFY also took back the distribution responsibilities of the flick before the film’s release. You can now purchase Smosh: The Movie from the iTunes Store or Vimeo On Demand for $9.99. Presumably, the title title will be available on other pay-to-view and SVOD platforms (similar to the trajectory of Expelled or Camp Takota) in the not-so-distant future.

Smosh currently boasts over 20 million subscribers on its main channel. For this accomplishment, Padilla and Hecox were just awarded the brand-new Diamond Play Button from YouTube.