YouTube Spaces Are Coming To Toronto And Mumbai, Getting 360 3D Video Cameras For Creators 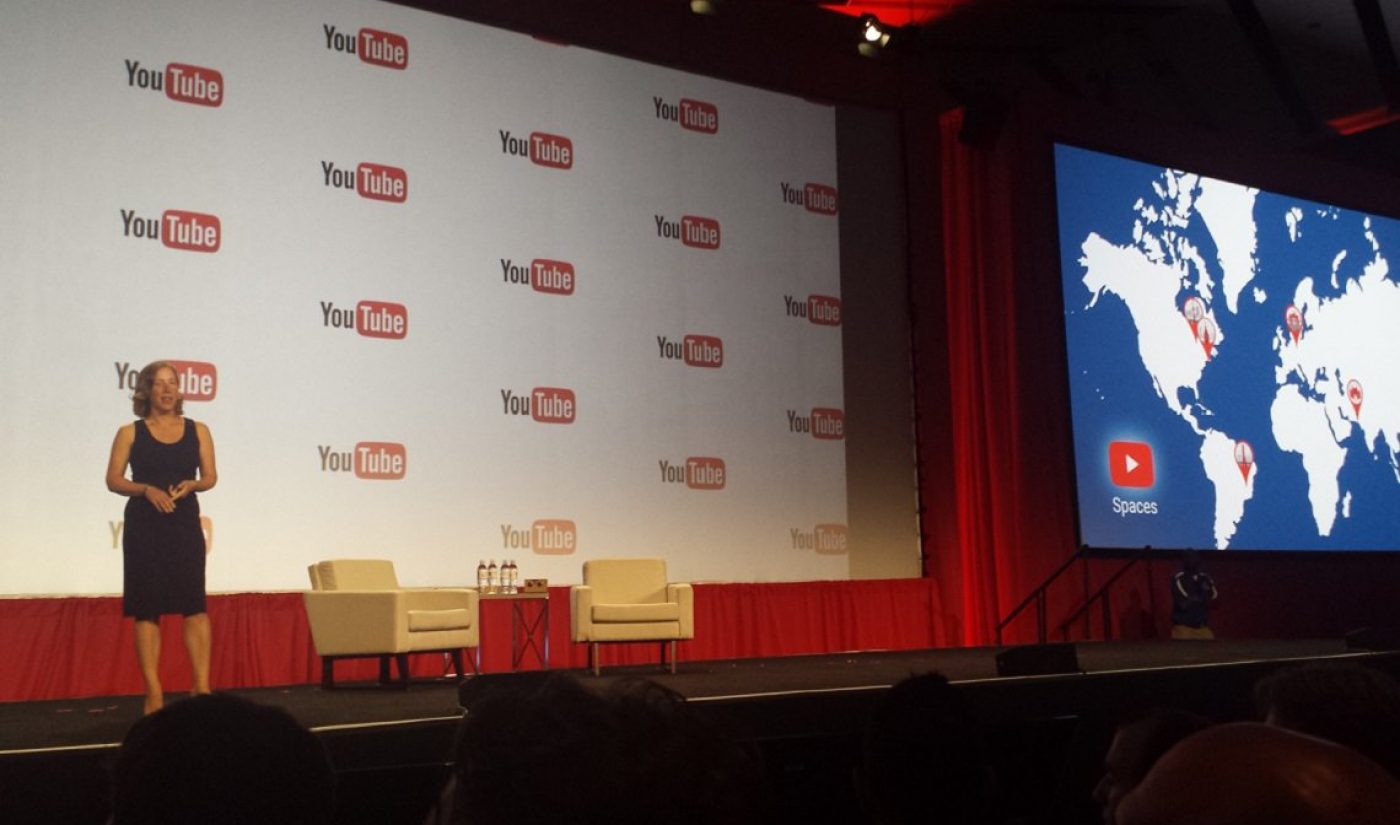 With the first day of VidCon 2015 coming to a close, YouTube CEO Susan Wojcicki took to the stage in front of a packed ballroom to deliver the closing industry keynote. After re-emphasizing YouTube’s dedication to its creators, Wojcicki revealed the online video site’s plans to open up two new YouTube Spaces in Toronto and Mumbai, complete with support for 360-degree 3D video filming.

In addition to the new production locations, Wojcicki again circled back to the theme of creator development when she explained all YouTube Spaces would start providing full support for 360-degree 3D content. “Later this year we’re going to launch support for 360-degree videos in 3D, which is what will enable truly immersive virtual reality experiences,” Wojcicki said. “And we’re going to make sure all our Spaces are outfitted with the latest Jump cameras that capture 360-degree video in 3D in unprecedented quality.”

YouTube Spaces around the world already helped to facilitate filiming in the 360-degree format as of May 2015. With the addition of 360-degree 3D capture options, creators will have even more opportunities to wow their audiences. “We’ve seen big name artists like Avicii and Bjork do some breakthrough things with 3D video but we want to empower all of you to chart this new frontier,” Wojcicki noted.

YouTube’s CEO ended her keynote by affirming the vital relationship between YouTube and its creators. “YouTube succeeds only if you, our creators, succeed,” Wojcicki explained. “You’re the reason that we’re all here today; you’re the reason that VidCon exists in the first place.”