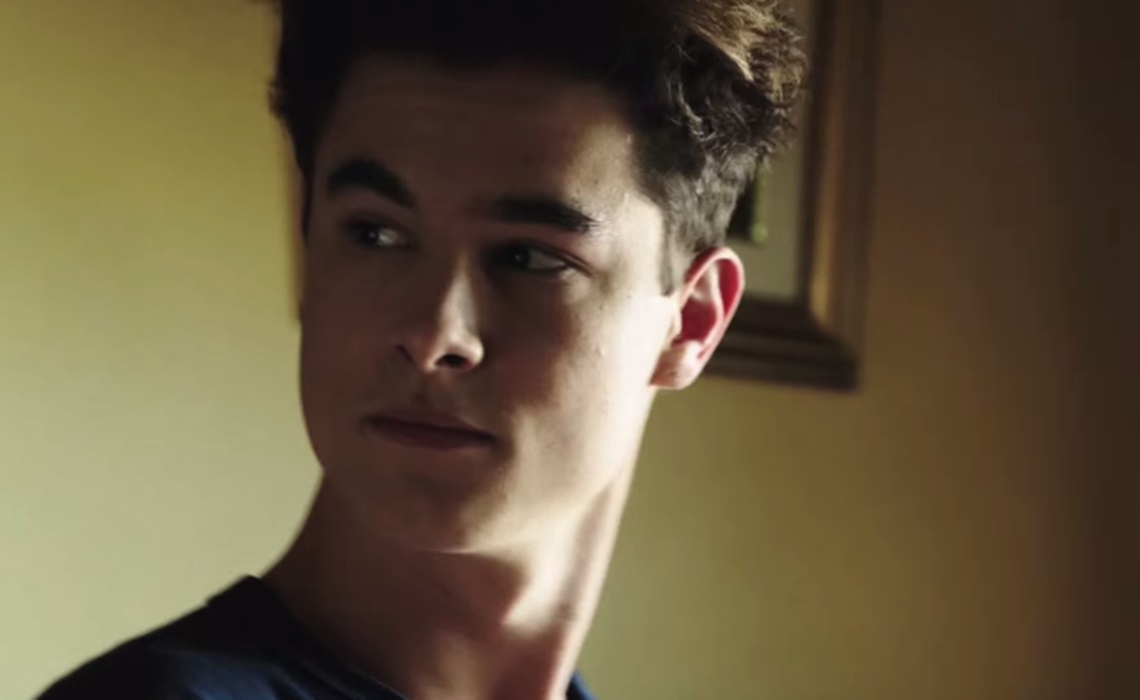 Yesterday, we shared a profile of Sawyer Hartman, who is using Vimeo On Demand to distribute his upcoming project Parallax Theory. Hartman is one of several guests who will participate in regular sessions at the Vimeo Studio during VidCon. The day after his event at Vimeo’s space, the two founders of Supergravity Pictures – Marc Hustvedt and Max Benator – will stop by to talk about their work converting digital video stars into feature film leads.

Supergravity, which launched in 2014, already has several films on its docket, including Kian Lawley vehicle The Chosen, which will premiere adjacent to VidCon. As Supergravity builds out its library, it is working closely with Vimeo On Demand, with which it struck a four-film deal this past January. We spoke to Benator about Supergravity’s plans, its partnership with Vimeo, and the increasing intertwined media landscape.

Tubefilter: What factors and trends led you to found Supergravity?

Max Benator: Marc’s experience with Camp Takota and my experience with top talent while at CDS as well as my experiences with The Fine Bros proved to us, without a shadow of a doubt, that long-form, high-quality entertainment was something that a whole army of under-represented fans wanted and that there was a stable of talent that could deliver on that desire.

We also believe ‘connected talent’ will be ALL talent on a go-forward basis. This separation of traditional and connected is only a short window while connected generations grow into more substantial budgets and projects. In a few short years, most of the talent we see in our favorite films and shows will have a direct relationship with their audience. We don’t view what we do on the creative side of things as any different than what a more traditional film business does. We work with the best partners we can on a particular piece of creative.

We did however see a big opportunity on the business side, where these fans weren’t getting the films they wanted delivered directly to them. There are some cost issues on the traditional side of the game. Big, bloated budgets, etc. So we saw a pathway to solve those things while simultaneously delivering great films directly to audiences that want them.

TF: Are there any noticeable ways in which the filmmaking process is different for films based around digital stars?

MB: Not at all. The filmmaking process is always a creatively evolving process, whether it was directors experimenting with color or sound for the first time many decades ago, or Walt Disney taking a risk on the first feature-length animated film. We entrust our directors and producers to make really great entertainment. Nothing about our unique business approach changes that part of the process.

TF: YouTube audiences have been historically resistant when it comes to paying for content. Why do you think they’re willing to pay $10-15 for a feature film?

MB: I’m not sure I agree with the premise. We’ve seen an overwhelming desire from fans to pay for content. Entire platforms like Kickstarter emerged seemingly purely to service projects that fans want to pay for yet no traditional gatekeepers were financing. This goes back to the beginning of the YouTube era, with The Guild getting its start with a $500 donation or Freddie Wong’s VGHS raising millions from fans over multiple seasons. And more recently, Camp Takota, Expelled, Connor Franta’s music efforts, PewDiePie, Tyler Oakley, and the Vlogbrothers’ respective charity efforts, and countless passion projects from online creators have generated many millions in revenue.

Now, whether or not YouTube can successfully launch a transactional platform is another question others are probably better suited to answer. But the fans are ready, willing and excited to pay for great entertainment from their favorite creators.

TF: Why did you choose to partner with Vimeo On Demand? What do you see as that platform’s big advantages when it comes to film distribution?

MB: Vimeo is well-known as a premium video product. We love identifying with them from a brand perspective. They have a great technology team that ensures we don’t have to worry about our films getting delivered as ordered. They have marketing heft and are bringing that to bear on our films. They stepped up and demonstrated to us they were willing to commit in a real way to four of our films. We couldn’t be more excited about our partnership.

TF: What is the number one thing you hope attendees take away from your Vimeo Studio session?

MB: That the creative world Supergravity lives in is the same world that any film lives in. We are not a subset of another business or just a part of the ‘digital’ business or YouTube business. I believe we’re building systems that are smarter than most across digital and YouTube, but from our talent to the fans that enjoy our films, we are simply great entertainment that’s just a click away.