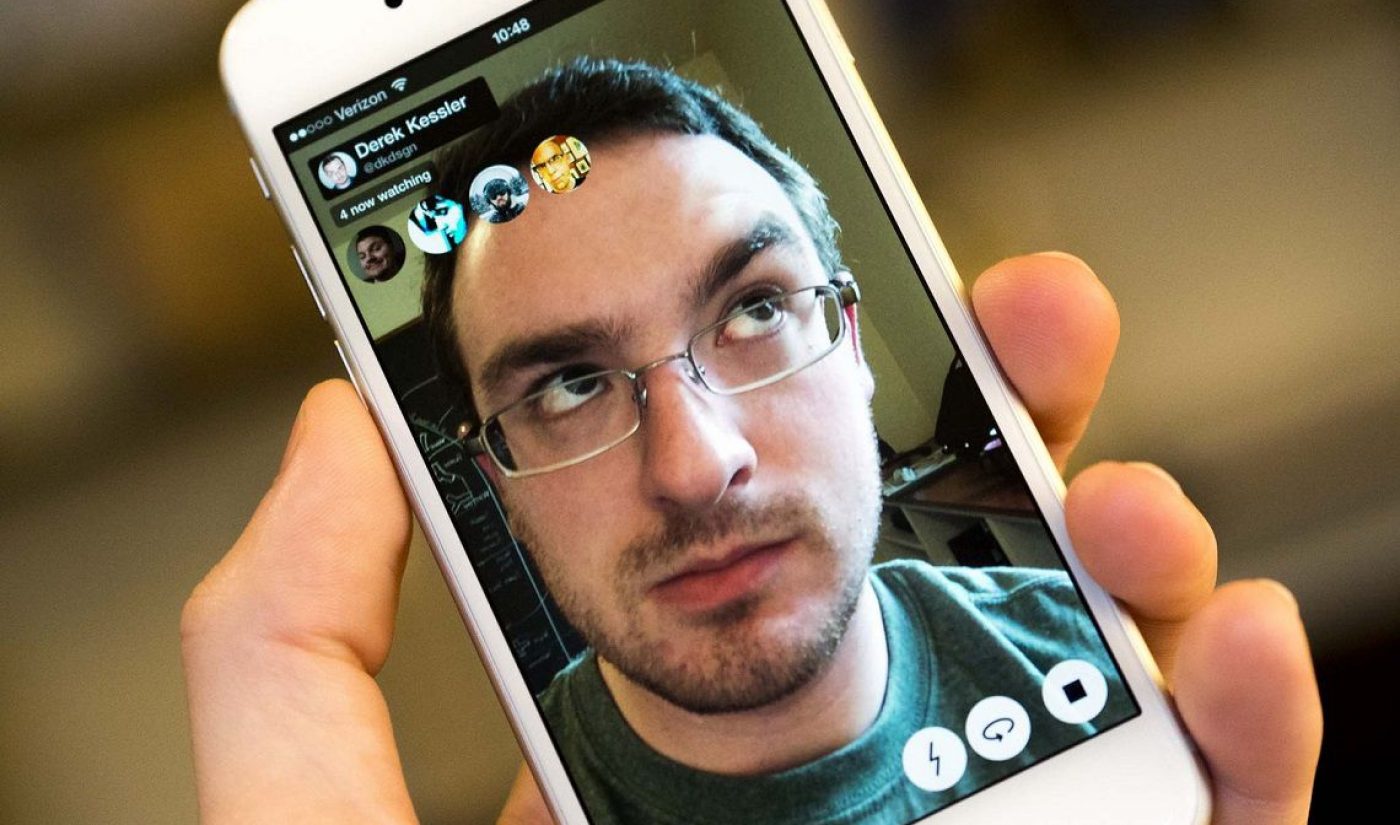 Meerkat just introduced a useful new feature which should appeal to brands and users alike. The live streaming app, which touts high-profile users like Madonna, has launched a mode called Cameo that lets users turn over their live streams to new hosts who can continue the broadcast.

Cameo (which is consequently the same name as Vimeo’s video-editing app) lets live streamers invite viewers to participate in broadcasts by tagging them. Invited viewers then get 60 seconds to live stream their own feeds. Both users can end the co-hosting broadcast at any time, and the stream will return to the user who originally started the live feed.

Additionally, when users participate in a Meerkat Cameo stream, their friends and family will be notified of the broadcast on connected social media outlets. This becomes a powerful way to gain more viewers and possible co-hosts, especially considering Meerkat is working to integrate Facebook into the app as a way of logging in.

“By connecting Meerkat with Facebook, we greatly increase the chances that you will be able to take part in conversations, events and moments with those whom you are most familiar,” Meerkat said, as reported by CNET.

Interestingly enough, Meerkat’s new co-hosting feature works similarly to how Facebook’s experimental app Riff functions. That collaborative app lets users film videos of up to 20 seconds in length and set a theme related to the clip, such as “happy birthday” or “vacation time.” Then, those users’ friends on Riff can add to the initial clip and create a longer video thread.

Meerkat confirmed with AdWeek several brands and creators have already started testing Cameo on their accounts. These users include Michelle Phan, Mastercard, TMZ, Fox, CW, and the Weather Channel.