5 Ways To Reach 100K YouTube Subscribers, From A Creator Who’s Done It 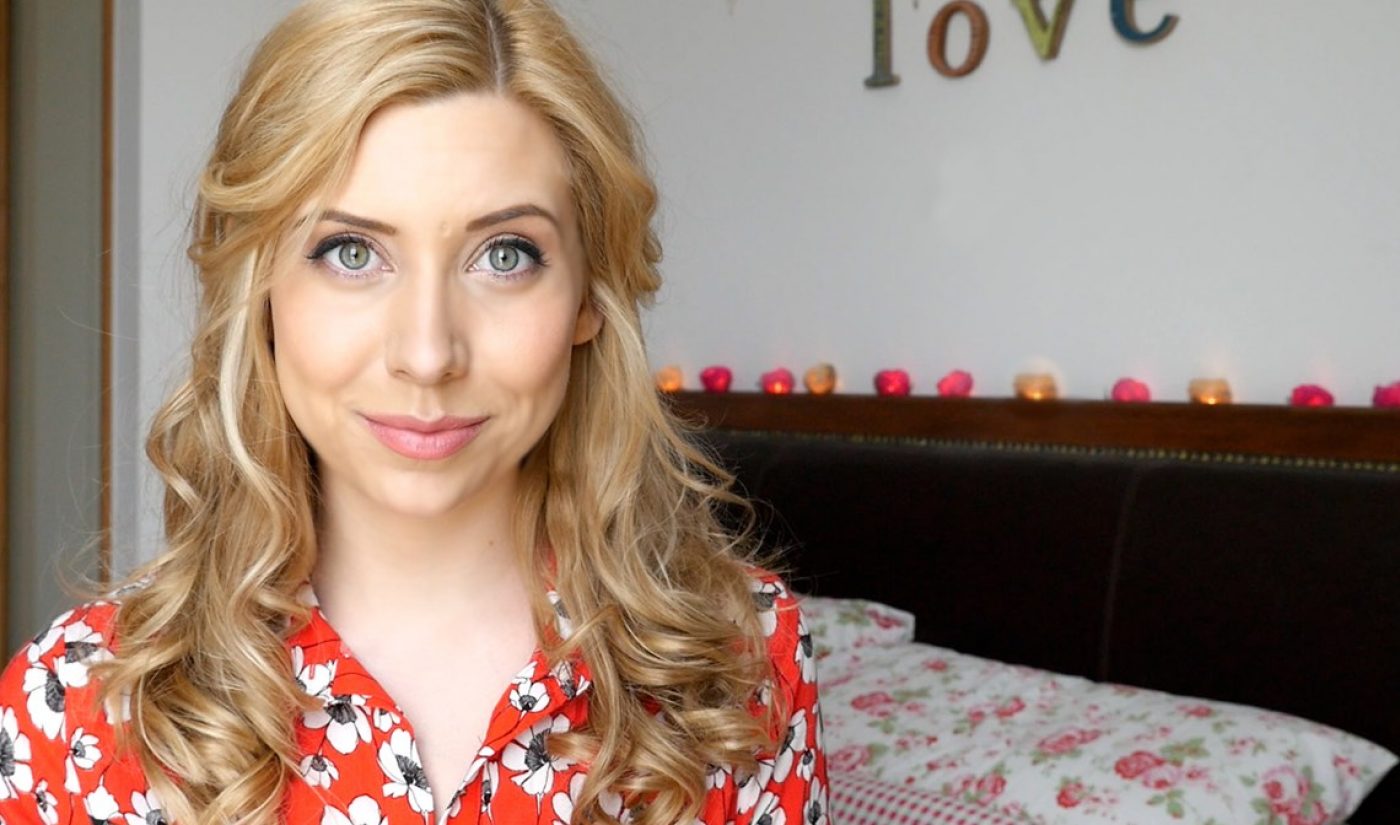 I’m Hazel Hayes and I run a YouTube channel called ChewingSand. It’s mostly vlogs and short films. Last year, I left my job at YouTube (i.e. Google) to be a full time YouTube Creator, which essentially means I now make videos for a living! But it takes a lot of hard work to build a career on YouTube and a big part of that is growing a loyal audience who will regularly come back to watch your content. This is why one of the big milestones, and often the hardest one to reach, is your first 100k subscribers.

For me, hitting 100k has meant more recognition for my work, the self-satisfaction of seeing my channel grow, more opportunities to do amazing projects and meet amazing people (like speaking with Guillermo del Toro about a horror film I made), more offers from brands wanting to work with me, and therefore the financial stability to keep doing what I love!

YouTube is not a competition. Sure, Creators might strive to be as big or as talented as their peers, but that’s all pretty healthy in my opinion. When it comes to audiences, we share one global audience, and one creator getting more views doesn’t mean another will get less. In fact, if someone tunes into YouTube to watch one video, they’ll probably stick around to browse other related videos and channels, so everyone’s a winner. All ships rise in high tides. No Creator is an island. (Other sea related metaphors are available upon request.)

Collaboration has been a major factor in the growth of my channel and I don’t deny that I’ve been extremely lucky having other YouTubers around who wanted to collab with me. But I know that the first step in securing collabs is making content that people will want to be involved with. The second is bringing good ideas to the table (don’t just email and say, “Hey, can I be on your channel?”). And the third is not being too picky about size! If I only ever collaborated with channels bigger than mine, I’d have missed out on a lot of great videos, like baking Groot cookies with Daniel J Layton or writing a song with Tom Rosenthal.

And don’t forget off screen collabs. too. The people behind the camera can sometimes have a bigger impact on your content than those on screen. My first short film, Super Brainy Zombies (Yes, that’s the actual title.), would never have been made if it weren’t for a massive on and off screen community effort. This is a perfect example of how collaboration should be about making something cool that you couldn’t otherwise have made. Do that and the audience will follow.

I cannot emphasise enough how important a schedule is. When I started uploading more regularly and chose an upload day/time, I found my audience came to expect it and therefore were more likely to watch. I also noticed that having a schedule added structure to my own video-making routine, which meant I became more organised and less stressed. Scheduling is about planning ahead too, and knowing what you’re going to upload for the next few weeks or even months. This way you don’t wake up every Monday morning thinking, “crap, what am I gonna make this week?”. And you can plan in advance so that you still have a life offline!

You should think about your viewers’ schedules too. Humans are creatures of habit and this is as true on YouTube as anywhere else. Remember how excited you used to be when a new episode of Buffy came out? (Just me? … Okay?) Well that’s how people still feel about content. Give them something to “tune in” for. Choose an upload day or days, maybe have particular days for particular kinds of content, stick to that schedule, and make it clear to your audience. If your audience is young, maybe upload after school or on weekends. If your fans are a little older, what about Friday afternoons when they’re physically at their desks but have mentally checked out from work? We all do it!

Tentpole is a very “YouTubey” term that basically means a big seasonal or current event like Valentine’s Day or the release of a long-awaited film. These are things that people outside the world of YouTube are aware of, talking about, and searching for. So, making a video that ties into a tentpole event can help drive new audiences to your channel and make your content more relevant.

Recently, I uploaded a video called Fifty Shades of Grey (which is not what you think it is) to tie in with the release of the film. It got over 120,000 views in two days! Two years ago, I made a comedy sketch called Unnecessary Otter for Halloween and it was my first video ever to reach 100k views. I’ve since gone on to make three more episodes and a four part scripted series of that show.

In December 2014, I uploaded a collab video every day in the lead up to Christmas Day and called it Collabmas (genius, I know). Uploading daily, having new guests on my channel and appearing on some of theirs, and keeping everything Christmas-themed, proved to be a winning combination. I gained 16k subscribers that month and had around three times more monthly views than usual.

I uploaded my first video in May 2012 and over the next two years I amassed a following of 60k subscribers. And that’s pretty cool in it’s own right, but in June 2014 I left my 9-5 job and started running my YouTube channel full time. Between June and December 2014 my channel doubled in size, and I finished the year with 120k subscribers. Now, I’m not great with numbers, but that’s another 60k subscribers, which is 100% growth, in roughly a quarter of the time it took me to get to the first 60k.

I’m aware there were various factors involved in this spurt in growth, including some of my other points like collaboration, scheduling, and tentpoling. But I feel like these things, along with every other aspect of my channel, benefitted from me being able to give it my full time and attention.

I’m also aware that making the decision to go against your better judgement (and often that of everyone around you), to ignore that little voice asking, “What if I fail?”, to endure the constant worry that you might at any moment actually vomit on your own shoes, to quit your full time job with its guaranteed monthly salary, pension, perks, and pretty window desk to go it alone, is a difficult thing to do, and not to be taken lightly. And I’m not saying you should march up to your boss and quit right now. I’m just saying that when you’ve reached the point (and you’ll know it when you reach it, it’s a bit like true love, this point) where your channel is almost financially viable, but it will always be almost unless you start working on it full time, it’s worth considering your options.

Can you double down, increase the time and commitment you give to it, and will it be worth the risk? Put it this way, I don’t know any business that became successful while the person trying to run it was doing another full time job. Just something to consider…

My biggest worry for my channel has and probably always will be the fact that I make a wide variety of content, and most big channels don’t do this. I started out making vlogs, and I still upload them regularly, but over time I developed my passion for filmmaking, so you’ll also find web series and short films on my channel. I have a series called Tipsy Talk, where me and a friend discuss life, the universe and everything over a glass of wine. I upload songs because I love singing. I have a monthly vlog series called Time of The Month, where I document my whole life. And the topics I cover range from women’s rights and online culture to fashion, films and silly games. I’m exhausted just thinking about it…

The advice I always hear is to be niche, to choose one topic and stick to it, and I haven’t done that. I am moving towards a more cohesive structure this year, but technically I shouldn’t have made it this far with my current structure. Looking at my channel to date though, I realise that it’s story of my life on and off YouTube, the things I’m passionate about and my journey to becoming a filmmaker, which is ultimately what I want to do.

My authenticity and humour and adventures and opinions are what people tune in for. In other words, I am the glue that holds my channel together, and it is important that every channel has some. It might be music or fashion or science or even you yourself, but figure out what your glue is, and apply some to each video!

Hazel Hayes is a YouTube vlogger and filmmaker. Originally from Ireland, she currently lives in London, where she regularly receives packages of tea bags from her mother back home.