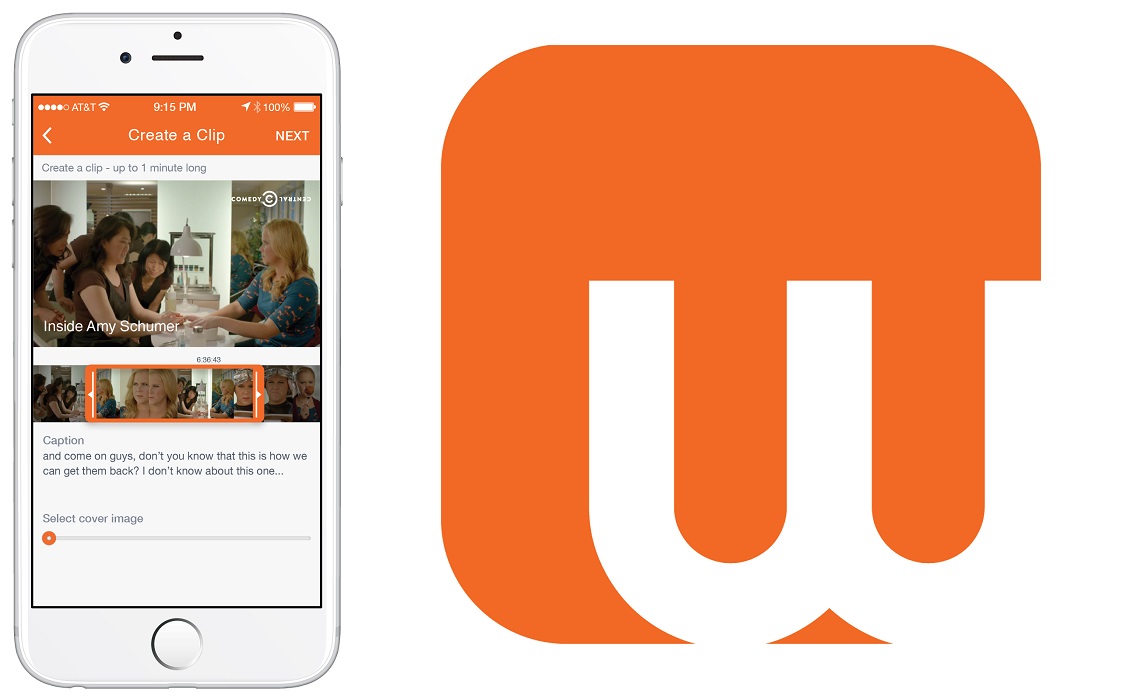 Whipclip has an influx of new cash to help expand its product. The mobile app startup, which lets users legally create and share short clips from TV shows and music videos, has raised $40 million in a Series C funding round, led by Eminence Capital, LP.

Whipclip will use the $40 million to keep developing its clip-sharing app and operations, as well as forging new deals with content partners. Under the terms of the financing round, Eminence Capital will now have a spot on Whipclip’s board of directors. Previous Whipclip investors Institutional Venture Partners and Raine Ventures also participated in the Series C round.

Currently, Whipclip has content deals with major television networks including ABC, CBS, FOX, A+E, and Turner, as well as music companies Universal Music Group and Sony Music. These partnerships allow the app’s users to create and share clips from TV shows like New Girl, Duck Dynasty, Dancing with the Stars, Inside Amy Schumer, The Last Man on Earth, and The Talk. Whipclip also has deals with over 25 publishing partners which allows them to embed TV show clips on the publishers’ owned sites.

“Whipclip offers a new way for consumers to legally share popular television shows and music videos and for content owners to promote their programming, drive social engagement and reach new audiences,” said Richard Rosenblatt, the co-founder, Chairman, and CEO of Whipclip, in a release. “Eminence is an important partner as we grow our business and this investment will enable us to enhance the Whipclip platform, broaden our audience and add more content partners.”

“By partnering with leading networks and content providers Whipclip is truly pioneering a new model to allow viewers to discover and interact with great content from broadcast media and the music industry,” said Ricky Sandler, Chief Executive Officer of Eminence Capital.  “We are excited about the company’s potential and are thrilled Whipclip chose to partner with us given their many options for capital. We look forward to working with the rest of the investors and management team to help accelerate Whipclip’s next phase of growth.”

You can learn more about Whipclip by visiting the app’s website, and you can find the mobile platform in the iTunes App store.