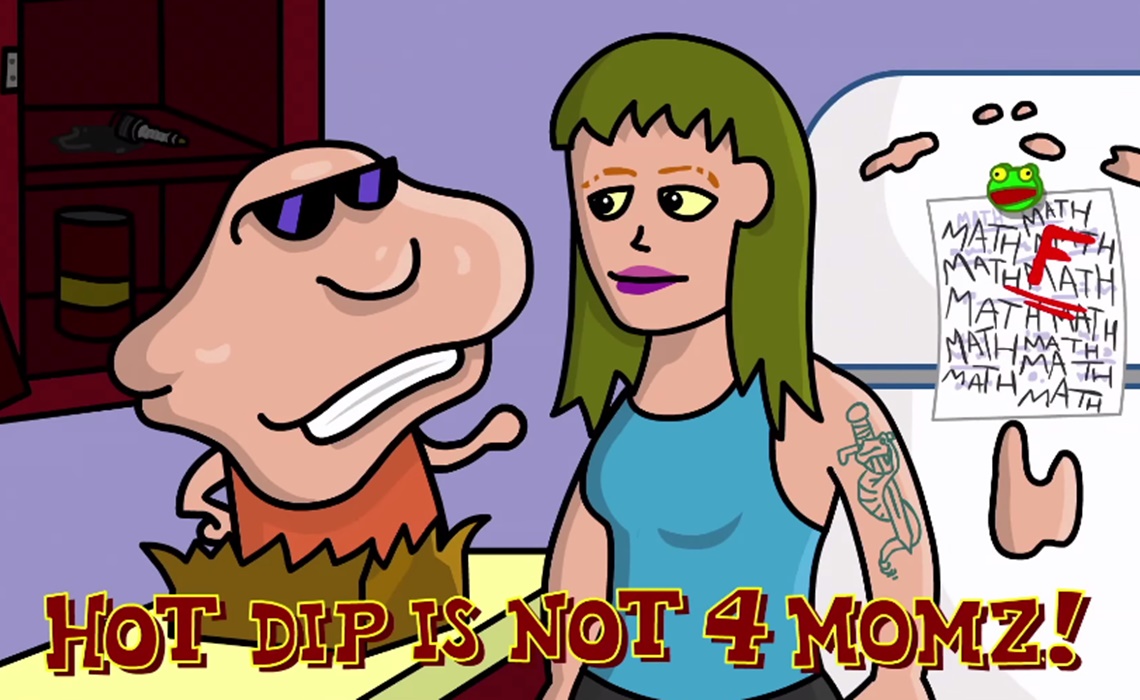 Homestar Runner, one of the web’s first great series, has been reduced to a relic since Matt and Mike Chapman (aka The Brothers Chaps) ceased regular updates on their most famous website in 2010. While Homestar Runner may be a thing of the past (a few occasional updates notwithstanding), The Brothers Chaps are still active, and their latest creation has arrived at your local computer screen. It’s called Two More Eggs, and you can find it on the Disney XD YouTube channel and Watch Disney XD.

The Brothers Chaps have had a development deal with Disney since at least 2012, and Two More Eggs is one of the projects born out of that deal. It’s a series of 40 animated shorts that will make their debut online before heading to the Disney XD TV channel later this year. At launch, the first three episodes of Two More Eggs are live. The best one so far is “Hot Dip: Not 4 Momz,” which has the same satirical, over-the-top tone as some of the best Homestar Runner installments.

Similarities aside, there’s plenty about Two More Eggs that separates it from The Brothers Chaps’ previous work. For example, one of the new episodes diverts from the duo’s signature animation style to incorporate 3D CGI (albeit in a humorous way).

“As we pursue new methods of development and short-form production, we looked to two trailblazers in the field, Matt and Mike, who created a beloved web series years before today’s ubiquitous video-sharing platforms even existed,” said Eric Coleman, SVP of Disney Television Animation. “This project epitomizes our development strategy – hire great talent and give them the freedom to create content with their unique point of view.”

No, Two More Eggs isn’t Homestar Runner, but that’s probably for the best. The Brothers Chaps have spent the last 15 years being defined by the same characters. You can’t blame them for dipping their toes in something a little bit different.

New episodes of Two More Eggs will arrive each Tuesday.