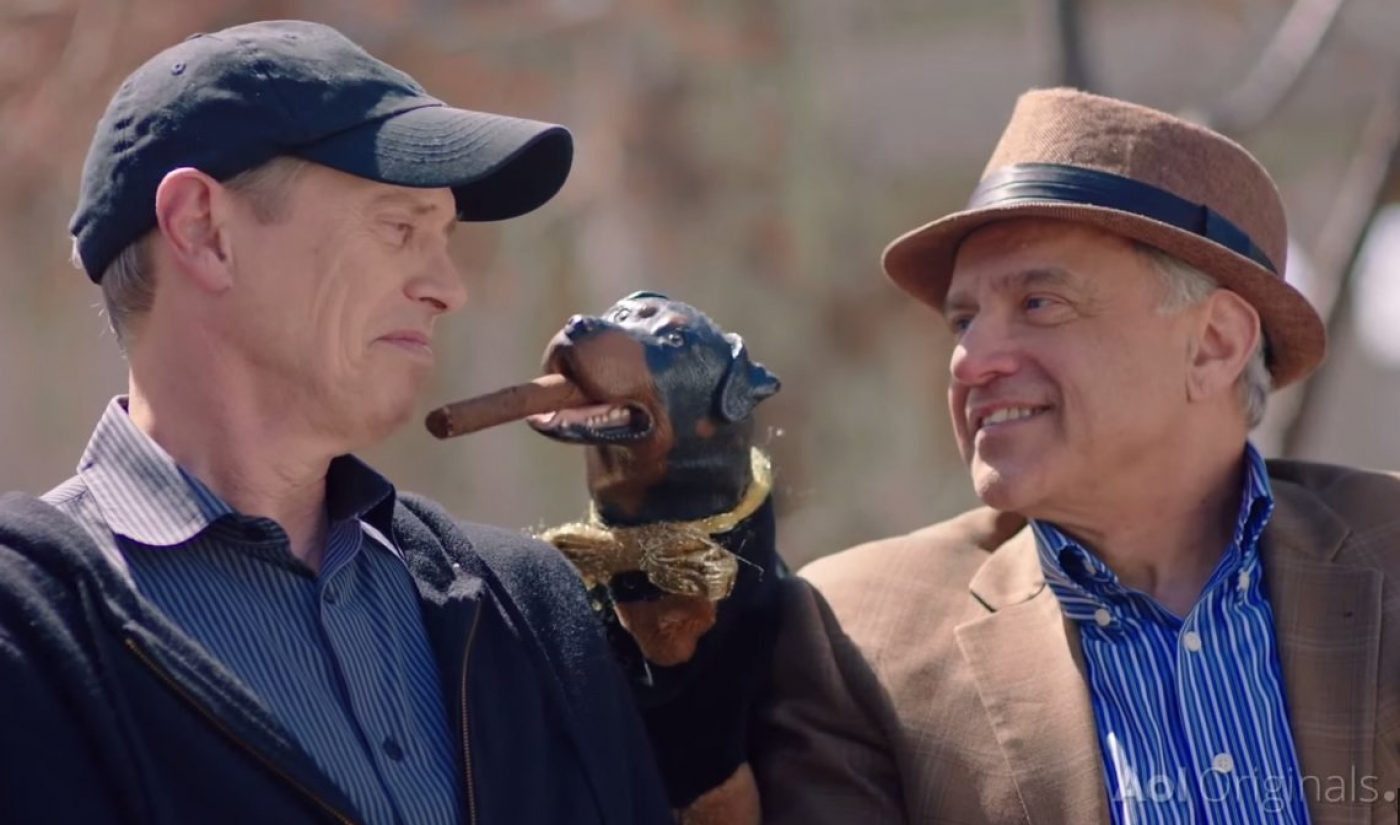 One of AOL’s original web series is back for another season. The media giant released the first episode of Park Bench with Steve Buscemi season two on June 18, 2015, with special guest star Robert Smigel as Triumph, the Insult Comic Dog.

In Park Bench’s premiere episode for season two, actor Steve Buscemi receives the call from AOL that his show has been picked up for another season. His celebration is cut short when Triumph starts insulting the web series and offers Buscemi advice on how to host. After relocating to a New York City park bench, Triumph simply returns to hurling insults instead of offering hosting tips.

AOL first announced Park Bench back in April 2014. The series did well with both fans and critics, even garnering an Emmy nomination for Outstanding Short-Form Nonfiction Program in 2014. AOL renewed Park Bench in April 2015, and released the first episode two weeks early on June 4 exclusively on Roku platforms.

You can watch the first episode of Park Bench season two on AOL On or AOL’s YouTube channel. New episodes will be released every week on Thursdays.