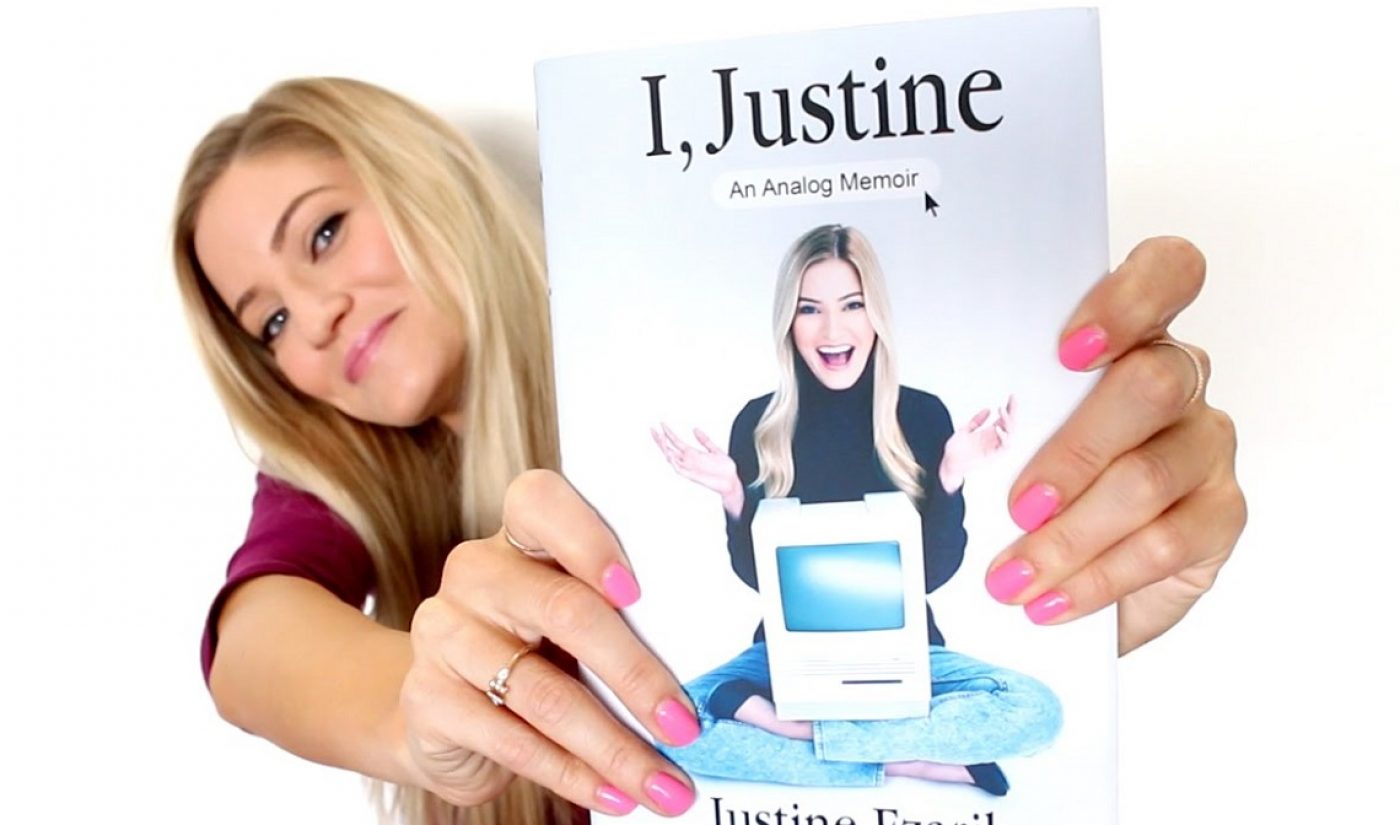 Justine Ezarik (known to the internet masses as iJustine) has joined the ever-growing ranks of published YouTube authors. The vlogger, who has amassed a following of 2.2 million subscribers on her YouTube channel, released her first book I, Justine: An Analog Memoir on June 2, 2015.

Announced back in May 2014, Ezarik’s memoir provides readers a detailed behind-the-scenes look into the vloggers’ life behind the camera, and the pressures and craziness that come with being a digital celebrity. Ezarik also addresses themes like entrepreneurship, creativity, and the importance of being yourself.

In an interview with Fast Company, Ezarik said she actually considered naming her book something entirely different. “After so many years of doing so much online, I began to think, ‘You know what, I’ll just save that story for the book,’” Ezarik said. “It got to the point where I was tweeting things, but that wasn’t really what was going on. I’d tweet, ‘Wow, what a great day,’ but that was the day my tires got stolen from my garage. I originally thought of calling the book Behind the Tweets, or Tweets I Never Sent.”

Ezarik also revealed she needed a little help understanding how to write in book format, which she received from her publishers at Simon & Schuster imprint Atria Publishing and digital celebrity-focused Keywords Press. “At first, when I started writing the book, everything sort of ended up as 140 characters, and then I’d hit return. Basically I was writing the book in tweet form,” the 31-year-old vlogger explained. “The people around me started to read it, and they’d say, ‘Justine, just want to let you know… a paragraph is at least five tweets.’”

You can order Ezarik’s book on its official site at ijustinebook.com. Based on the past success of books from other YouTubers, we wouldn’t be surprised if Ezarik’s book becomes a sales success.