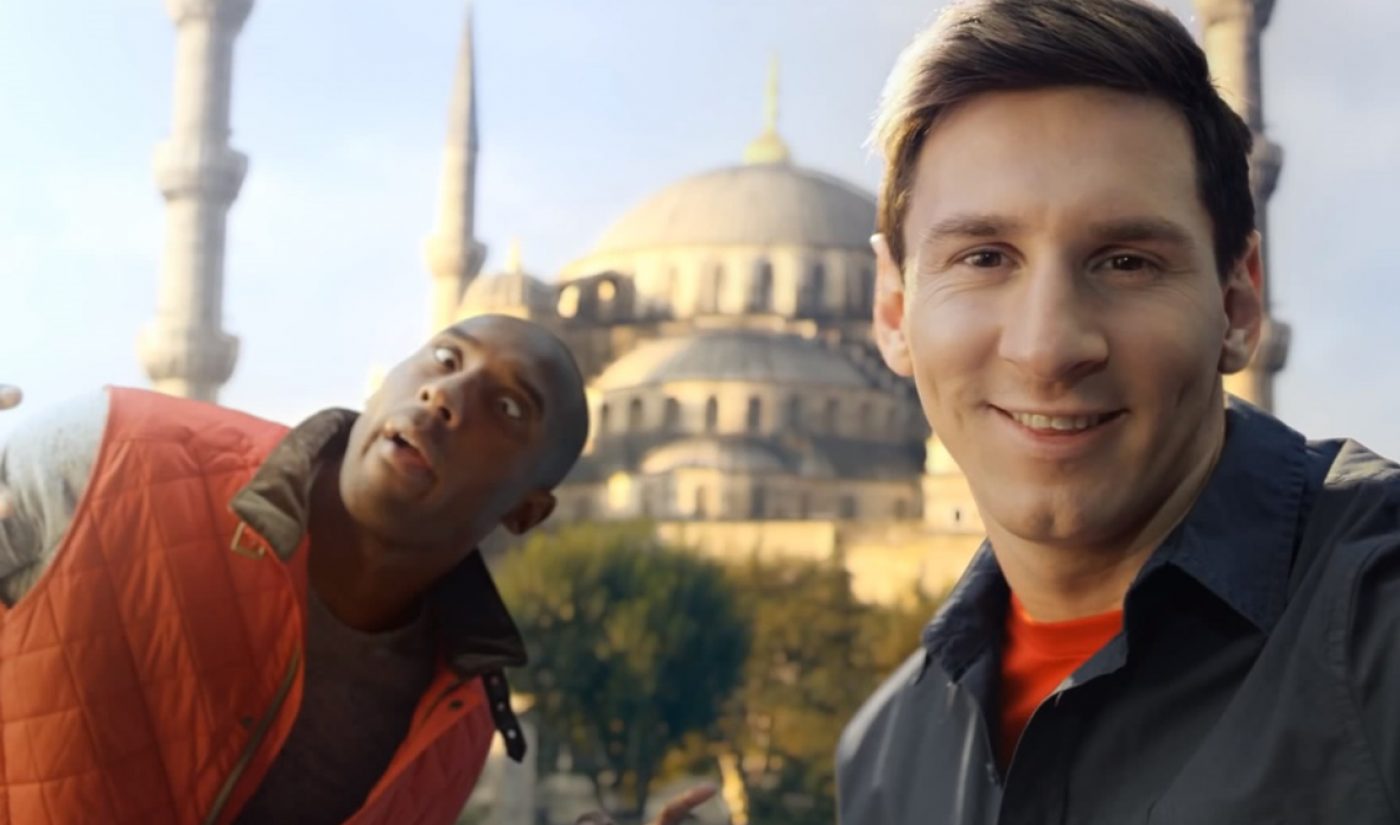 In May, YouTube announced a competition through which it would select the best ad from its first decade of existence. Instead of allowing viewers to vote for any ad from the past ten years, YouTube narrowed the selection down to 20 videos and asked its users to choose a favorite from among that group.

The voters ultimately decided on an ad driven by a pair of sporting celebrities. YouTube has announced Turkish Airlines’ “Kobe Vs. Messi: The Selfie Shootout,’ as the winner of its branded video competition.

The “Selfie Shootout” video features the two sports superstars as they jet around the world attempting to one-up each other with increasingly extravagant selfies. Since its release in 2013, the “Seflie Shootout” has become one of the most viewed branded videos of all-time, generating more than 140 million hits.

In claiming the top spot in YouTube’s competition, the “Selfie Shootout” beat out several other popular and beloved spot. The second and third spots went to a pair of Super Bowl spots: Volkswagen’s “The Force” and Always’ “Like A Girl,” respectively. Volvo’s “Epic Split” and Dove’s “Real Beauty Sketches” rounded out the top five.

Combined, these five videos have been watched for over 7.7 million hours,” reads a blog post from Google. “That’s over 875 years people chose to spend watching ads! Congrats to all of the winners and nominees and thanks again to all who voted.”

A second blog post outlines ten insights that can be gleaned from YouTube’s most popular ads. Spoiler alert: The most important tip of all is “More Jean-Claude Van Damme.”