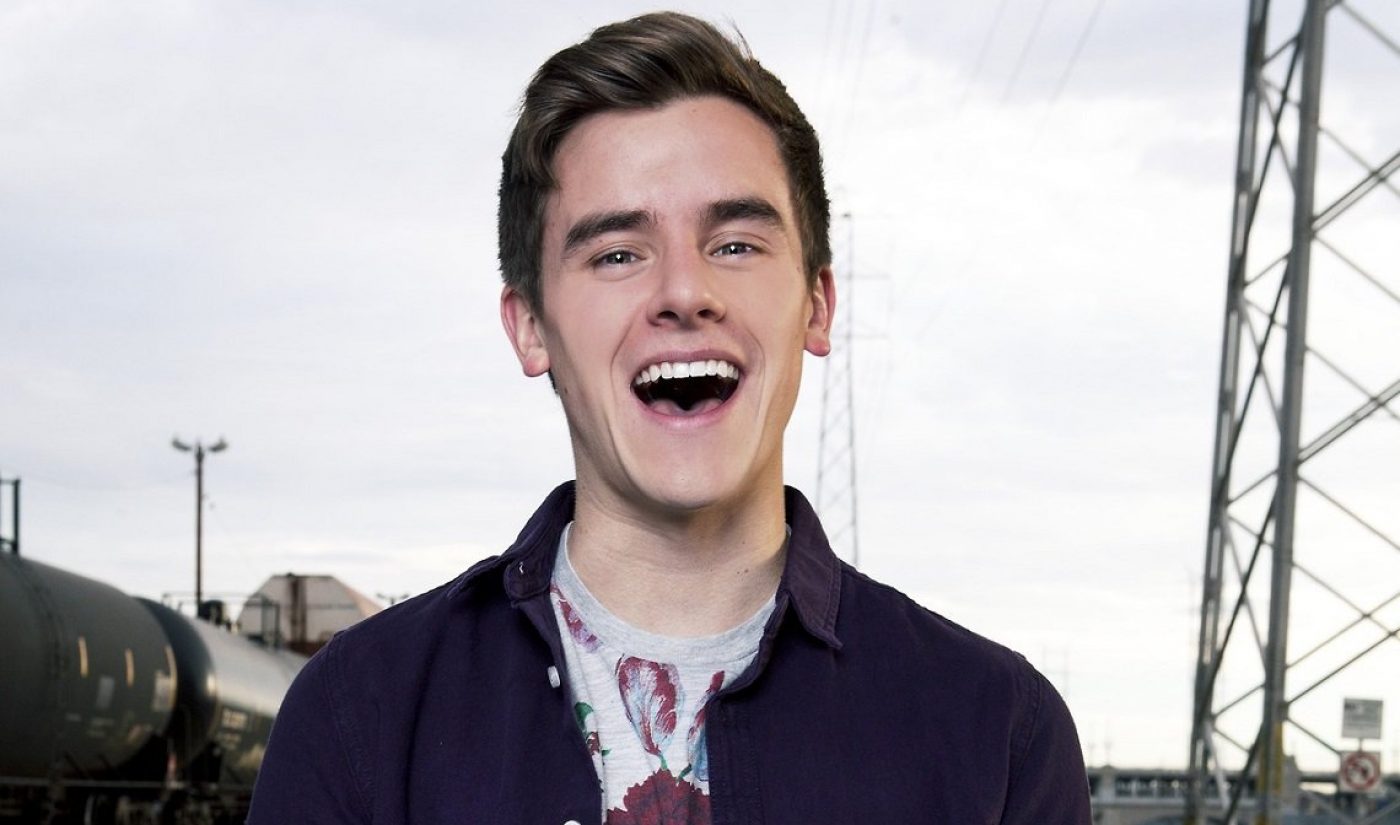 Connor Franta will be officially acknowledged for some of his good deeds. The YouTube celebrity, who has over 4.5 million subscribers on his channel, will receive the Governor’s Award at the Thirst Project’s sixth annual Thirst Gala on June 30, 2015, as a recognition for the work he’s done for the organization.

The non-profit Thirst Project was founded in 2008 and has a goal to bring fresh, clean drinking water to the African nation of Swaziland by 2022. So far, the organization has already provided more than 285,000 people in 13 different countries with safe drinking water over the last six years.

“With the large platform that I have, I think it’s very important to utilize it for better and for change,” Franta told The Hollywood Reporter, who originally broke the story. “I think it’s really positive to be an example to my younger audience. Hopefully I can instill those same life lessons in them.”

After Franta successfully raised over $230k, he visited Swaziland to see the wells his campaign had helped build. “The most impactful part was when I saw the new water source versus the old,” he explained. “Water from the old source was green and brown, and it was all that they had.”

Since then, Franta has continued to support the Thirst Project through his own fund-raising venture. The best-selling author and vlogger, a former member of YouTube supergroup O2L, debuted his own line of coffee called Common Culture. For every bag purchased by consumers, Common Culture donates $1 directly to the Thirst Project.

The Thirst Project will also give a Pioneering Spirit Award to film producer Wyck Godfrey (known for the Twilight saga, The Maze Runner series, and the film adaptations of the Vlogbrothers’ John Green books The Fault in Our Stars and Paper Towns). Godfrey traveled to Africa with his family and Maxwell, where they saw the impact of clean wells on communities. Since then Godfrey has championed the Thirst Project and even enlisted acting talent from his movies to product PSAs about the youth-based organization.

The Thirst Project Gala will take place on June 30 at the Beverly Hilton Hotel in Los Angeles.