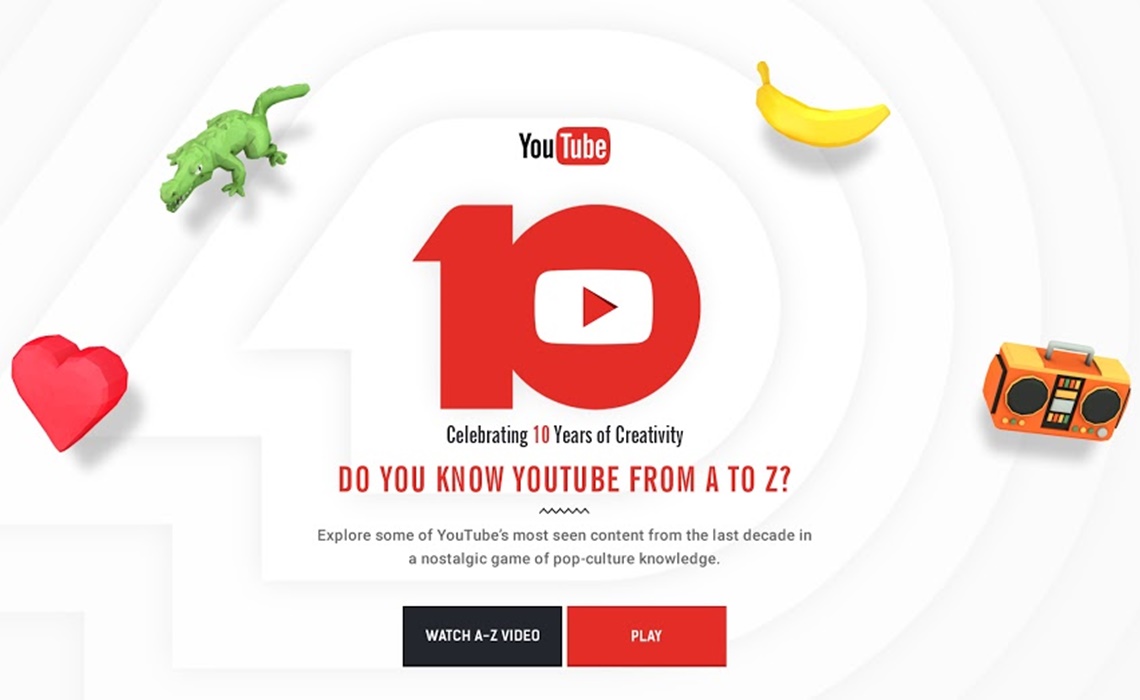 At the beginning of May, YouTube announced its plan to continue its tenth birthday celebration by launching a 26-day series of blog posts that would each explore a significant topic from the site’s history. That A to Z exploration of YouTube trends is now complete have reached “Z is for Zoo” on May 27th.

YouTube’s party, however, has not ended with “Me at the zoo.” Instead, the video site has launched a number of other features related to its A to Z project, including a snazzy roundup video, an infographic, and a quiz that asks users to test their YouTube knowledge.

An accompanying blog post celebrates the first decade of YouTube. “Who could have predicted that…new genres, new forms of expression, and new paths to stardom would evolve?” reads the post. “That engaging and unique personalities borne of this place could be more influential than Hollywood’s biggest names? Or that more than a billion people from all corners of the globe would come together in that space to experience what the world creates, broadcasts, and shares?”

For those who prefer a more visual tribute, YouTube put together a video round up that takes us from A to Z and uses Daniel Radcliffe’s favorite Blackalicious song as its soundtrack.

Clearly, YouTube is proud of what it has achieved, and it wants to see how closely its viewers have paid attention. A new quiz asks participants to fill in the blanks from A to Z. If you’re stuck, the site’s recent month-long exploration serves as an exact study guide. An infographic provides basic details for each topic: 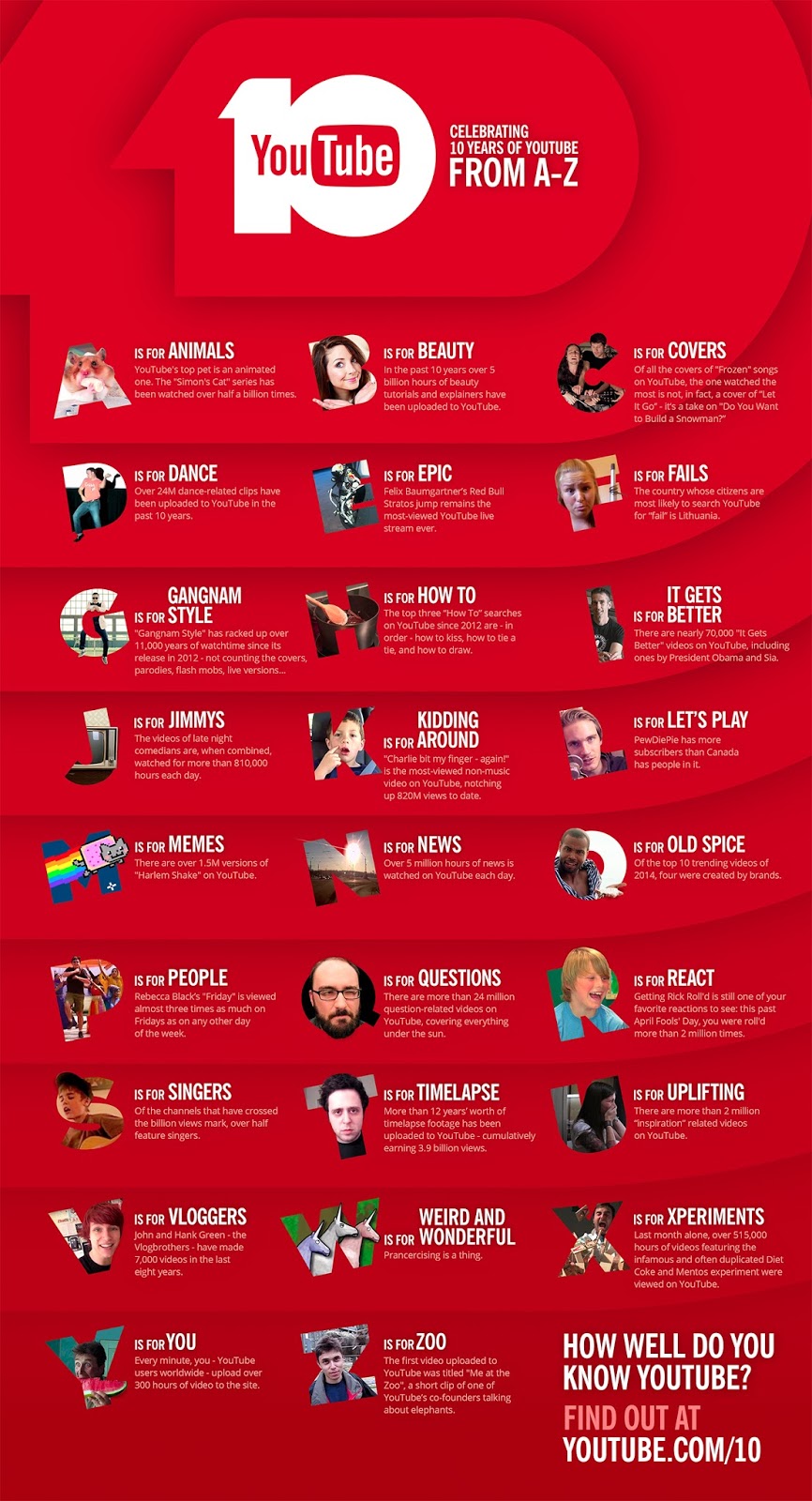 So, how much do you know? Are you a YouTube expert? If you aced the quiz, you’re clearly ready for another decade of videos. We’ll be here to shed light on the best ones.