Netflix Renews ‘Grace and Frankie’ For A Second Season 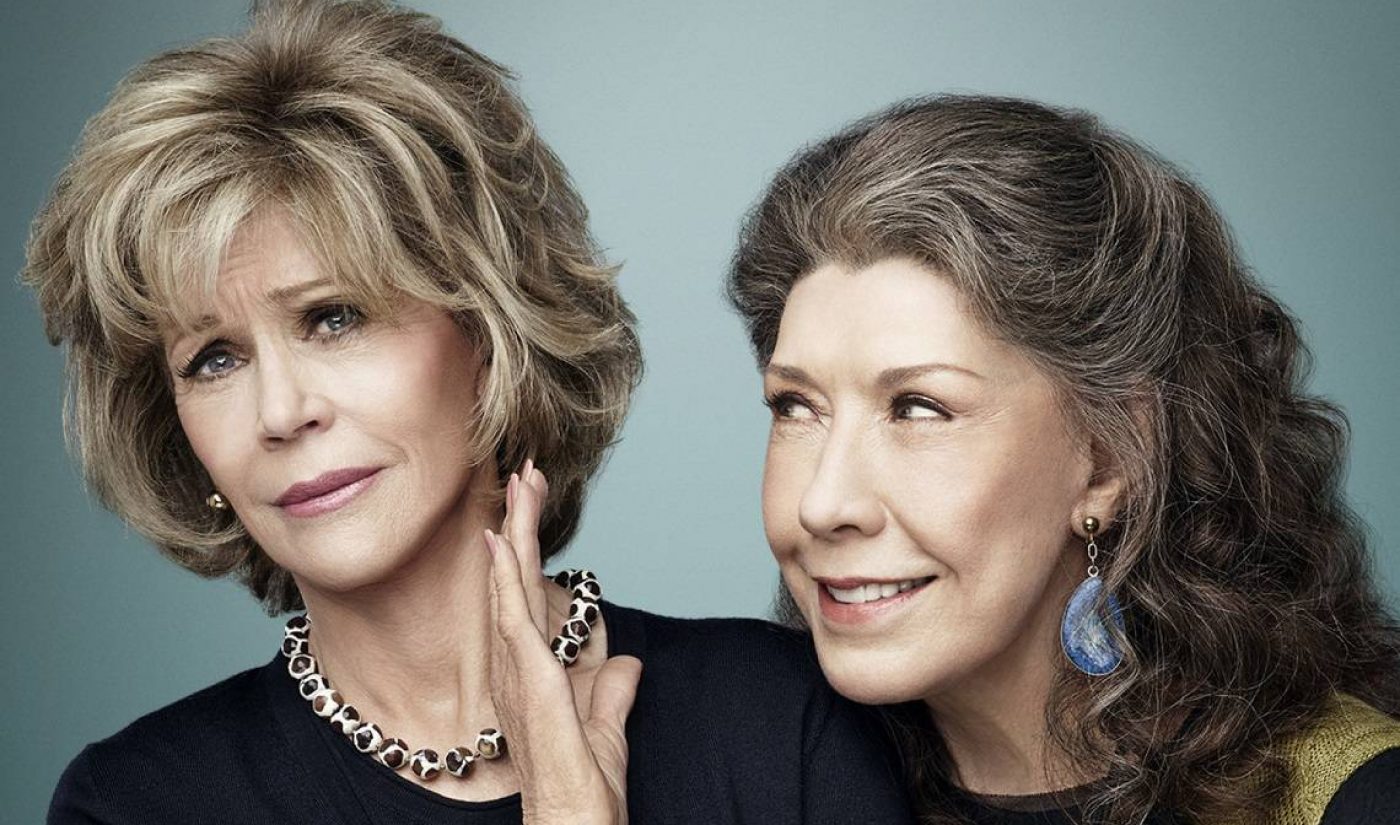 Netflix isn’t one to shy away from renewing its original series, and Grace and Frankie is no exception. The streaming video-on-demand service has ordered a second season for the Jane Fonda and Lily Tomlin-led comedy, which debuted its first season on May 8, 2015.

Grace and Frankie stars Fonda and Tomlin as two spatting “friends” who must quickly learn to rely on each other for support after their husbands announce they’re in love and are planning to get married. The series is produced by Skydance Television and Marta Kauffman’s Okay Goodnight Productions. Kauffman, Fonda, Tomlin, Howard J. Morris, Paula Weinstein, David Ellison, Dana Goldberg, and Marcy Ross serve as executive producers.

Apparently, the Grace and Frankie renewal is in part thanks to Miley Cyrus. “Let me say, it’s so awesome to do a show on Netflix,” said Kauffman to Deadline. “Two and a half weeks after we launched, Miley Cyrus does a tweet about your show, and they call and say, ‘We’d like to do a Season 2.’ So yes, there is a Season 2. We have Ted [Sarandos] and Miley to thank.”

Netflix originally announced Grace and Frankie back in March 2014, with Sarandos saying it was an honor to give Tomlin and Fonda “the opportunity to run riot on Netflix.” More recently, Netflix dropped the trailer for Grace and Frankie, alongside the season three sneak peek of Orange Is the New Black.

The Grace and Frankie renewal should come as little surprise to those familiar with Netflix. The streaming video platform has ordered new seasons for almost all of its original series, sometimes even before the most recent season has debuted on the platform. Other Netflix originals in the works for new seasons include Daredevil, House of Cards, and Bloodline.

Season two of Grace and Frankie will debut some time in 2016.