Tyler Oakley Visits ‘The Ellen Show’, Gets His Own ‘Ellen’ Video Set 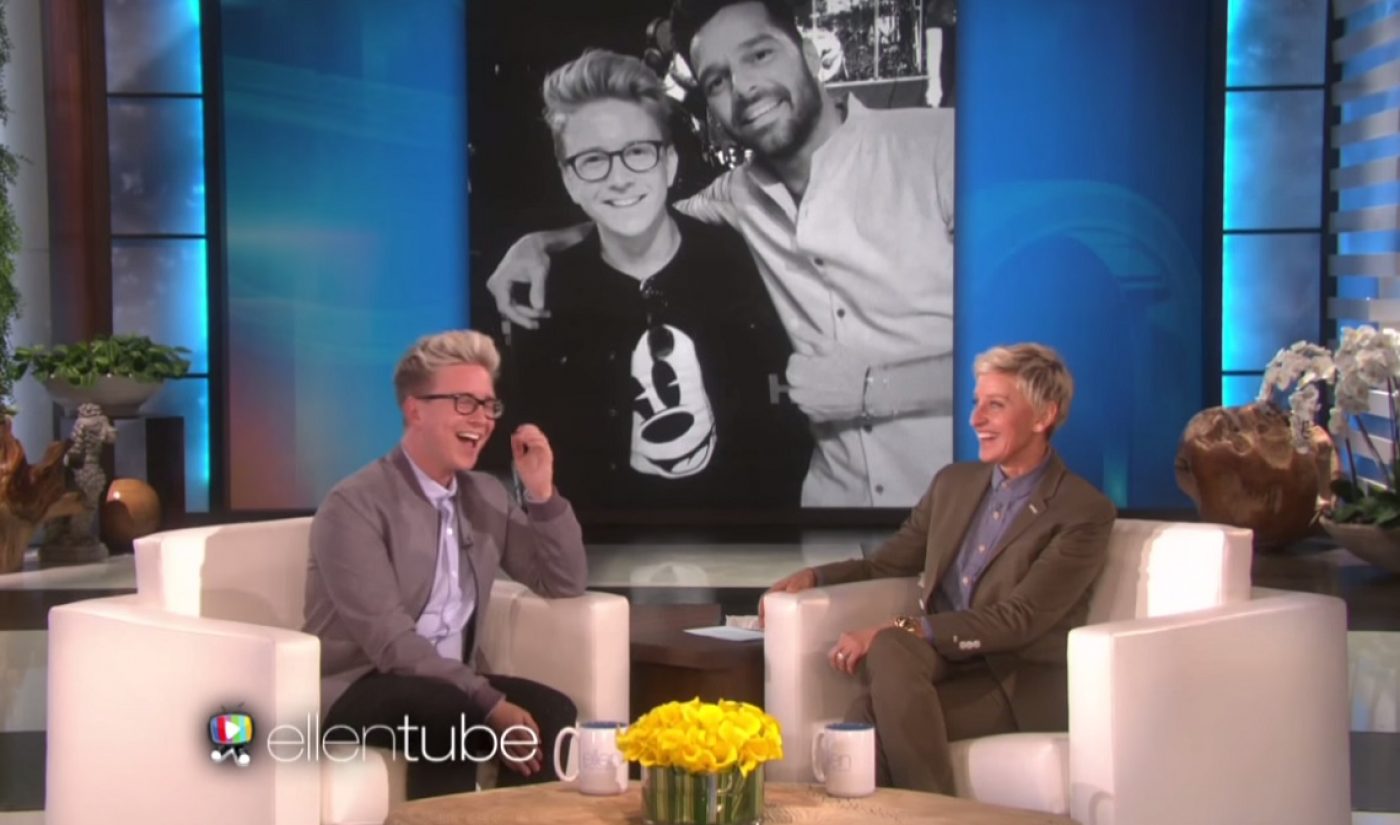 Tyler Oakley is already a star online. Now, his name will be more familiar to traditional television viewers, too. The 26-year-old YouTube vlogger appeared as a guest on The Ellen Show on May 21, 2015.

Oakley, who boasts over 6.9 million subscribers on his YouTube channel, told DeGeneres he could barely believe he was alive because he was so floored to be on her show. The vlogger and author of the upcoming book Binge not only discussed his YouTube career, but also told DeGeneres about his meeting with President Obama and called the Oval Office’s desk “cute.” Oakley also explained how one of his videos influenced the singer Ricky Martin to come out as gay, which the vlogger said was mind-blowing considering he “used to have a crush on [Martin].”

At the end of Oakley’s interview, DeGeneres said she had a gift for the YouTuber which she wanted him to use the next time he shot a video. The gift turns out to be a Ellen-themed video set, complete with a desk boasting the show’s logo and a cardboard cutout of DeGeneres “sitting” next to Oakley’s chair.

Oakley took to social media to share behind-the-scenes clips as he was preparing to go on DeGeneres’s show. The digital star mostly posted pictures of his shock about being invited onto the talk show in the first place:

BACKSTAGE WHEN I WAS ABOUT TO GO ON ELLEN. #TylerOnEllen pic.twitter.com/J0VUKttpuP

Oakley also released a new vlog about his Ellen Show visit. The digital star describes how he first encountered DeGeneres right as he entered the studio, and how he flew his mom out so she could watch him live. In his typical humble style, Oakley thanks his viewers for growing his YouTube career to where it is today. “I feel like this is a journey that we are going on together,” Oakley tells viewers. “I couldn’t be more thankful.”

In addition to appearing on the Ellen Show, Oakley has been busy with other projects. The vlogger recently celebrated YouTube’s 10th birthday in New York City with fans, and has a slumber party-themed tour scheduled for the summer of 2015. Finally, Oakley also appeared as a guest cast member on season two of #HeyUSA.