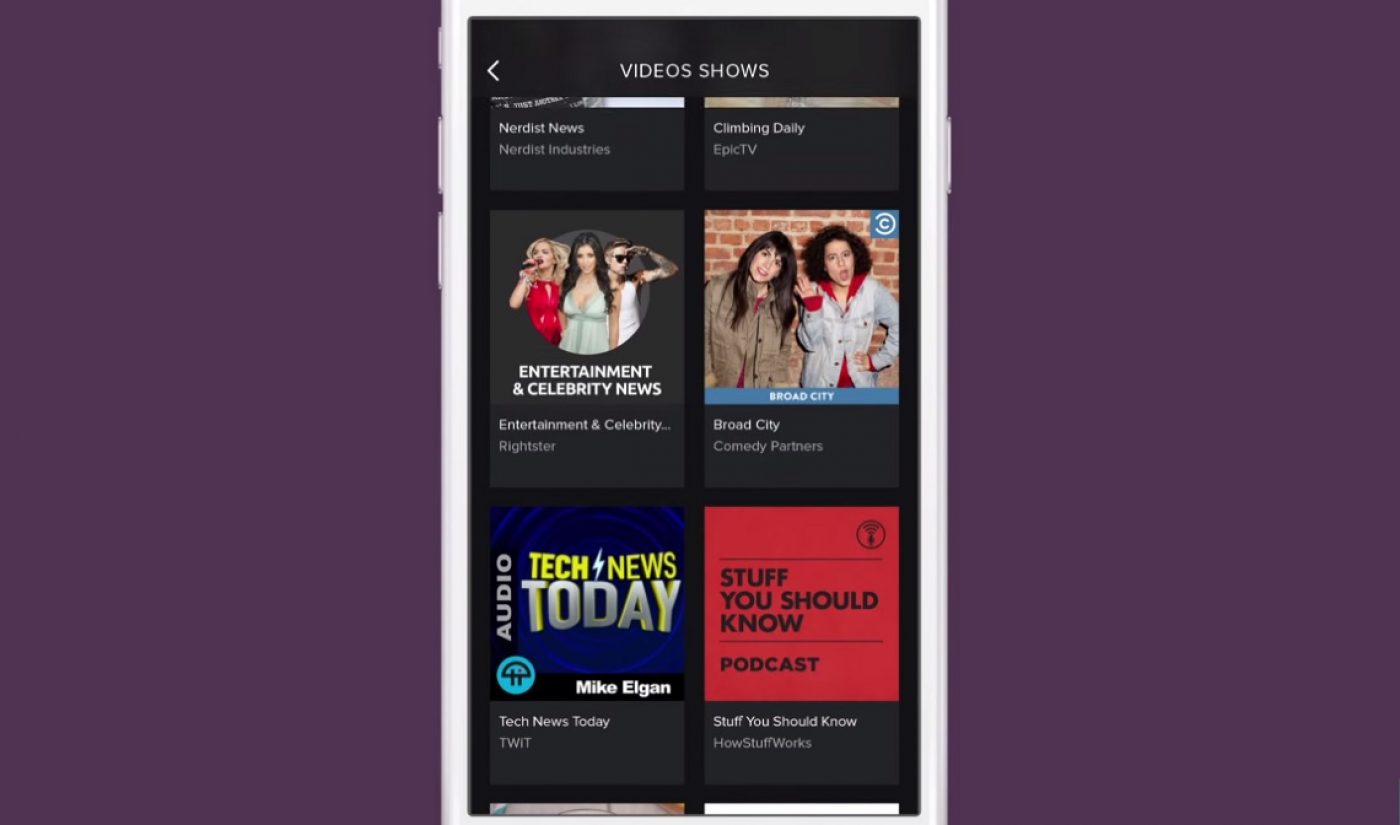 Earlier this month, rumors circulated about Spotify‘s plan to bring video to its music streaming platform. Now, those rumors have been verified. At a press event on May 20, 2015, Spotify’s CEO Daniel Ek confirmed his music service would feature original video content from partners including Vice, Comedy Central, and ESPN.

Spotify will provide users with original, short-form video programming in their playlists and streams. Ek provided one example of video content arriving on the music platform: A series called Amy Poehler’s Dance Move of the Day featuring the titular actress getting down to tunes from Spotify’s library. Beyond Vice, Comedy Central, and ESPN, Spotify has inked deals with other media partners such as Jimmy Kimmel, Team CoCo, BBC, TED, Fusion, The Nerdist, ABC, Adult Swim, Maker Studios, MTV, NBC, Slate, Elite Daily, and Tastemade.

In addition to video content, Spotify will start streaming podcasts and news segments in users’ feeds, and will offer more customization options for music playlists. The music service’s app will even play music with beats that match the pace of a runner’s tempo. Spotify will also start serving users personalized video and audio content depending on their habits at different times of the day.

UK-based video distribution company Rightster has also partnered with Spotify to release video content based on verticals like entertainment, sports, and social. The company’s SVP of Business Affairs and Enterprise, Damien Collier, told StreamDaily that Spotify’s goal with its video and personalization efforts is to create “content and music playlists that fit together and support moments within people’s day.”

“For example, you may be on the train to work, and (that’s) one moment in the day when you may be served up with suitable video and music content,” Collier explained. “Or it may be mid-afternoon and you’re having to get that pick-me-up from music and video.”

Overall, The Verge reports Ek deemed Spotify’s new strategy a “massive leap forward” that “goes beyond the conventional formats.” No release date has been announced for any of the original video content as of yet, but the new programming and personalization options are set to roll out sometime over the next few weeks.