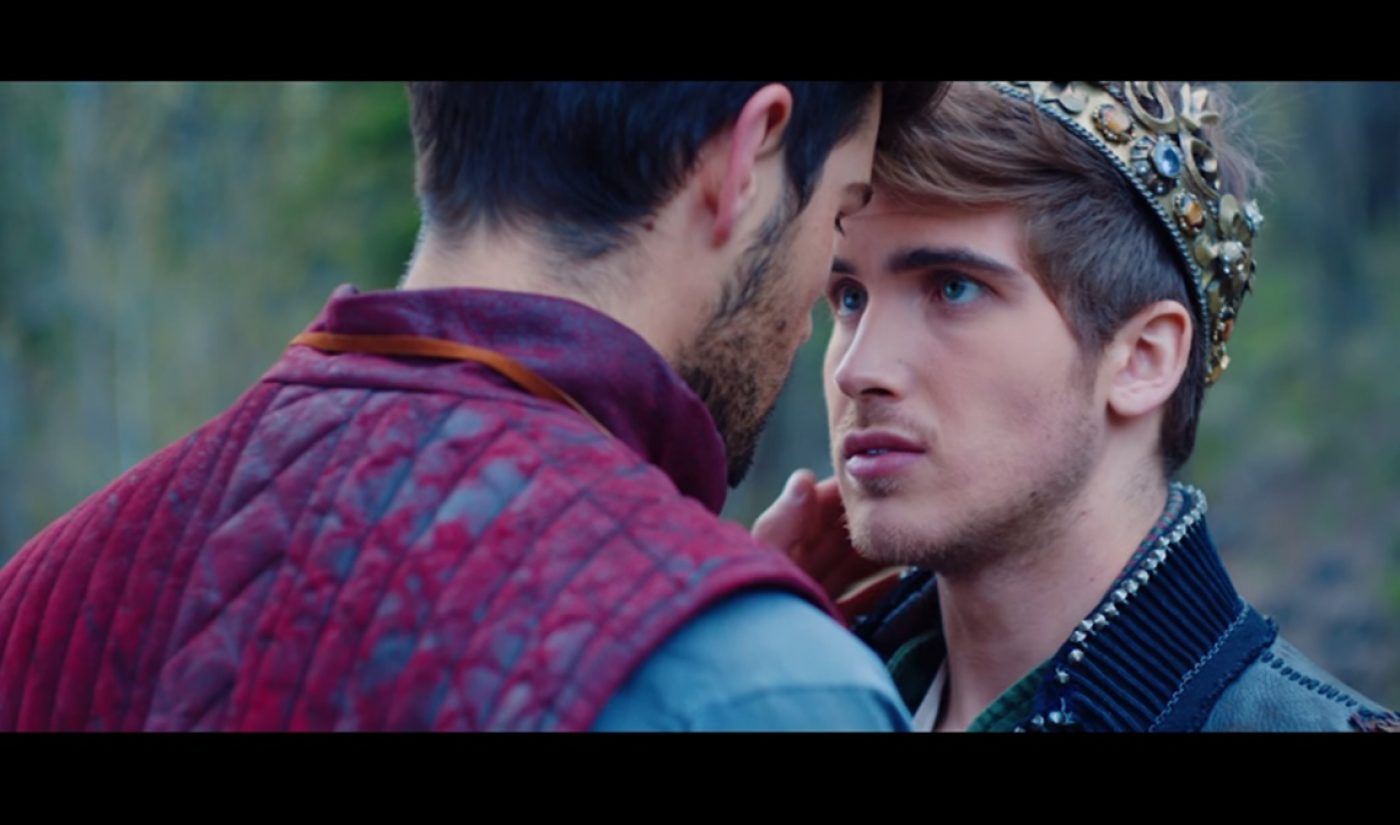 YouTube has positioned itself as a strong ally of the LGBT community, and as a result, many of its biggest stars have used the site to aid discussions of sexuality. In the past two years alone, YouTube creators like Lucas Cruikshank and Connor Franta have received positive feedback after using online videos to say “I’m gay.” The latest YouTube star to come out is Joey Graceffa, and he made his announcement into a spectacle by framing it as a music video.

In a video called “Don’t Wait,” Graceffa uses a fairy tale metaphor to tell the story of his life. The video ends by answering a debate the vlogger’s fans have been discussing for years. In a postscript, Graceffa explains how he hopes to serve as a role model for young LGBT individuals. “I really just hope that it will be able to help some of you guys out there going through similar struggles I went through and do some good in the world,” he says.

Graceffa also calls the video “a glimpse” of what fans can expect from his upcoming book, In Real Life, which arrives on shelves on May 19th. Graceffa published In Real Life through Simon & Schuster’s Keywords Press imprint.

Since its release, Graceffa’s video has generated several responses from the YouTube community, both on YouTube and on social media:

dropping so much truth & realness on coming out. SO proud & happy for you @JoeyGraceffa!! #bae #hellabae 💗💛💚💙💜https://t.co/PZLlQakvUp

.@JoeyGraceffa had the best birthday ever. So lucky to call him my friend! https://t.co/qDWwbElklE pic.twitter.com/6zHWrHLdEL

The only person upset about the news is Miranda Sings, who was crushed to learn that her “bae” is not into her in the way she tought. Sorry, Miranda. We promise there are plenty of other baes in the sea.