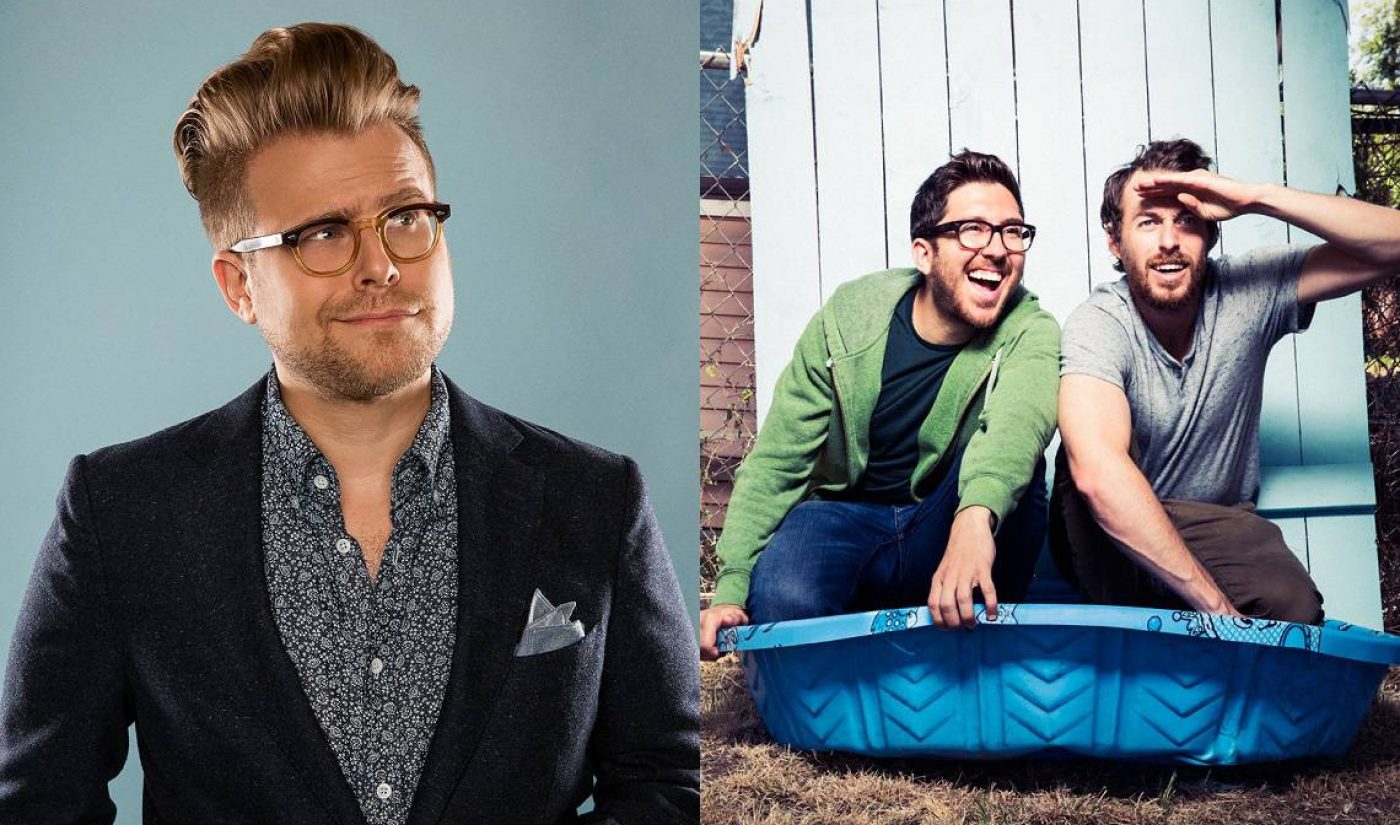 TruTV has turned to CollegeHumor‘s Big Breakfast Studios for its latest round of linear television projects. The cable network has ordered a pilot based on the comedy site’s longest-running original web series Jake and Amir, and also picked up a season of the site’s popular series Adam Ruins Everything.

TruTV will air a pilot episode of Jake And Amir, produced by Electus Digital and Ed Helms’ Pacific Electric Picture Company. The linear show is based off the weekly CollegeHumor buddy comedy series starring Jake Hurwitz and Amir Blumenfeld, which ran its last episode on April 7, 2015. The web series produced over 800 videos, with nearly 1 billion total video views since the show’s beginning. No release date for TruTV’s Jake and Amir pilot has been announced as of yet.

TruTV also ordered a full season of Adam Ruins Everything, a show based on the titular web series from CollegeHumor starring comedian Adam Conover. The eleven half-hour episodes of the TV show will, like the digital series, combine comedy, history, and facts to present the truth (or fiction) of common social beliefs. TruTV had previously ordered a pilot for Adam Ruins Everything in February 2015; the linear TV show will debut in fall 2015.

In addition to these two new College Humor-based orders, TruTV also has another show in the works from another well-known internet brand. The network will run ten 30-minute episodes of Six Degrees of Everything, starring Benny and Rafi Fine of The Fine Bros (who boast over 12.2 million subscribers on their YouTube channel). In the upcoming TruTV comedy, the two YouTube-based siblings will try to prove that anything two things in the world can be connected within six degrees of each other. Six Degrees of Everything will be available the summer of 2015.