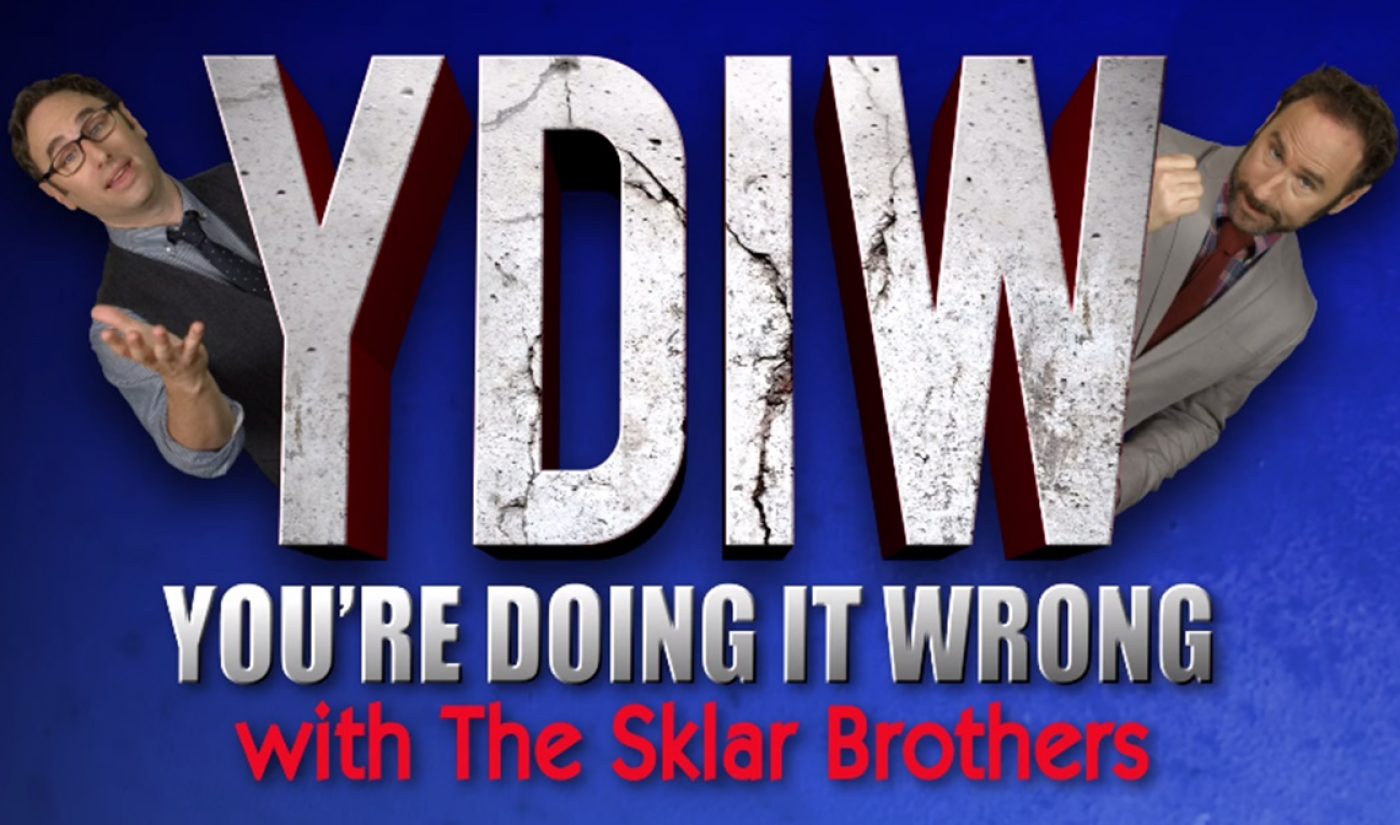 Randy and Jason Sklar have hosted several different web series over the years. Now, the identical twins known for their TV show Cheap Seats and their podcast Sklarboro Country have released the first episode of You’re Doing It Wrong, a web series created in association with PBS Digital Studios.

In You’re Doing It Wrong, Randy and Jason aim to set viewers straight about common tasks that are often performed inefficiently. In the first episode, for example, the twins provide a series of life hacks related to the storage of fruit: Tomatoes should not be kept in the fridge, basil should rest in a bowl of water, and fruits will go bad faster if left to ripen next to one another.

This education package is backed up with the sort of quick cuts, humorous non-sequiturs, and fast-paced delivery that have defined many of PBSDS’ most successful web series. When discussing tomatoes, Randy quips that the red fruit “like Michael Sam or Hannah’s father on Girls, should be out in the open.”

You’re Doing Is Wrong is produced by Kids at Play, which previously worked with the Sklar brothers on their My Damn Channel web series, The Tweekly News.

Ultimately, your enjoyment of You’re Doing It Wrong will depend on how much you appreciate the Sklar brothers’ particular brand of humor. If you’re not familiar with their previous work, we’ve spotlighted their other shows plenty of times in the past.

New episodes of You’re Doing It Wrong will arrive each week on the series’ dedicated YouTube channel.