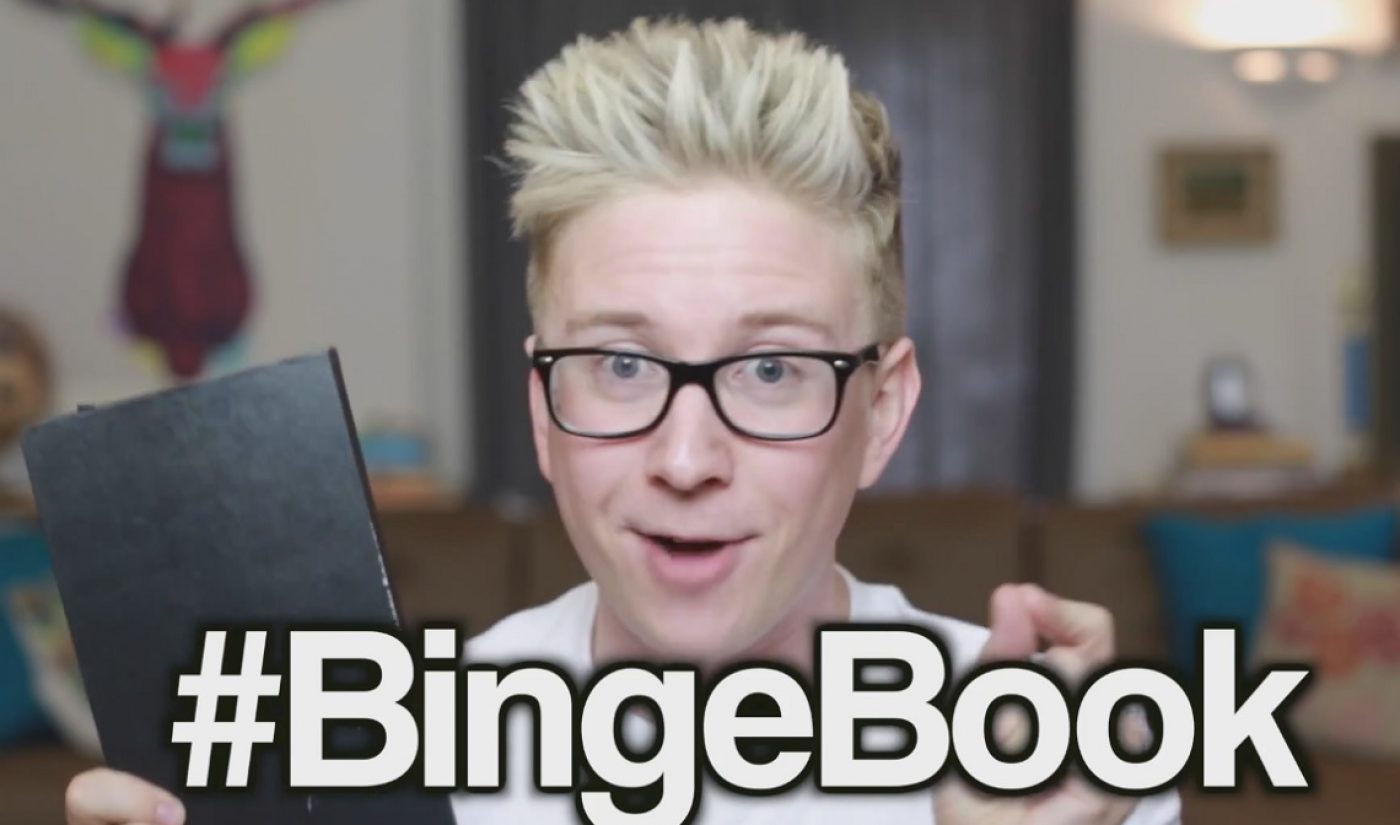 Tyler Oakley will join the ranks of published YouTube celebrities. The wildly popular vlogger, who boasts over 6.8 million subscribers on his YouTube channel, just announced his first book deal that will feature a collection of personal essays. It’s called Binge and it’s due out on shelves in October 2015.

In an announcement video, Oakley notes how he was offered a book deal in 2012, but turned it down because he wasn’t sure if he had stories worth telling. The 26-year-old online video superstar then explains how he took the next two years to write as often as he could until he felt like he had a collection of personal essays he felt comfortable enough to share with the world. The vlogger pitched the idea to Simon & Schuster’s Gallery Books imprint in December 2014 and soon after inked the deal.

Oakley also explains in his announcement video how he wanted to separate his identity as a YouTuber as much as possible from the title of author in order to respect the craft of writing. “I don’t want to ever look at an opportunity, whether it’s book or TV or movie or whatever, as — not to say that anybody has or is doing it — as a moneymaking opportunity,” Oakley says. “If I were to want to do a book, it would be because I have a passion for it, and I respect the literary world. I don’t want to look at it as an extension of me as a YouTuber; it would be a whole different facet of me as a human.”

Oakley is only the most recent in a line of YouTube stars who have signed book deals. Connor Franta’s A Work in Progress was recently published on April 21, 2015, and already landed on a New York Times bestsellers list. Shane Dawson and Grace Helbig have also released books that landed on bestsellers lists. Other YouTubers with book deals or published works include Joey Graceffa, Zoella, iJustine, Alfie Deyes, and Hannah Hart.

You can pre-order Oakley’s book at tyleroakleybook.com; additionally, if you tweet to Oakley about your pre-order, you have a chance to win the signed notebook he used to draft his book. Binge will arrive on digital and real-life bookshelves in October 2015.