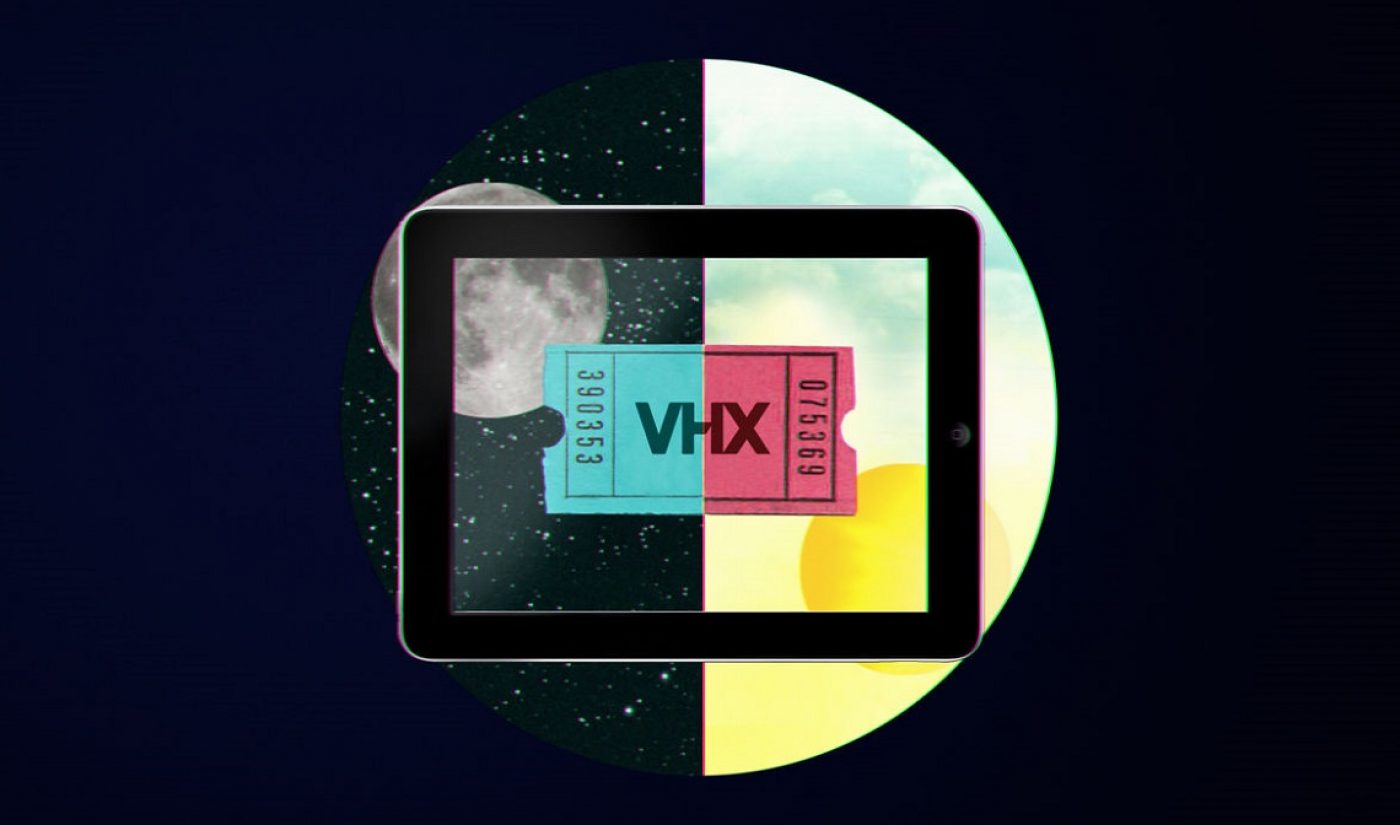 The initiative, dubbed VHX Subscriptions, allows creators to sign up for the revenue-sharing subscription platform for free and implement the service on their own domains. Then creators upload their videos, set rates along with an annual or monthly billing cycle, convince fans to subscribe, and collect the revenue. Each content producer has full access to video analytics, as well as customer data like email addresses. VHX takes 10% + $0.50 per transaction, and doesn’t charge any other fees for complete customer service support or maintenance work.

Jamie Wilkinson, Co-Founder of VHX (which recently raised a $5 million in funding round led by Comcast Ventures), explained in an email how his company’s goal of developing the technology behind online video delivery helps creators focus on creating quality content, instead of worrying about how to release it.

“These content creators are the ones who know their audiences the best,” Wilkin said. “They just need the right technology to reach them.”

Wilkinson also pointed out how VHX’s subscription platform creates opportunities for content producers to collaborate, syndicate, and share data, “none of which are possible in the current ‘walled gardens’ of iTunes, Amazon, Netflix” and other digital video retailers. “We want to make it easier and more affordable for content creators – individuals, small businesses, and major studios alike – to launch new streaming video services with total control and flexibility,” Wilkinson stated.

VHX’s new platform has been in beta for the past several months, with YouTube creator Black&Sexy testing out the feature to release its own video content to fans. “After checking out the competition in the arena, we went with VHX because they paid attention to the user experience as well as the creator experience,” said Black&Sexy’s co-founder Dennis Dortch in an email. “That attention to detail and care is something we live by at Black&Sexy TV, so we knew we found our match.”

Dortch explained how VHX’s various distribution methods, including the new subscription feature, have allowed his team at Black&Sexy to optimize the viewing experience for fans and bring in greater profits. “Simply having access to easy to use tools for us as creators, and our audience as consumers, has made monetizing possible and profitable for us,” Dortch explained. “And the ability to communicate with our audience directly with customized messaging, upload notifications, email blasts, and audience comments on every video has laid the foundation for continuing our community building on a paid platform.”

Wilkinson emphasized how the subscription model is a key element within digital video distribution, as subscription services are the smoothest viewing experiences which remove “all the friction from discovery and decision-making.” Additionally, the long-term connection with fans offered by subscription methods helps creators develop stronger, more engaged communities.

“Transactional sales provide sellers with a better profit margin, which make it a more effective way of capturing revenue from those who are willing to pay for early access. A la carte sales also makes more sense if you only have one thing you’re selling, like a feature film,” Wilkinson explained. “We’re excited to enable both models, either separately or from the same store. We want to give sellers the power in choosing how they’ll make their work available.”