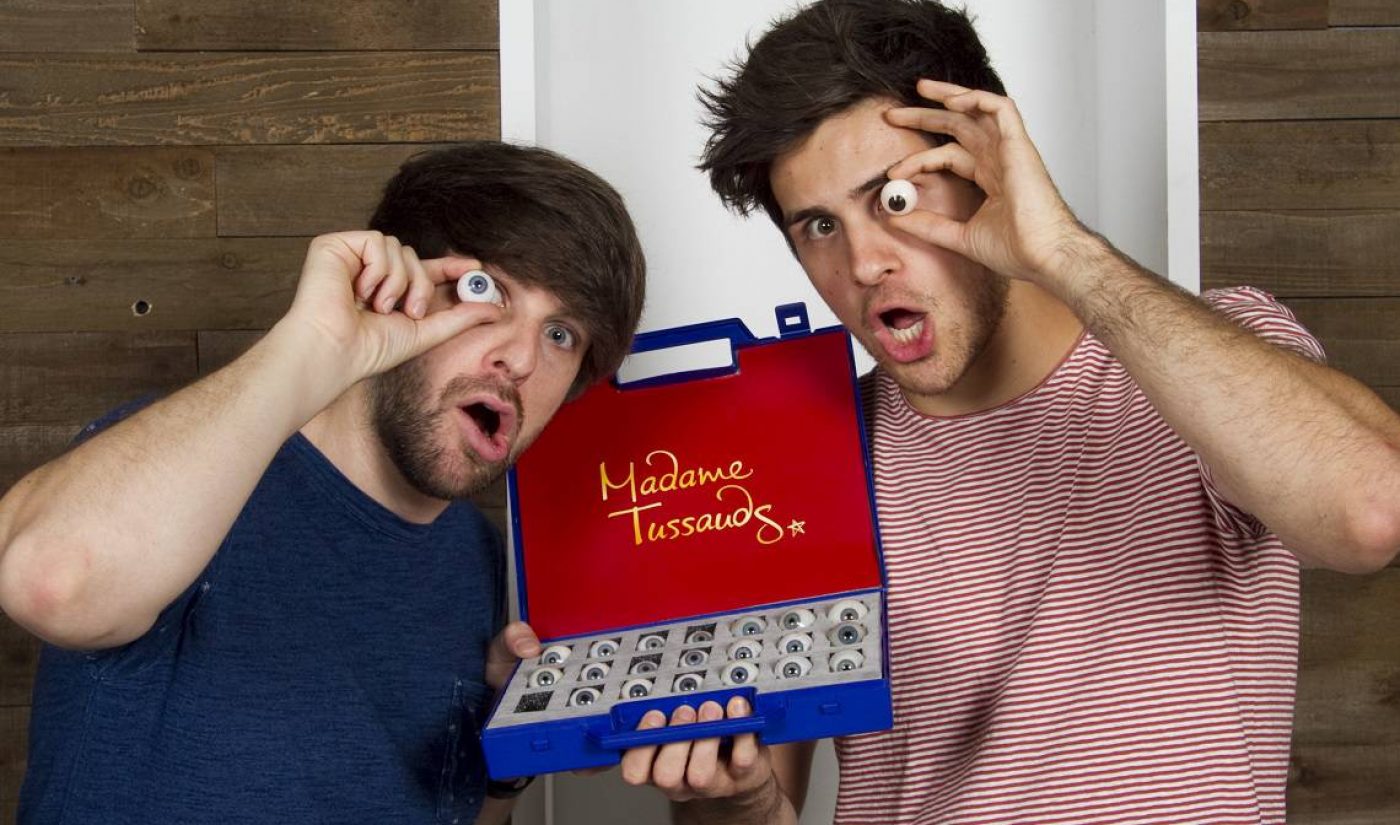 Smosh celebrities Anthony Padilla and Ian Hecox, who boast over 20.3 million subscribers on the duo’s main channel, recently sat for Madame Tussauds’ artistic team and sculptors and provided guidance on styling. The comedy creators’ wax representations will debut in July 2015 at the San Francisco museum. The Smosh figures will then go on tour across the U.S., including an appearance at VidCon where the duo’s first feature film is set to premiere.

“We are delighted that the comic geniuses behind SMOSH will be the first ever YouTubers to launch in any Madame Tussauds worldwide,” said Kieran Lancini, Global Head of Media Relations for Madame Tussauds, in a release. “Moving forward, we expect to feature other renowned digital stars, but cannot think of a more exciting partner to launch our digital star series. We will be creating an authentic and engaging experience which will be unique only to Madame Tussauds.”

“It’s an honor to be chosen as the first YouTube wax figures to launch in Madame Tussauds 250 year history, and it was an absolute thrill to be part of this amazing process,” added Smosh. “We could not be more excited to see our SMOSH wax figure doubles tour the country and see the better looking version of ourselves come to life.”

In addition to their upcoming film and wax statues, Padilla and Hecox have their hands full with a brand-new web series. The show, titled Every [Blank Ever], will debut on May 12, 2015, and is the first series to arrive on the duo’s YouTube channel in almost ten years. The new series was announced at Defy Media’s Digital Content Newfronts presentation on May 5.

More details about the set and tour for Madame Tussauds’ Smosh figures will be announced at a later date.