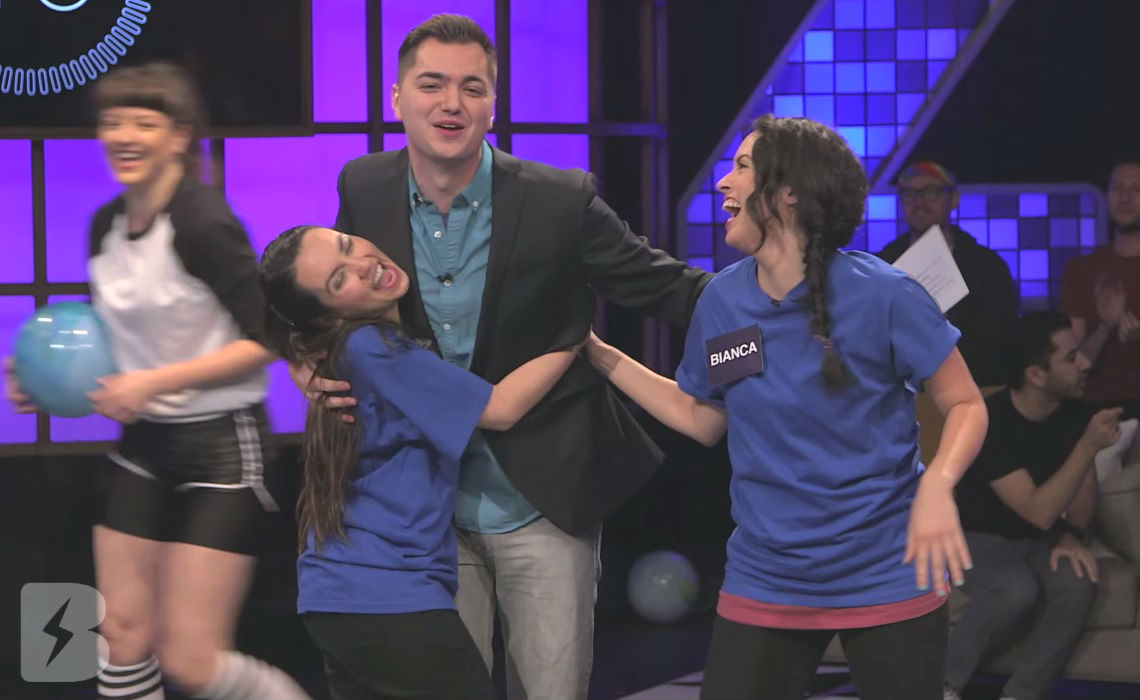 In the premiere episode of Beat the Clock, Morgan sets up two teams of two YouTube stars, each with humiliating but comical challenges they must complete before the timer runs out. Team Wisecrack, consisting of that titular channel’s Greg Edwards and Mark Schroeder, competes against team Trisha Hershberger, consisting of Hershberger (Morgan’s former co-worker at SourceFed) and YouTube cover artist Bianca Gisselle. To start things off, Edwards and Hershberger have to try knocking over bowling pins with a dangling pantyhose filled with two tennis balls attached to their waists (yes, this looks about like what you’d expect it to.)

Beat the Clock is only one of several classic game shows FremantleMedia is bringing to Buzzr in the coming months. The media company’s Tiny Riot studios held residency at YouTube Space LA back in February to film several digital star-studded game shows, including Password and the newest season of Family Feud. Fremantle has also made plans to release the Celebrity Name Game and more episodes of the Body Language series to Buzzr later this year.

New episodes of the seven-episode Beat the Clock series will be released every Tuesday on Buzzr. The FremantleMedia and Tiny Riot YouTube game channel currently boasts over 44,000 subscribers and more than 4.5 million total video views.