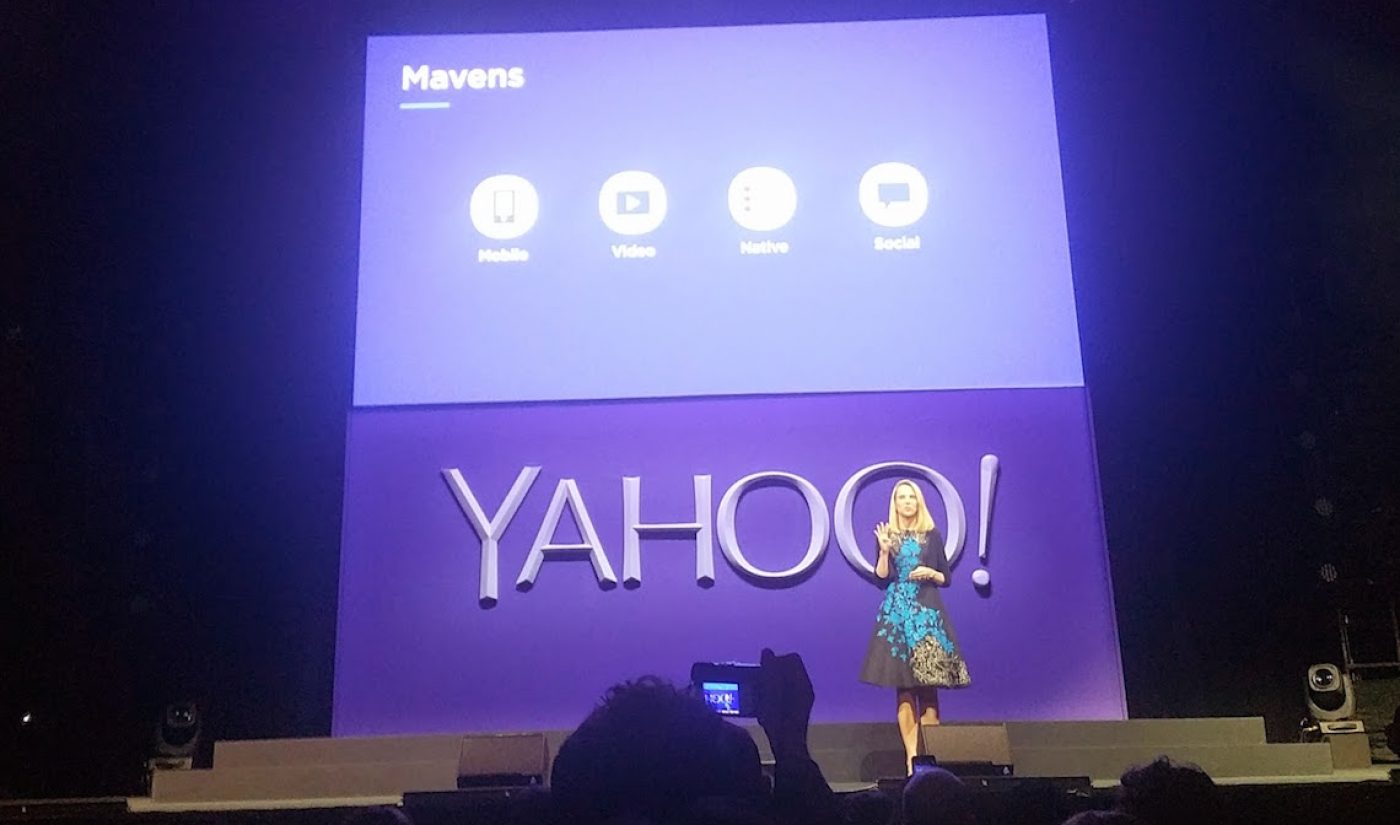 Yahoo is gearing up to produce and distribute a whole lot more content in the next few months. At Digital Content Newfronts on April 27, 2015, the online media giant announced a slate of 18 new, upcoming web series, including a reality show executive produced by television personality Simon Cowell.

Yahoo’s new programs will arrive in the form of original short-form and TV-style scripted shows, live programming, and content created for its digital magazines. A year after it announced its first two half-hour scripted programs, only one of the 18 planned series on Yahoo’s Newfronts slate will be long-form; that show is a comedy called The Pursuit, and according to Yahoo, it resembles the popular ‘90s TV show Friends, but for modern millennial viewers.

Cowell’s contribution to Yahoo’s upcoming slate will take the form of Ultimate DJ, a competition show about electronic dance music (EDM) DJs. Ultimate DJ will air live and integrate into Tumblr (which Yahoo owns) to appeal to that platform’s younger, EDM-attuned audience. Yahoo is also aiming to expand its live programming footprint by upping production on its music concert series with Live Nation. The media publisher also teamed up with iHeartRadio to develop another concert-focused show.

“Over the last year we’ve made strategic investments in our three digital content pillars, Yahoo Live, Yahoo Digital Magazines and Yahoo Originals,” said Kathy Savitt, CMO and Head of Media at Yahoo. “We’re pleased to be extending those investments into premium video content offerings to guide our users to the best, most relevant content and the world’s best storytellers to our global audience.”

Yahoo is also increasing its focus on categories it does well, such as news, business, and finance. Everybody’s Business will be a weekly money-based series released on Yahoo Finance, and Yahoo News Live will start running unscheduled live newscasts in the form of news breaks. Additionally, the media giant’s top journalist, Katie Couric, will host her own live news program.

Here, via Yahoo, is information about handful of other new programs that are expected to debut on the site: