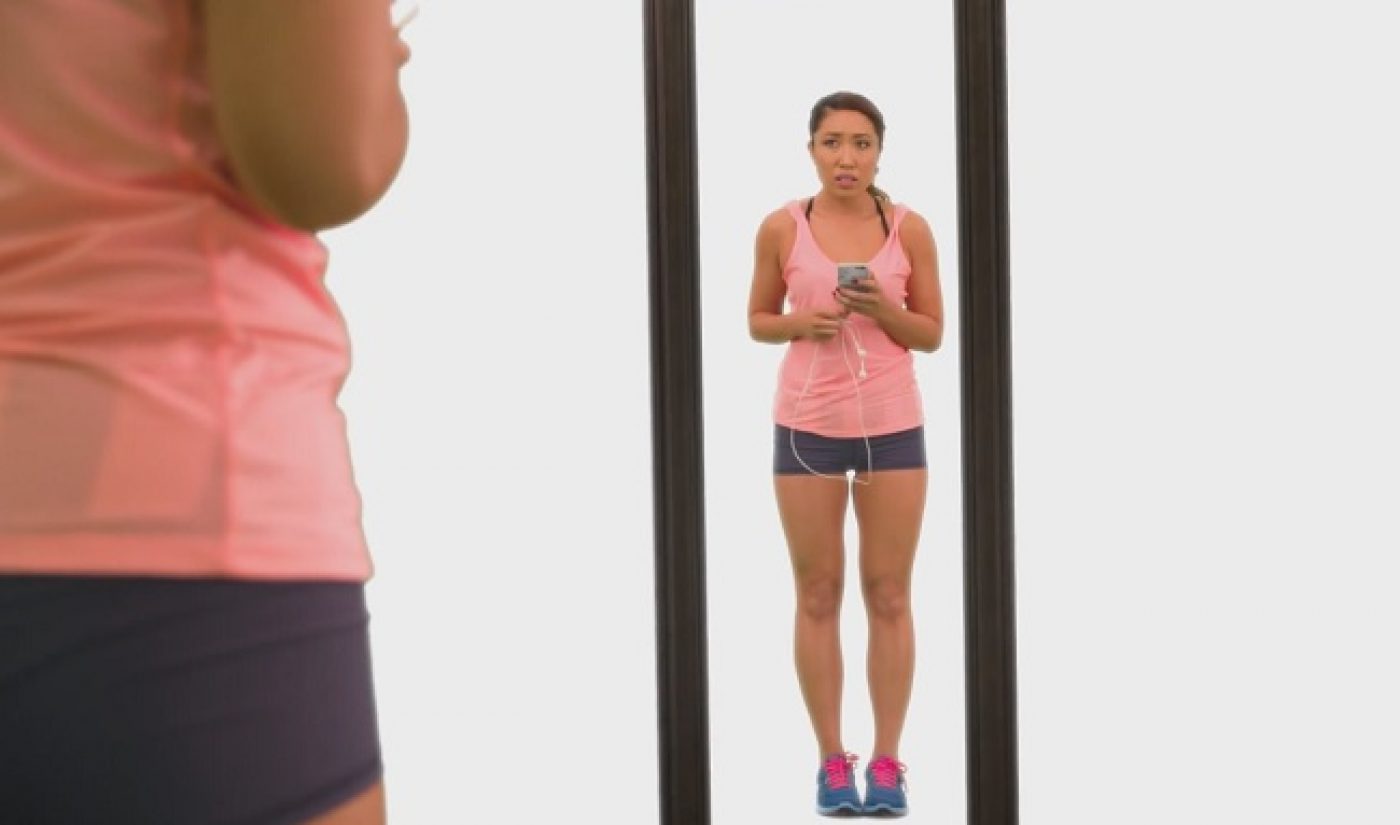 Cassey Ho is already known to YouTube audiences for her fitness videos on her Blogilates channel. But recently, the YouTube star — who boasts over 2.1 million subscribers — has attracted national attention because of an anti-body shaming video she posted on April 16, 2015 called “The ‘Perfect’ Body.”

Ho’s video, which currently boasts over 3.2 million views and more than 78,000 likes on YouTube, begins after a jog when the fitness guru takes a selfie and posts it to social media. After the exercise vlogger and new author receives a litany of horrible comments about her weight and looks in response to the photo, Ho pulls alters parts of her body to resemble conventional society’s definition of attraction. The YouTuber posts a final selfie of her “perfect” body, but ultimately looks disappointed with the end result because it doesn’t look like her.

Ho created her “The ‘Perfect’ Body” video in conjunction with YouTuber Arika Sato, who posed as her body double. The viral clip was unfortunately inspired by real life events and all the negative comments Ho receives on a daily basis via social media. Surprisingly (or maybe not?), the Blogilates star was even told she was still too fat after she posted a fake, photo-shopped selfie on her Instagram account on the same day as her video.

Wow guys. The response on yesterday’s post was moving, incredible, and shocking all at once. Thank you. I couldn’t have asked for anything more. I’m happy that many of you clicked over to watch my short film when you saw my new “perfect” body. You experienced the most powerful video I have ever created. You saw me strip down my confidence and self esteem. You saw me raw. Hurt. And vulnerable. For those who haven’t seen it yet, please click on the link in my bio. I wanted to post again because there was a weird phenomenon that happened when I posted this photoshopped picture. On the very same photo, I got some people praising me and others degrading me. What worries me is this: 1. That some people think this is real and that it should be “goals.” 2. That some people still think it’s not good enough. It’s tough knowing what’s real and what’s not when magazine covers and music videos are photoshopped (yes, music videos), Instagram pics are photoshopped, and so many women are getting surgery. How are we to know what kind of beauty can be naturally achieved when everything around us is so deceiving? If you want to know what you can do to help stop body shaming, all I ask is that you share the video with at least 1 person. That’s all. After countless days of shooting, weeks of editing, visual effects, and lots of hard work from a team of amazing people, my short film was turned into a reality. Thank you to James Chen, James Jou, and @smashboxcosmetics for helping me bring this to life. #madeatsmashbox I hope you guys liked it. I love you. Stay beautiful.

The success of the Blogilates channel has resulted in amazing opportunities for Ho (like her own clothing line), but the YouTuber isn’t immune to the scathing nature of rude responses on social media. In a vlog from April 10, Ho admitted many negative comments have made her cry in the past, and that making people feel ashamed of their bodies when they don’t match the “ideal” image of beauty is unacceptable.

Since Ho posted her body image video, the YouTuber’s story was picked up for an article on Business Insider. Fellow YouTube vlogger Philip DeFranco mentioned it as his top story on April 22, and Ho’s video even landed on Facebook’s trending list for April 23.

Hopefully, as Ho’s video continues to make the digital rounds, the YouTuber’s body-positive message will inspire others to be comfortable in their own skin no matter the backlash from others.