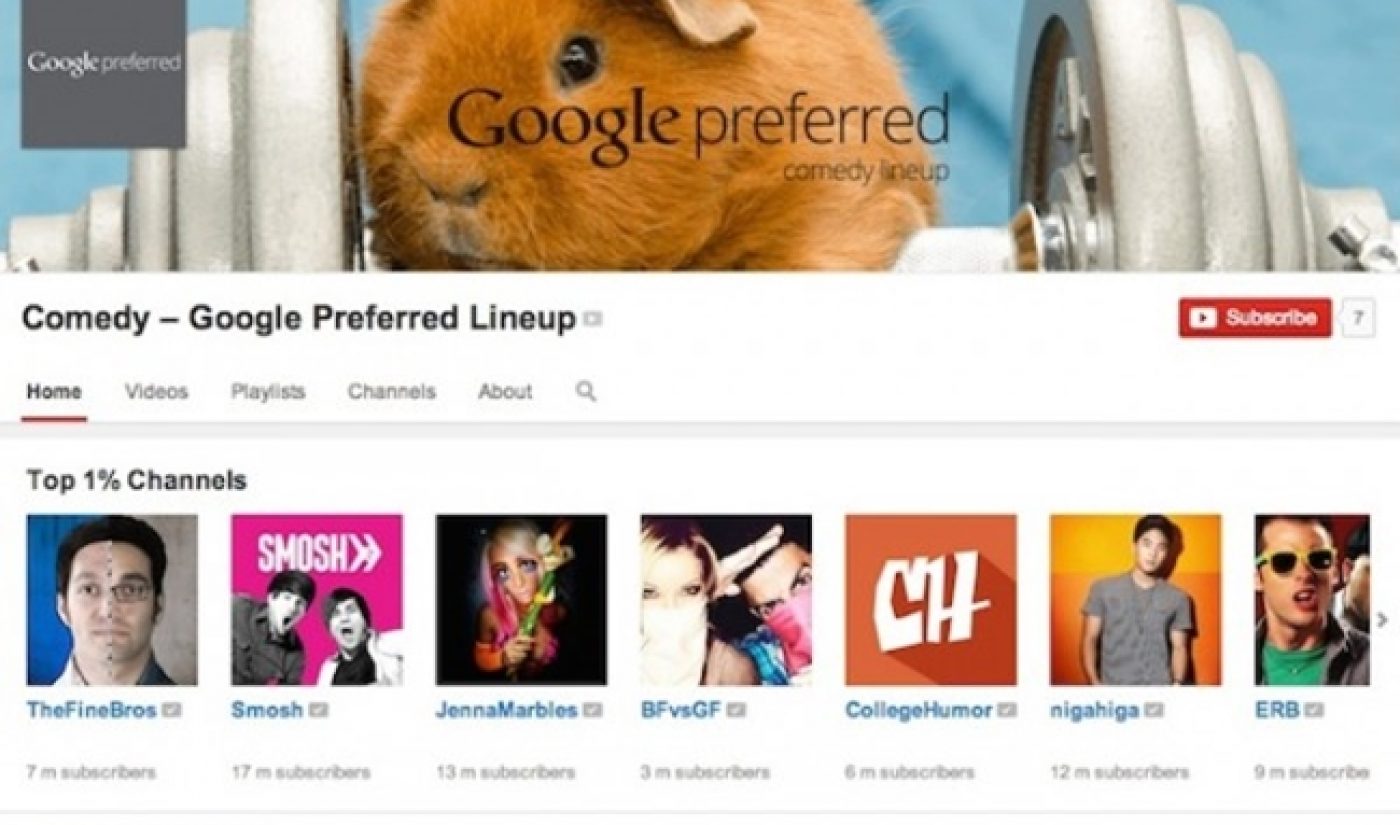 Google Preferred is set to begin its second year, and in order to drum up support for its premium advertising program, YouTube has shared some insightful statistics. The video site teamed up with digital marketing agency Compete to gather information about the viewers who watch Google Preferred channels.

An ensuing report reveals that nearly 10% of viewers who watch Google Preferred channels on desktop computers don’t watch traditional TV. In addition, the majority of those viewers do not visit Hulu or the official streaming portals of the four major TV networks.

Google Preferred viewers are also more amenable to brands than the site’s general population, says YouTube. They are 46% more likely to search YouTube for brands and 29% more likely to visit brand sites after visiting YouTube.

YouTube noted all these statistics in order to entice brands to buy inventory on Google Preferred channels (which represent the top 5% of all YouTube channels). By purchasing YouTube’s premium advertising space, brands can theoretically reach the site’s most valuable viewers.

These are talking points that will likely be reiterated during YouTube’s annual Brandcast, which will take place in New York City on April 29th. Google Preferred has already been confirmed to return for another year, and it will expand to other countries as well, including Canada.

More information about the Google Preferred program is available from Think With Google.