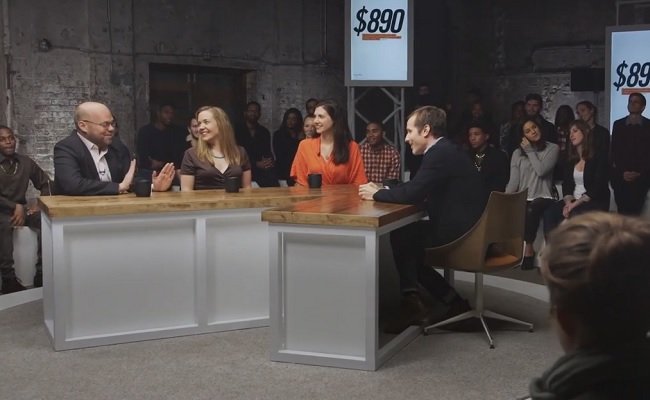 Vice News is going after a sector of the money market usually overlooked by traditional publishing outlets. The gritty media company will debut the new personal finance web series The Business of Life, aimed squarely at a millennial audience, on April 22, 2015.

Hosted by Vice contributor and The Daily Beast writer Michael C. Moynihan, The Business of Life will contain 20-minute episodes addressing the financial concerns of younger generations, such as student debt and family planning. A panel of experts, scholars, and writers will also contribute their expertise. The first episode of The Business of Life will discuss the millennial workforce, with guests Adam Davidson of Planet Money, Bloomberg’s Meghan McArdle, and Slate’s Jamelle Bouie.

Bank of America’s Better Money Better Habits campaign is sponsoring The Business of Life, stating to Variety the series will “fill a gap in the media landscape for financial advice aimed at millennial audiences.” A Vice spokesperson said the bank’s logo will appear at the start of each The Business of Life episode, much like PBS-sponsored TV shows have, but Vice will contain all editorial control of the series.

The personal finance discussions offered by The Business of Life will likely be a big help to Vice News’ audience, the majority of which (80% per Variety) are viewers aged 13-34.

“While the media landscape has dramatically transformed during my years as a journalist, one thing has remained depressingly constant: economic news and coverage of money issues has always skewed towards the wealthy and old,” Moynihan said. “With The Business of Life, our goal is to seize upon the failure of traditional media and produce a show that features topics young people care about — addressed by a panel of experts from disparate backgrounds and opinions, who don’t speak wonk.”

Vice’s new The Business of Life series will join other news-based productions such as the company’s recently-debuted hour-long, live streaming show On the Line. Vice also struck a deal with HBO to launch a daily news program, continue its weekly Vice show, and develop several specials for broadcast on the TV network.

You can catch the first episode of The Business of Life via Vice News’s YouTube channel on April 22.