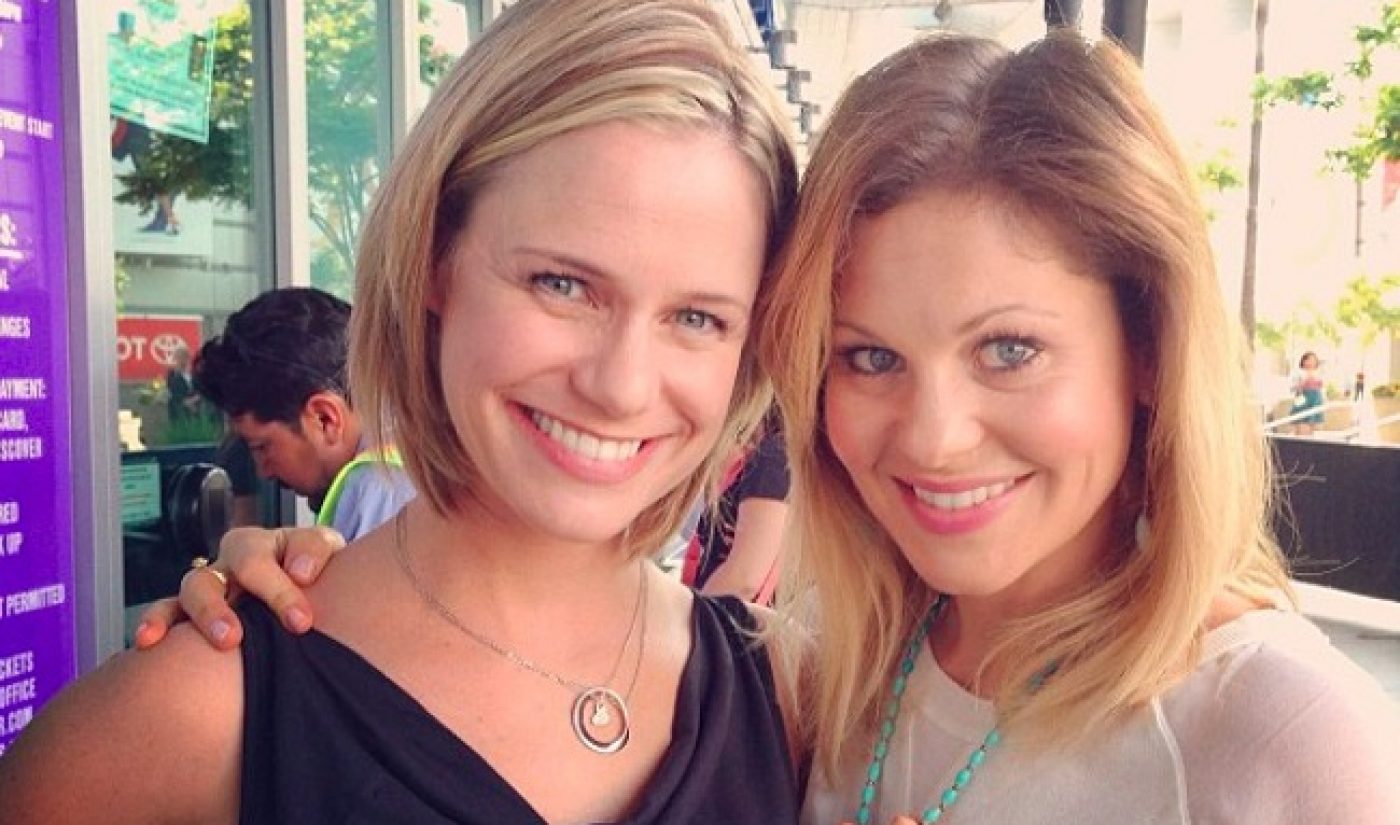 At the beginning of April, rumors circulated Netflix would bring back the classic TV show Full House. Now, those rumors have been confirmed. Speaking to Jimmy Kimmel on his ABC talk show on April 20, 2015, actor John Stamos said Netflix would revive Full House as a spin-off dubbed Fuller House.

Stamos revealed Fuller House will start with an hour-long episode resembling a reunion between the main characters, and then launch into a spin-off for the remaining 12 episodes. Fuller House will center around D.J. Tanner-Fuller (played by the returning Candace Cameron-Bure), now a widowed veterinarian with two young boys and another one on the way. To help D.J. cope and raise her family, D.J.’s younger sister Stephanie Tanner (Jodie Sweetin), best friend and fellow single mother Kimmy Gibbler (Andrea Barber), and Kimmy’s spirited daughter Ramona all move in to the San Francisco house loved by TV audiences since the late ‘80s.

Stamos is on board as a producer, as well as reprising his beloved role of Uncle Jesse. Additionally, Stamos said the spin-off’s production team is in talks with Full House stars Bob Saget, Mary-Kate and Ashley Olsen, Lori Loughlin, and Dave Coulier to make guest appearances.

“The continued support of Full House fans of all ages for the last 28 years has been astounding,” said Franklin, Boyett, and Miller in a statement, as reported by Deadline. “It is an honor and a thrill to catch up with these beloved characters and explore their lives today. The love you saw on the show was real. The cast has remained a loving family off screen all these years. We are as excited as our fans to finally bring Full House back to life.”

Fuller House joins a slate of other TV shows brought back to life by streaming video platforms. Netflix revived Arrested Development for a fourth season (a fifth one is on the way), and is planning a fourth season for A&E’s former Longmire series. Yahoo! Screen saved the fan-favorite comedy Community for a sixth season. Additionally, Hulu became a refuge for cancelled TV shows like ABC’s Selfie and Manhattan Love Story.

No release date has been announced for Fuller House as of yet. But Netflix said the series should debut on its platform sometime in 2016.