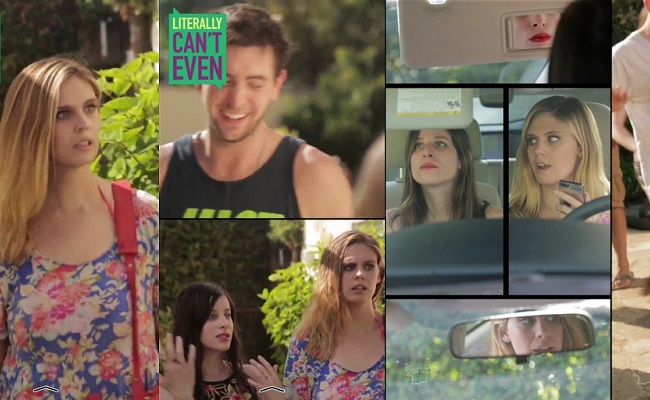 Snapchat is moving forward with more of its own original content. The ephemeral messaging app has renewed its first web series Literally Can’t Even for a second season.

Literally Can’t Even is written by and stars Sasha Spielberg (daughter of Hollywood director Steven Spielberg) and Emily Goldwyn (daughter of film producer John Goldwyn). In the Snapchat series, Spielberg and Goldwyn deal with somewhat fictionalized, comical versions of their Los Angeles-based mishaps and unique adventures. “We’re very excited about ‘Literally Can’t Even,’ especially the creative storytelling and the unique, made-for-mobile, vertical video format,” a Snapchat spokeswoman said to The Wrap, who originally reported the news.

The first season of Literally Can’t Even debuted on January 31, 2015, and was available on Snapchat’s branded content platform Discover. Like all other Snapchat content, all nine episodes of the series’ first season disappeared after 24 hours of their release time every Saturday. Critics mostly gave Literally Can’t Even negative reviews, but that doesn’t seem to have impeded Snapchat from giving the go-ahead for a new season.

Literally Can’t Even will be in good company as it joins another web series created for exclusive release on Snapchat. The unofficial SnapperHero series, hosted by AT&T and produced in part thanks to Fullscreen, features several YouTube and digital stars and boasts an interactive, superhero-themed setting.

No release date for season two of Literally Can’t Even has been announced as of yet. However, Snapchat’s rep said it would be available sometime this summer.