YouTube Millionaires: For Kian And Jc, “The Chemistry Is There” 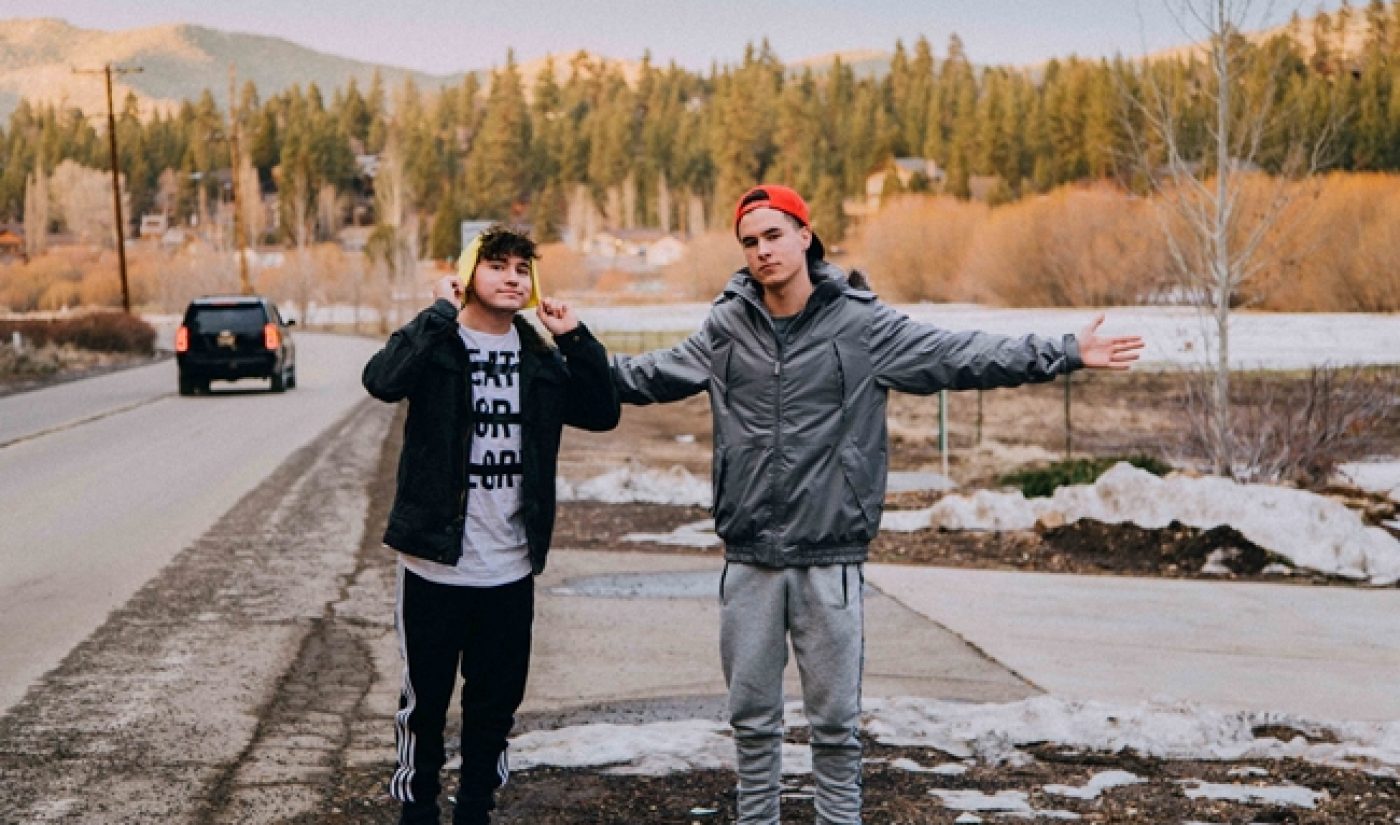 On their own, Kian Lawley and Jc Caylen are two of YouTube’s most notable personalities. Together, they form a hugely popular project called KianAndJc, which is one of the fastest growing channels on the web.

Lawley, 19, and Caylen, 22, were once members of YouTube supergroup Our2ndLife, and after O2L disbanded at the end of 2014, the two vloggers, actors, and filmmakers decided to share their videos on a collaborative channel. KianAndJc launched in January 2015, and it needed less than three months to reach one million subscribers. More recently, the channel’s two stars (both of whom are part of the Fullscreen network and managed by Andrew Graham, Senior Talent Manager at Big Frame) have looked to Hollywood by signing deals with the CAA. Here they are discussing their work online:

Kian and Jc: It feels beyond amazing. You can’t really put it into perspective until you go to events with 2-3,000 people in attendance and even that blows our minds. A million is a lot. Haha :,)

TF: What do you think is the biggest advantage you guys gain from running a channel together?

Kian: We have always made videos separately, and when we started making them together they blew up. I’m thinking it’s because of our outrageous personalities and crazy ideas.

Jc: The chemistry is there! We’re always making each other laugh so we bring that to the videos. We just act like our goofy selves and it clicks!

Plus who wouldn’t wanna run a channel with your best friend!

TF: What would you say are the unique qualities you each bring to the channel?

Jc: I feel like Kian is the bad boy – more reckless, more destructive. He still has the Jim Carrey comedy and faces though!

I’d like to think of myself as the spacey chill dude who goes with the flow with a little weird improv thrown in there. I think we compliment each other well!

TF: What is the creative process behind your short films, and how much work goes into each one?

Kian and Jc: It actually takes more work than people think! First, we have to brainstorm an idea. Once we have that, we write a script ourselves, and it doesn’t have to be word for word, because we like to improv a lot. When it comes to filming day, we have to buy costumes for the short, get the team together (film and sound guy) and we knock it out in about 3-4 hours!

We’re most proud of these videos.

TF: Do you guys ever have creative disagreements when it comes to the content on your channel? If so, how do you work past them?

Kian and Jc: Not really, we have the same dry risky comedy, but if we’re ever iffy about a joke not being funny, either we both say yes or it’s a no go.

TF: You guys have spent many of your teenage years on YouTube. How do you think your styles have changed as you’ve grown up?

Kian and Jc: We’ve always made creative videos or just topics we like to talk about. Now that we’re older our content is slowly becoming more grown up, just because we can’t stick to the same PG stuff; then we wouldn’t be reaching our full potential and wouldn’t be making things that we like. Also, since we’re trying to get into the acting game, we’ve brought short films to our channel, which is brand new for us, but seems to be working out!

TF: As you look to add film and TV projects to your resumes, what has been the toughest adjustment?

Kian: It will be hard to adjust to somebody else directing me and filming me. I am so used to my own camera and filming in a room by myself. It’s so different when you get into a room full of 6+ cameras in your face and 40+ people in a crew.

Jc: For myself, I’m just getting into the whole acting thing, so now that I’m going to be auditioning for some roles I have to memorize sides and lines. It’s a totally different ball game than just saying whatever you’d like in front of a camera.

Kian and Jc: For our millions contest, we’ve put our viewers to the test – whoever can go out and promote Kian and Jc in the most creative way possible, we will fly them and their best friend out to California to spend a day with us.

Our next big thing is hopefully bringing a “Bucket List Series” to our channel, and hopefully that’s a hit because we’re excited to film those!