YouTube Stars Zoe Sugg, Alfie Deyes To Be Made Into Wax Statues For Madame Tussauds London 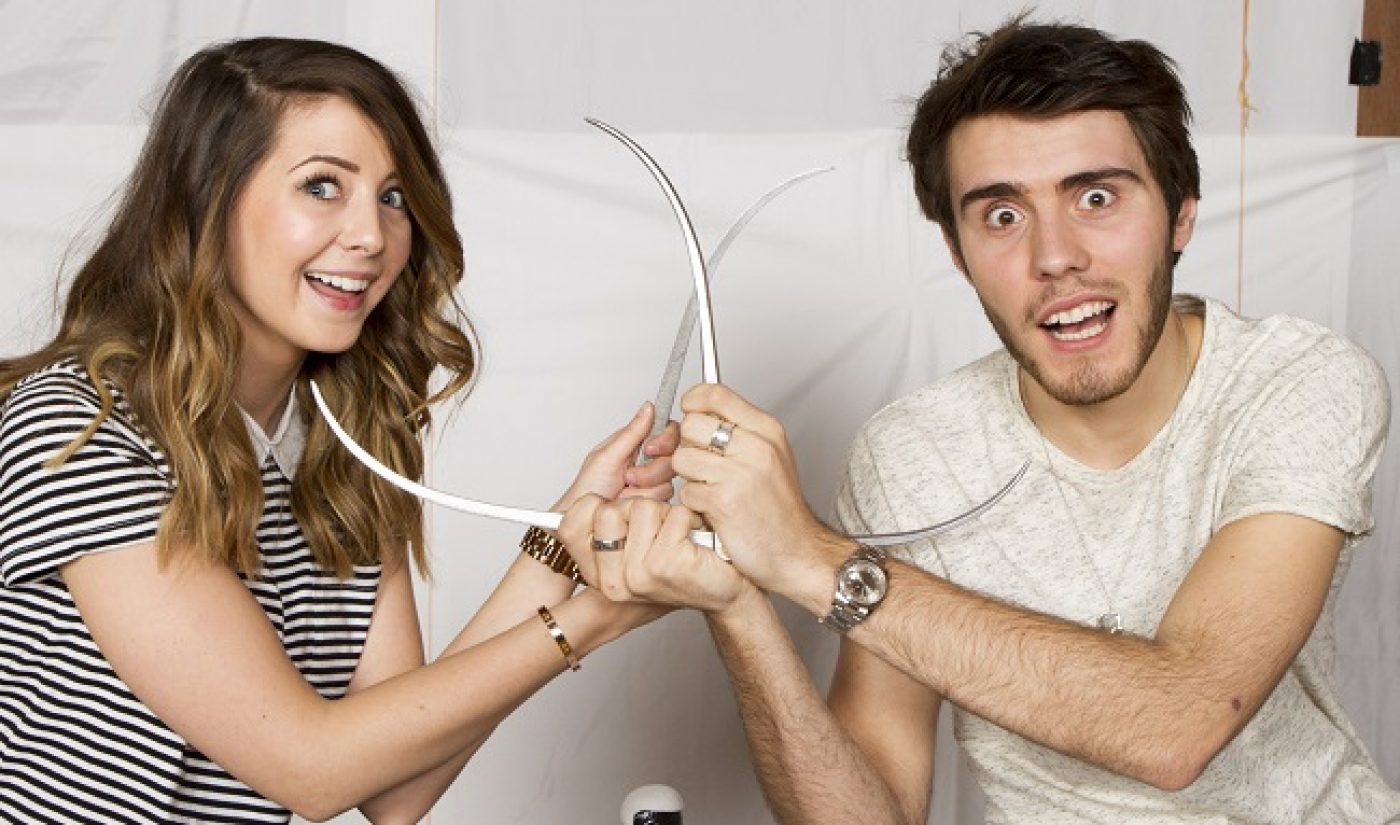 Madame Tussauds London will soon add a new breed of celebrity to its lineup of famous wax models. The museum will include two new wax figures to its collection based on YouTube stars Zoe Sugg (known as Zoella to the online video masses) and her boyfriend Alfie Deyes (aka PointlessBlog).

Sugg and Deyes, dubbed “Zalfie” by their loyal followers, will be re-created in a setting already familiar to the YouTubers’ viewers – the duo’s spare bedroom in their Brighton-based flat. The wax figures of the two digital celebrities will sit on the bed, uploading videos to their respective channels. “Zalfie” will join the ranks of wax models at Tussauds inspired by more traditional entertainment and cultural icons like movie stars, sports figures, and historical shakers and movers.

Sugg and Deyes are already involved in the creation of their wax models. The couple attended a sitting for Tussauds’ sculptors in London on April 13, 2015. Sugg and Deyes will also donate their own clothes for the wax models to don, and advise on overall styling so the set and figures are as real to life as possible.

“We are delighted to be working with Alfie and Zoe,” said Tussauds’ General Manager Ben Sweet in a release. “It’s a first for the attraction and reflects just how huge these YouTube stars are.”

Sugg and Deyes definitely have enough clout to earn their way into the famous wax museum. Fashion and beauty vlogger Sugg boasts over 7.8 million subscribers on her channel, while Deyes claims more than 3.9 million on his. In addition to their YouTube channels, the two digital stars are also traditionally-published authors. Back in September 2014, Deyes’s Pointless Book hit the top of Amazon’s UK charts. Only a few months later, Sugg’s book managed to break first-week book sales for a debut author.

No debut date has been set for the “Zalfie” wax figurines as of yet, but Tussauds notes they will be ready sometime later this year.