Wong Fu Productions Was Told They Shouldn’t Make A Movie, So They Raised $350K And Made One Anyway 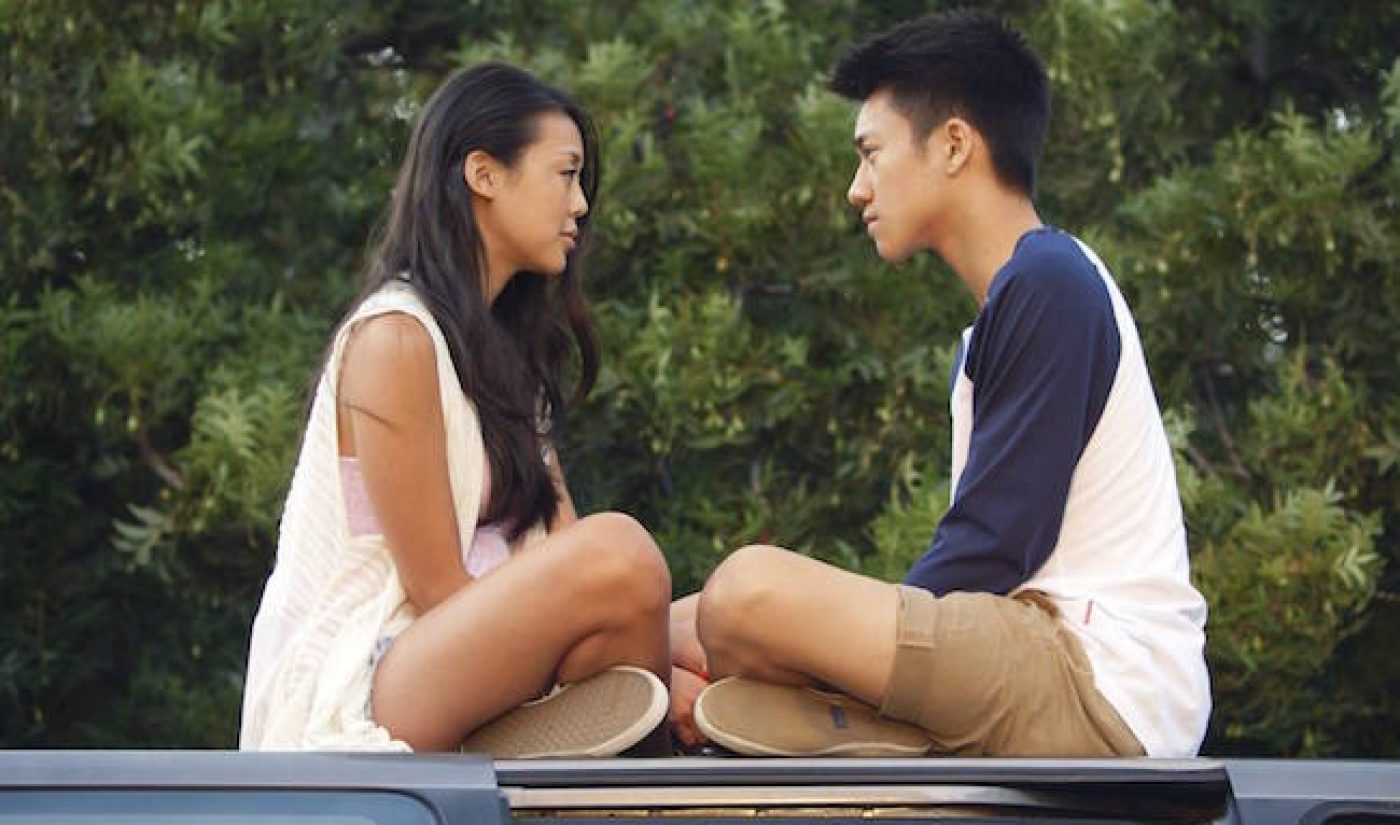 With their powers combined, Wesley Chan, Ted Fu, and Philip Wang are Wong Fu Productions, an American digital filmmaking group that since 2003 has put out high-quality shorts, music videos, vlogs, and no feature films, all of which target a general and Asian American audience that enjoys entertainment and is currently more than 2.4 million YouTube subscribers strong.

Note that part about “no feature films” isn’t for lack of trying. In an effort to explore new mediums and wax creative Wong Fu navigated a moviemaking path back in 2008, but was stopped in its tracks by an entertainment environment that required permission and a target demographic that didn’t align with Chan, Fu, and Wang’s core audience. But in the past five years, that entertainment environment has evolved, permission is no longer necessary, and non-traditional audiences can be good for business.

So, on April 9, 2015, the trio let loose a one-minute-and-31-second video that makes the “no feature films” descriptor in the first sentence of this story obsolete.

The release of the teaser trailer for Wong Fu’s first long-form movie Everything Before Us is a long-time coming and one of the last steps for a project that officially began in early 2014 with an Indiegogo crowdfunding campaign that would raise no less than $358,308 from 6,678 engaged individuals. We caught up with Philip Wang to learn more about his filmmaking journey, why now was a good time for him and his crew to release a flick, and how they were able to do it solely with the support of their fans.

Tubefilter: Why was now a good time for Wong Fu to finally make its first feature? And why by way of crowdfunding?

Philip Wang: We’ve been making shorts for a long time and our fans were anxious for us to make a film. We decided to get it done by crowdfunding because in the end it came up to control. Lots of us in the YouTube generation who really grew up on and with YouTube know our audiences really well. We know what they want and we work the best without someone else breathing down our neck trying to tell us what our audience wants. So, the campaign was the easiest and best way for us to be able to do things our way.

Also, back in 2008 we tried to do a film with someone else’s help. Granted it was during another time, but kept hearing then that there wasn’t a market for Asian Americans to buy movies. People said it wasn’t a good business move. So, we thought we don’t need them, we can do it on our own.

And one other reason we crowdfunded is because I really don’t like owing people money. If had a big financier, while I know they’re making an investment and a bet, there’s still a part of me that’s like, “I really don’t want to lose this person’s money.” I didn’t want to risk that this first time around with making a movie.

TF: But 2008 was a long time ago. Why now to really get started on making the film?

PW: We had been doing short films on our channel already for so many years, since 2006 and 2007. We just thought now was the right time to give the fans something different. We really need to show that we’re trying to advance ourselves as artists and as a channel and as a company.

And we also had a unique opportunity through Visual Communications. They wanted to support indie filmmakers with small, micro-budget films. And they approached us to do it and we thought, “This is a good chance to put a fire under our butts and we have a little bit of seed money. Let’s go out and raise the rest we need.”

PW: We didn’t even really know which one we were going to go with. We just tweeted out to the fans and said how excited we were to start our crowdfunding campaign sometime soon. Then Indiegogo emailed us from their Film Department and said, “You know, if you haven’t decided yet we’d love to do a phone call with you.” Then they just gave us a really great pitch about their product and the advantages and the technical stuff aside and the way it works. I think it’s a great product and I really like the company from that vantage point, but I think we really appreciated the personal aspect of it.

Anytime you go into an endeavor this big with a website or service this big, it’s really valuable to have a person and contact that you can message and get direct feedback from instead of reaching out into the dark. Them reaching out personally meant a lot, especially because we like handling a lot of our business with a personal touch. And they were super nice. To be honest, that’s just what it came down to.

TF: You had some perks that you were able to actually fulfill before your campaign was complete. How’d you guys choose to do that?

PW: There’s definitely those perks that you have to wait until the work is done, but 40 days is a pretty long time for a campaign to run, so we just wanted to keep being in people’s minds and vocabularies.

We threw in a couple easy perks that were really cheap, like “We’ll draw you a picture” or “We’ll message your valentine”. And we would try to fulfill those right away and release a video of us doing it to show people that were doing this and it was actually happening. Those were like little bursts of attention we were trying to give the campaign outside of another purely promotion Tweet or Facebook post. We wanted to keep it fun, funny, and consistent.

TF: Were you surprised at how in-demand any particular perk was during the campaign?

PW: Yes. After college, we actually did a few wedding videos to make money. So, we thought we’d offer an engagement video as a perk for the campaign. It was really expensive at $8,000, but one guy bought it and he didn’t even have a girlfriend yet

The other ones we were really surprised by were the props from our videos and from the movie. The fans really had no idea what they’re going to get, but I think some people want something physical to be able to say they have a part of the movie. Those went by really quickly.

But the perks in general were a little tricky for us because we didn’t have a physical product or even know what the movie was going to look like. We didn’t have any artwork or posters yet. So, for us, it was less about the product and more the fans wanting to support us as a company and as friends. They’ve been looking for an excuse to support us and the campaign was a really good excuse.

TF: Did you have the Stretch Goals form the onset? Or did you add those in as the campaign became more popular?

PW: We had a goal of $250,000, but everyone told us that no matter what, put the number on the page lower. That was hard for us to do. We didn’t want people think we already hit our goal when we actually still needed more funding. But basically, it’s a psychological thing.

If you hit the number earlier, it makes the whole campaign’s morale better. People know it’s actually happening. And it doesn’t stop people, it encourages them. They think, “I’m so happy this is actually happening and i’m going to help out, too.” The sooner you get to that point, the better. You just want to have that feeling of accomplishment as soon as you can. And bringing the goal down didn’t hurt us. We still went above and beyond what we were hoping for.

TF: Anything you think you particularly did well during the campaign?

PW: I feel like we were very fortunate, but our biggest struggle was that our movie just had the script. There’s a lot of other people that have artwork and branding or something that they could already make their perks based off. Freddie Wong’s Video Game High School is a good example. He could already make perks based on the branding of VGHS and give perks based around that. Our movie was about a relationship, so all our perks had to be about the Wong Fu world and brand. All of our them were basically unrelated to the movie.

You have to be creative with the types of perks that you offer. It definitely is better to have artwork and branding already attached to the project, so you can brand your page and perks, because otherwise you get crazy things you gotta do. But we were in such a rush to get things going that we didn’t have time to develop that stuff and we just went with Wong Fu’s name. I can imagine for a different group, especially if you don’t have a solid fan base, you have to develop your product is a little more before you get started.

TF: Over 6,600 funders contributed to the campaign for your first feature film. Does that put any pressure on you guys to deliver a good product?

PW: No matter how many backers or subscribers, we definitely feel pressure to up our game. Everyone’s been saying, “If only Wong Fu made a movie…” and we’re finally here, so there’s definitely a lot of pressure.

We’ve also gotten to that point on YouTube where people are starting to critique our videos with our own videos. They’re using our old or new videos to tell us why the other older or newer videos are better or worse. The people who’ve been watching us for the past 10 years are beyond just being fans, they’re critics, too. So, I feel like we have a lot of people watching.

TF: When are you planning to release Everything Before Us?

PW: We’re looking at June and a digital release. We can’t really say who’s going to distribute it yet, but we’ve been really excited about the talks we’ve been having. We’re also going to premiere the film at the opening night of the LA Asian Pacific Film Festival on April 23, 2015. It’s a big honor and we’re really excited.