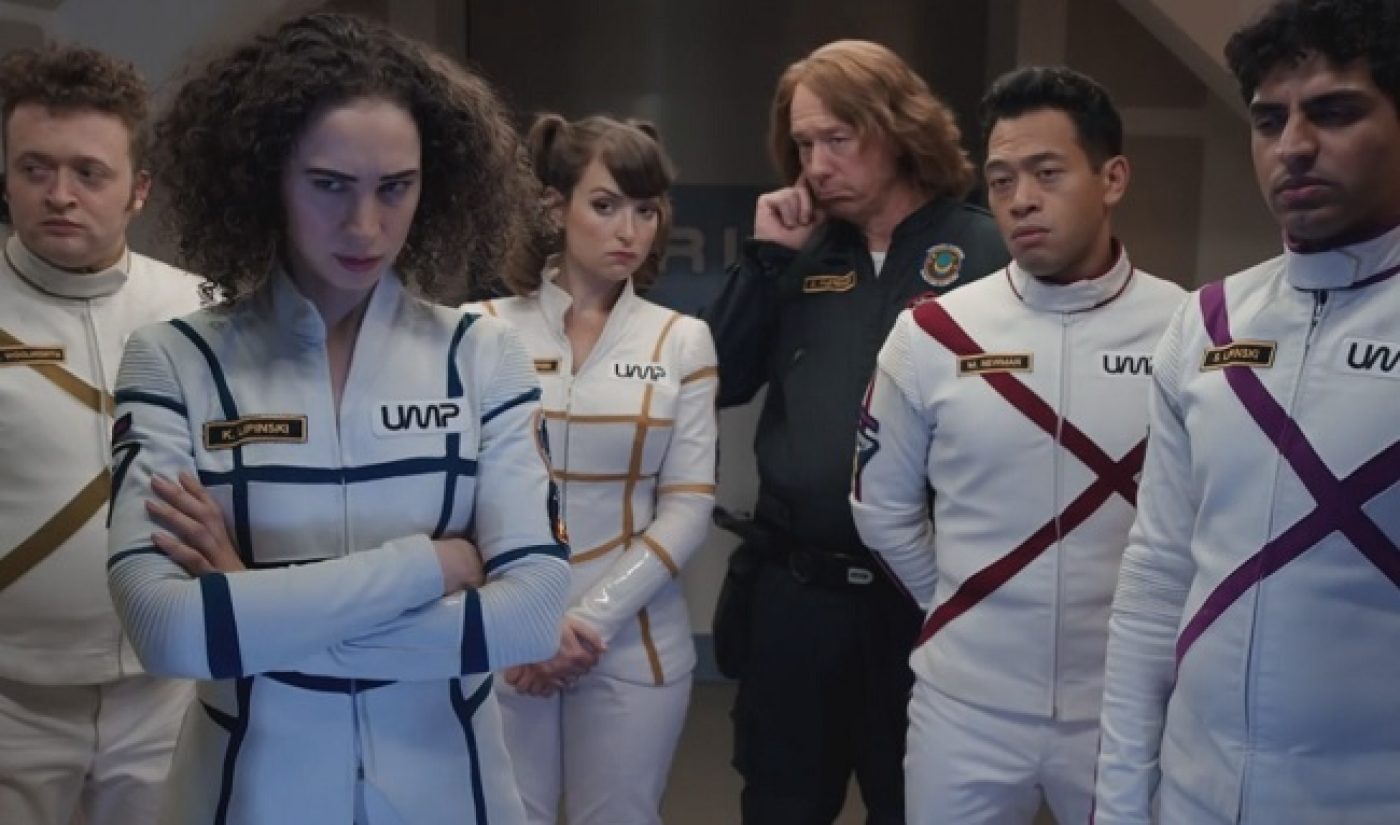 Yahoo’s slate of original series (including the sixth season of Community and the upcoming Sin City Saints) will soon be joined by a third title. The online media giant has released the official trailer for its newest original series Other Space, a sci-fi comedy harking from Paul Feig and premiering on Yahoo Screen on April 14, 2015.

Created by Feig (Bridesmaids, Freaks and Geeks), Other Space centers around the inexperienced and wholly unprepared crew of the unintentionally intergalactic UMP Cruiser. During a mission to explore space, the ship gets sucked through a portal into another universe. The Cruiser’s crew must work together to survive food shortages, alien attacks, time warps, and more, all while dealing with the seemingly comic reality they may never see home again. Plus, the ship’s conventionally attractive artificial intelligence unit and robots like the coffee maker may decide to rebel, so there’s that frustration for the crew, as well.

You can catch the first season of Other Space on Yahoo Screen on April 14.