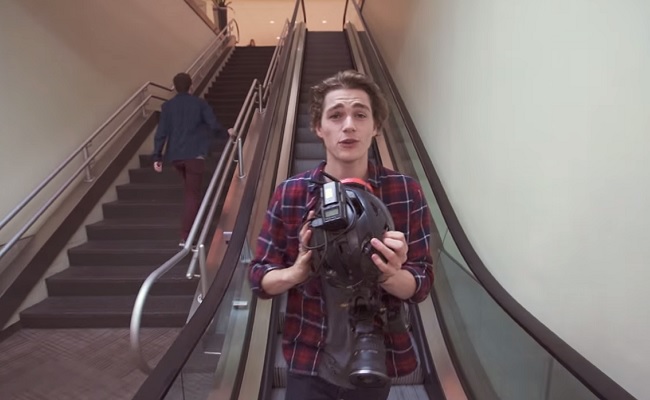 Marriott, Jack And Finn Harries Of JacksGap Team Up For A 24-Hour Visit To New Orleans

Marriott Content Studio has a new video series bound to inspire young audiences to pack a bag and hop a flight to their favorite city around the world. The hotel chain has launched the first in a travel video series from Jack Harries (also known as JacksGap to the online video masses), which features the YouTube star touring the city of New Orleans in only 24 hours.

In the first of the travel videos, Harries flies to Louisiana to experience all New Orleans has to offer in just a day’s time (though as Harries notes in a behind-the-scenes blog post, the filming took place over a week). With the help of his brother Finn and a few friends, Harries bikes around in the rain, travels on a steamboat, interacts with the locals, and checks out the nightlife, all before going back to his Marriott hotel room for a good quality night’s sleep.

Harries – who boasts over 4 million subscribers on the YouTube channel he shares with his brother – first approached Marriott with the idea of the new travel video series after he spent 24 adventure-filled hours in Amsterdam due to a long flight layover. Marriott struck a deal with the Harries brothers back in October 2014 to produce three short projects based on this concept. The remaining two cities Jack, Finn, and the film crew will head to next are Tokyo, Japan and Istanbul, Turkey.

The Harries’ travel series follows on the heels of a few other millennial-forward projects Marriott has recently released. The hotel chain partnered with What’s Trending to send several famous YouTube stars across the world to experience one item on their bucket lists. Marriott also debuted the short film Two Bellmen in conjunction with extreme sports and arts company Substance Over Hype.

You can watch JacksGap’s first Marriott-branded video on his YouTube channel, and read about his experience on his website. And don’t forget to keep an eye out for his upcoming Istanbul and Tokyo adventures.