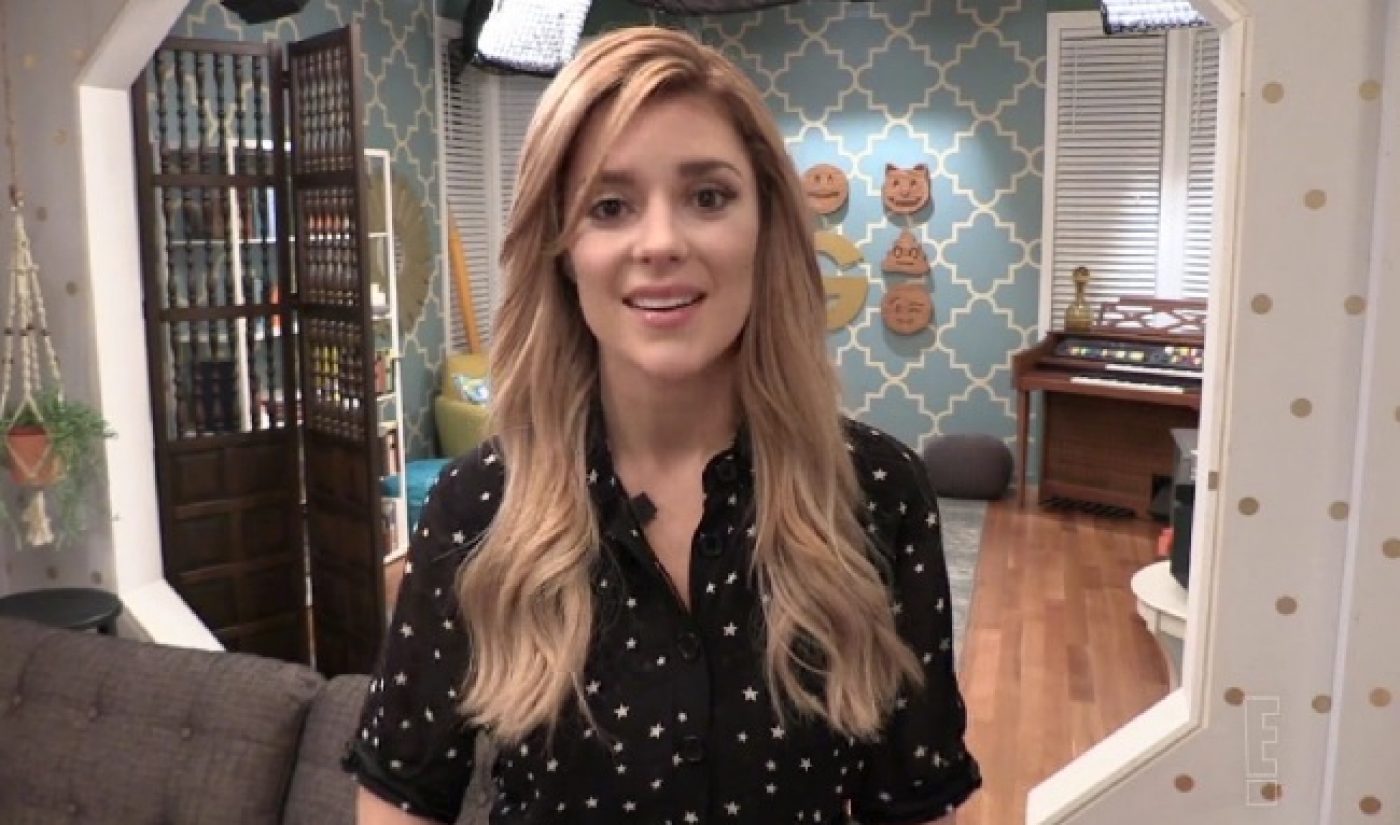 Last week, Grace Helbig told Jimmy Fallon she wanted the audience of her upcoming talk show The Grace Helbig Show to feel like they were hanging “in” with her at her house. She wasn’t joking. The YouTube star gave viewers a behind-the-scenes tour of the house set for her show, which premieres on E! on April 3, 2015.

In E!’s exclusive video, Helbig introduces her audience to her “house” full of eccentricities galore. The comedienne and popular YouTube vlogger (with more than 2.1 million subscribers) shows off her closet-turned-wardrobe room, the “moon” room which boasts a painting of the celestial body, and the green room where The Grace Helbig Show guests can relax. Helbig also highlights individual pieces in the house set, including a large pig statue normally found in butcher shops, as well as a chalkboard decorated with “tacojis” (tacos + emojis, obviously).

The Grace Helbig Show was officially revealed in August 2014, with the April premiere date announced in January 2015. Since then, Helbig has appeared on The Tonight Show Starring Jimmy Fallon to promote her talk show, and received useful (and sometimes silly) hosting advice from fellow TV hosts like Larry King and Chris Hardwick.

Tune in to E! tonight, April 3, at 10:30 PM EST for the debut episode of The Grace Helbig Show. The first episode will feature guest stars and fellow YouTube celebrities Mamrie Hart and DJ Flula Borg.