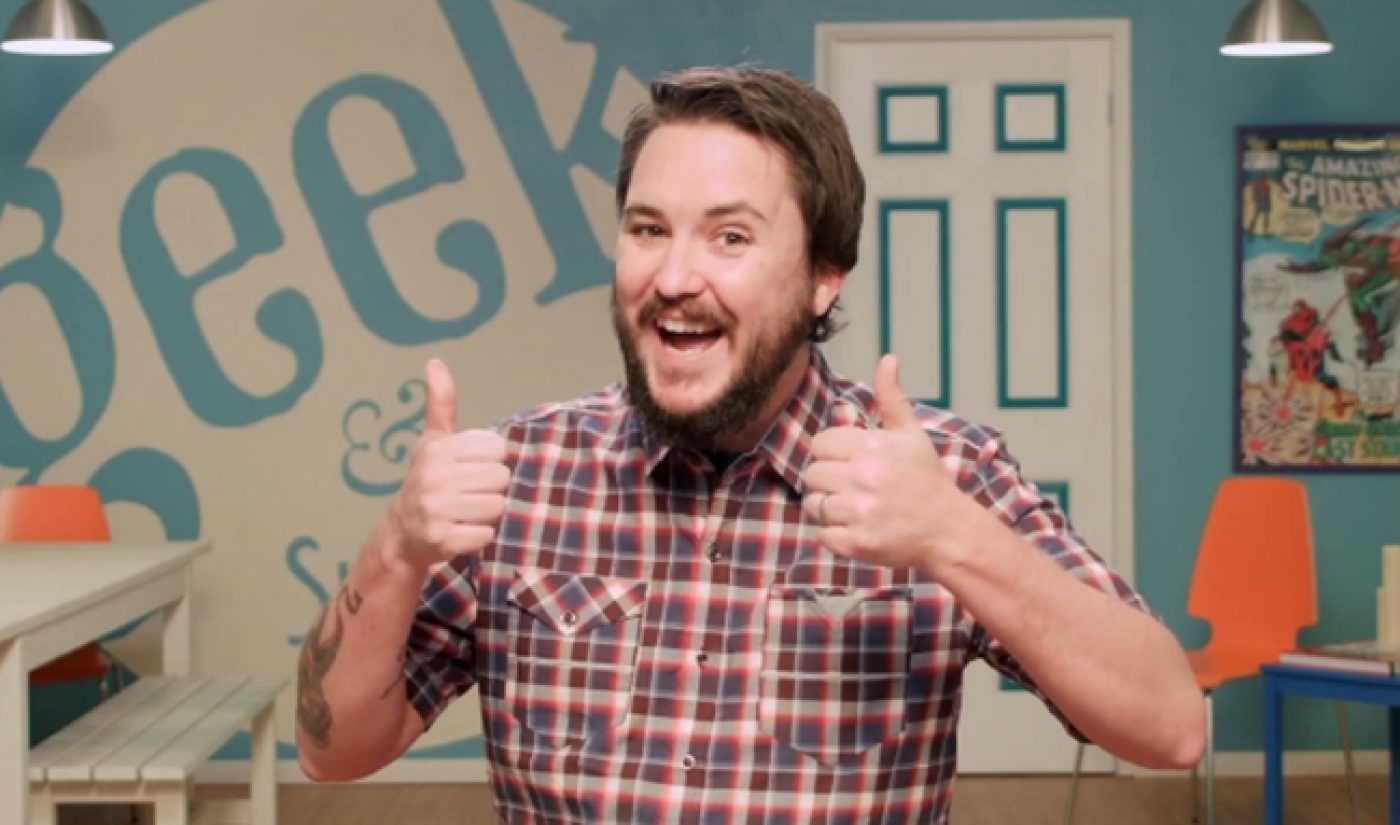 In April 2014, Wil Wheaton and Geek & Sundry took to Indiegogo in hopes of raising the $500,000 they needed to fund a third season of their board game-centered web series, TableTop. The campaign ended up beating its goal nearly three times over by raising more than $1.4 million. With so much bonus cash in their pockets, Wheaton and Geek & Sundry decided to give their fans an extra treat: An entirely new web series based around tabletop role-playing games (RPGs).

Now, Geek & Sundry has revealed some important information about that show. It will be titled Titansgrave: The Ashes of Valkana, it will debut on June 2nd, and it follow a group of well-known guests as they role-play through a fantastical adventure.

The title refers to the adventure that will be played on the show. “The game will be played using Fantasy AGE, the latest iteration of the Adventure Game Engine by Green Ronin Publishing,” reads a press release from Geek & Sundry. If you’re new to RPGs and confused about what to expect, plan for Wheaton and his players to participate in a d20 game a la Dungeons and Dragons.

One of the most fun parts of TableTop is the roster of special guests who join Wheaton in his gaming circle. Titansgrave will have a similar appeal; its cast members will include Hank Green and Alison Haislip.

“I’m going to take viewers on an epic adventure with phenomenal players through a world that is unlike any they have ever seen before,” said Wheaton in the release, “I’ve been privileged to work with some talented writers and designers, and am so lucky to have an amazing cast and crew to help me bring this to life.”

In total, the first season of Wheaton’s RPG show will stretch for ten episodes. If you’re anxious for its arrival, you can entertain yourself with recent TableTop episodes, which are available on Geek & Sundry’s website and YouTube channel.