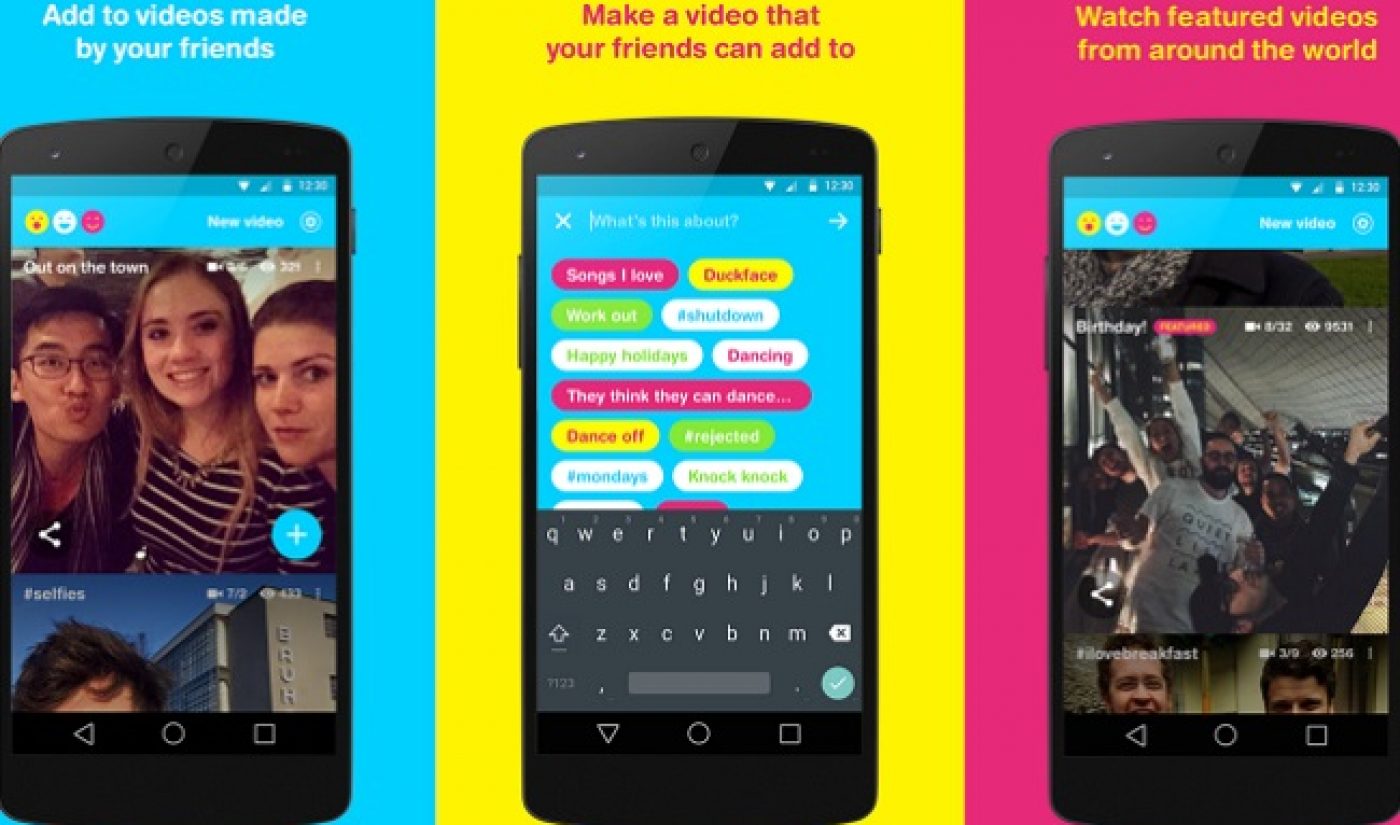 One of Facebook’s experimental apps has just hit the market. Riff, a video app where users can add to each other’s clips, has launched worldwide for free for iOS and Android users in 15 languages.

Riff doesn’t follow the single-creator idea behind video apps like Vine and Instagram. Instead, users create video “threads” based on an initial clip’s theme (like “say hi” or “balancing act”). Riff users begin by filming a video of up to 20 seconds in length. Once the video is named, approved, and posted to Riff, users’ friends who see the video will get an invitation to add more content to the end using their own related Riff scenes.

Currently, Riff doesn’t have features like editing, liking, commenting, video uploading, or open contributing (right now, only friends of a creator or contributor can add to a starting clip). However, the video app does boast view counts, the ability to skip boring clips, clip deletion by a thread’s creator, and offensive video reporting by any Riff user. Also, Riff creators are able to upload a video thread to Facebook, which will automatically tag all contributors, and Riff will feature select threads on its homepage.

Josh Miller, Facebook’s Riff Product Manager, told TechCrunch that Riff was inspired by the meme-like ALS Ice Bucket challenge videos. These videos were essentially collaborative in nature (people felt compelled to make their own versions), and drove millions of video views on Facebook over the period of just a few months.

“The potential pool of creative collaborators can grow exponentially from [one starting point], so a short video can become an inventive project between circles of friends you can share to Facebook or anywhere on the Internet,” he explained.

Riff was one of the recent projects to come out of the Facebook Creative Labs initiative. Facebook employees working under the Labs banner have previously experimented with various apps, such as Paper, Slingshot, and Messenger. While not all of these apps were successful, they did end up teaching the social media site what its users wanted and how they wanted to interact within Facebook.

Miller said this inevitable feedback from Riff users will help develop Facebook’s offerings as a whole. “Mostly, this was an experimental side project for the team that turned out to be really fun,” he explained. “We hope there may be some learnings about video — how people want to share, what kinds of video experiences make it easy to share, how people choose to use video to engage with others, if they want more tools, etc.”

You can download Riff in the iTunes app store for iOS or in Google Play for Android.