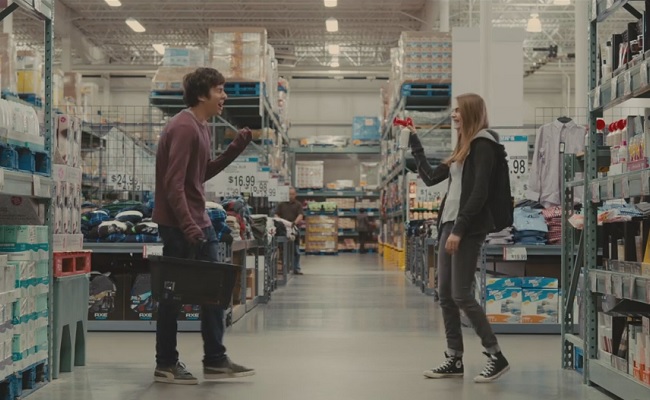 After the success of The Fault in Our Stars, 20th Century Fox chose to adapt another novel from John Green, the young adult writer who makes up one-half of the YouTube channel the Vlogbrothers. Now, the major film studio has released a two-and-a-half-minute trailer for the film adaption of Green’s book Paper Towns, which is set for theatrical release on July 24, 2015.

Paper Towns stars Nat Wolff (who co-starred in Fault) as Quentin, a young man who falls for his adventurous neighbor Margo (Cara Delevingne) after she moves in across the street. Years later, Margo enlists Quentin to help her exact revenge on her cheating boyfriend; the next morning, she goes missing. But Quentin, hoping Margo is still alive somewhere, gathers together a group of his friends to follow clues his mysterious neighbor left behind.

Paper Towns is the second movie adaptation of one of Green’s young adult novels. The Fault in Our Stars garnered over $300 million worldwide and boasted the most-liked trailer on YouTube in May 2014. Green will also see a third film released based on another one of his books; the author’s debut novel, Looking for Alaska, is in the works from Paramount Pictures and the same screenwriters who worked on Fault and Paper.