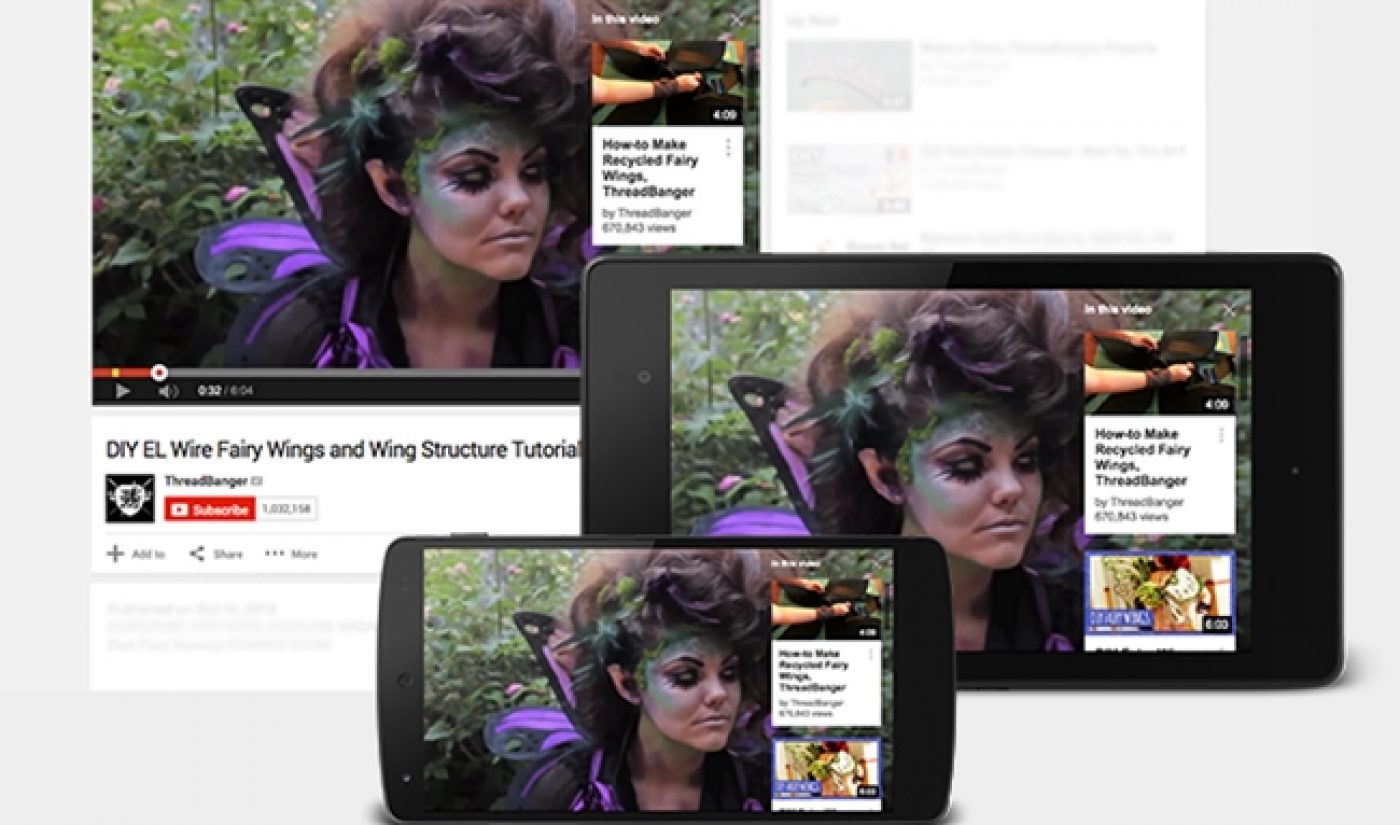 YouTube has given its content creators the option to spruce up their annotations. Google’s video sharing site has officially made its new “cards” feature available for all users.

Cards were first announced during YouTube’s presentation at VidCon in 2014. Five months later, viewers got their first look at the new feature when cards appeared on a select few channels, including FOX Sports.

Now, anyone who makes videos on the site can add in their own cards. A blog post from YouTube describes the cards as “an evolution of annotations. They can inform your viewers about other videos, merch, playlists, websites and more. They look as beautiful as your videos, are available anytime during the video and yes, they finally work on mobile.”

According to the post, there are six categories of cards available: Video, Playlist, Associated Website, Merchandise, Fundraising, and  Fan Funding. The last three categories are particularly important for YouTube’s creators, many of whom long struggled to earn sufficient profits despite racking up millions of views.

YouTube says it eventually plans to have cards replace the boxy, bland, and outdated annotations entirely, but the post says “this will happen only once they can do everything annotations can do today, and more.” You hear that, creators? It’s time to make a game that plays entirely through cards.