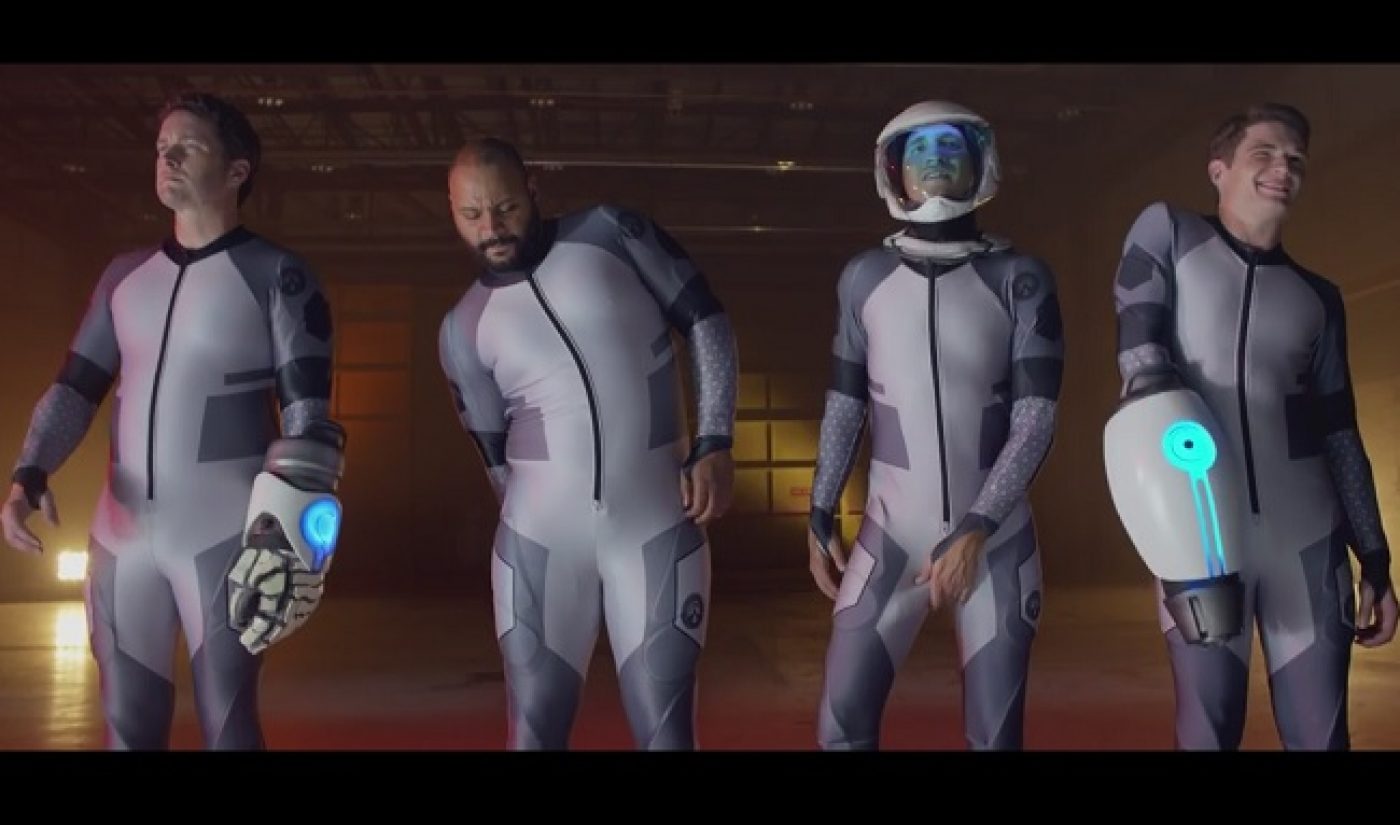 Rooster Teeth is making its fans even more anxious for the release of its first-ever feature-length film. The Austin-based entertainment studio acquired by Fullscreen in November 2014 debuted the official trailer for its sci-fi action comedy Lazer Team on March 16, 2015.

The Lazer Team trailer introduces viewers to Hagan (played by Burnie Burns), Zach (Michael Jones), Woody (Gavin Free), and Herman (Colton Dunn). The four leads unknowingly put on pieces of a power suit, created by the U.S. Government and intended for a Champion of Earth (Alan Ritchson) to help save the world from an impending alien attack. Unfortunately, the four men who come to be known as the Lazer Team are anything but competent when it comes to defending Earth.

Rooster Teeth broke an Indiegogo record for most-funded movie campaign back in July 2014 when the company raised over $2.4 million to get Lazer Team off the ground. The production studio released the teaser trailer for the film in late February 2015 during the Achievement Hunter Let’s Play Live event. Rooster Teeth dropped the official Lazer Team trailer at SXSW in Austin.

No release date has been announced for Lazer Team as of yet. However, Rooster Teeth has previously noted it would like to get the film in front of fans sometime in the spring of 2015.