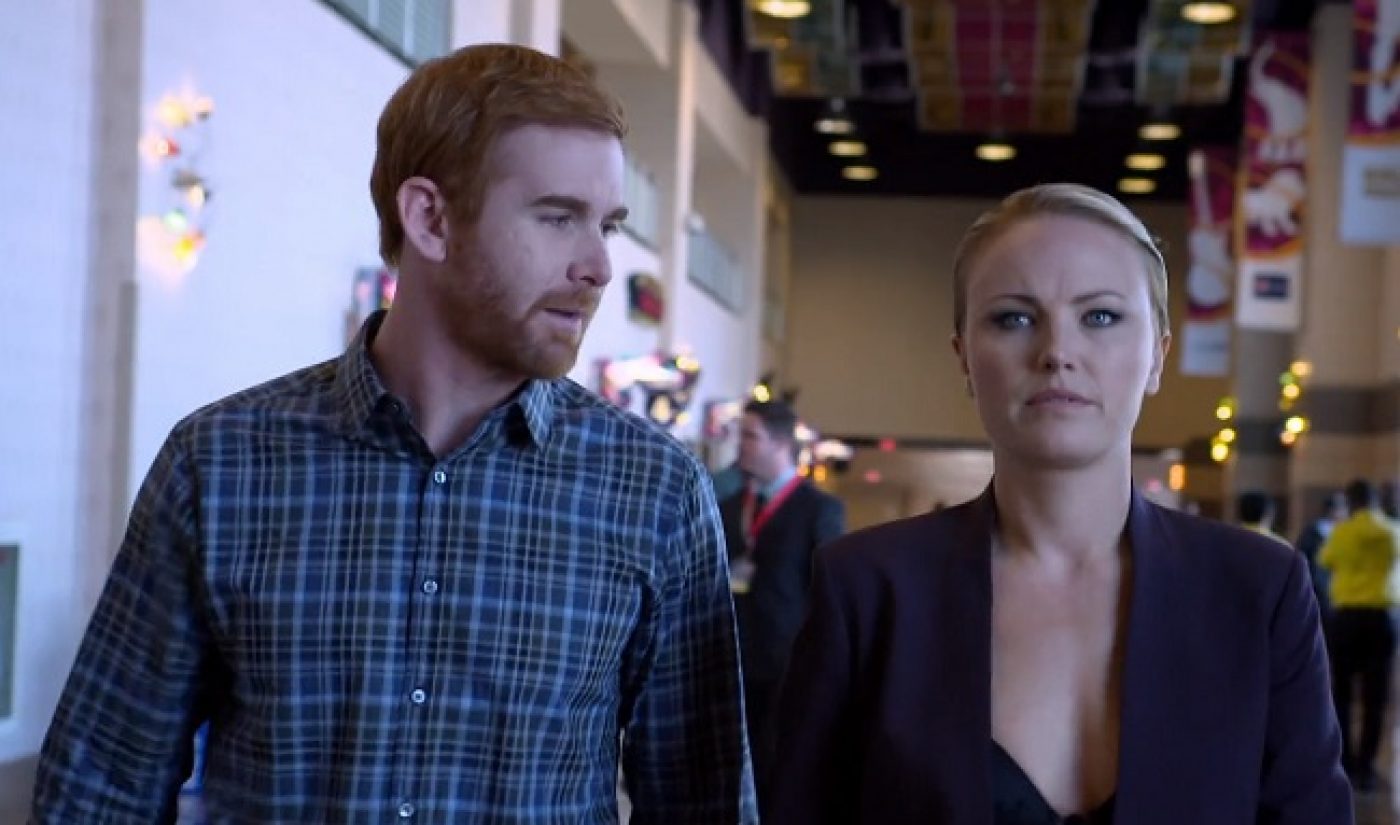 The Sin City Saints trailer introduces viewers to Jake (played by Andrew Santino), the owner of a fictional and poorly-performing basketball team based out of Las Vegas. Dusty Halford (Malin Akerman) arrives as a lawyer and assistant to the NBA Commissioner to straighten things out. But things aren’t looking up for Jake, so he’ll have to get serious about the team or risk losing it. The first season of Sin City Saints will debut on Yahoo Screen on March 31, 2015.

Yahoo originally announced the development of Sin City Saints at Digital Content Newfronts in April 2014. Later that year, the internet-centric media company revealed the initial cast members (which also includes Tom Arnold as a local casino host), and more recently debuted a poster along with the series’ release date announcement. Sin City Saints joins other Yahoo-produced originals including the sixth season of Community (premiering March 17) and the sci-fi comedy Other Space from creator Paul Feig.

You can catch the entire first season of Sin City Saints on Yahoo Screen starting March 31.