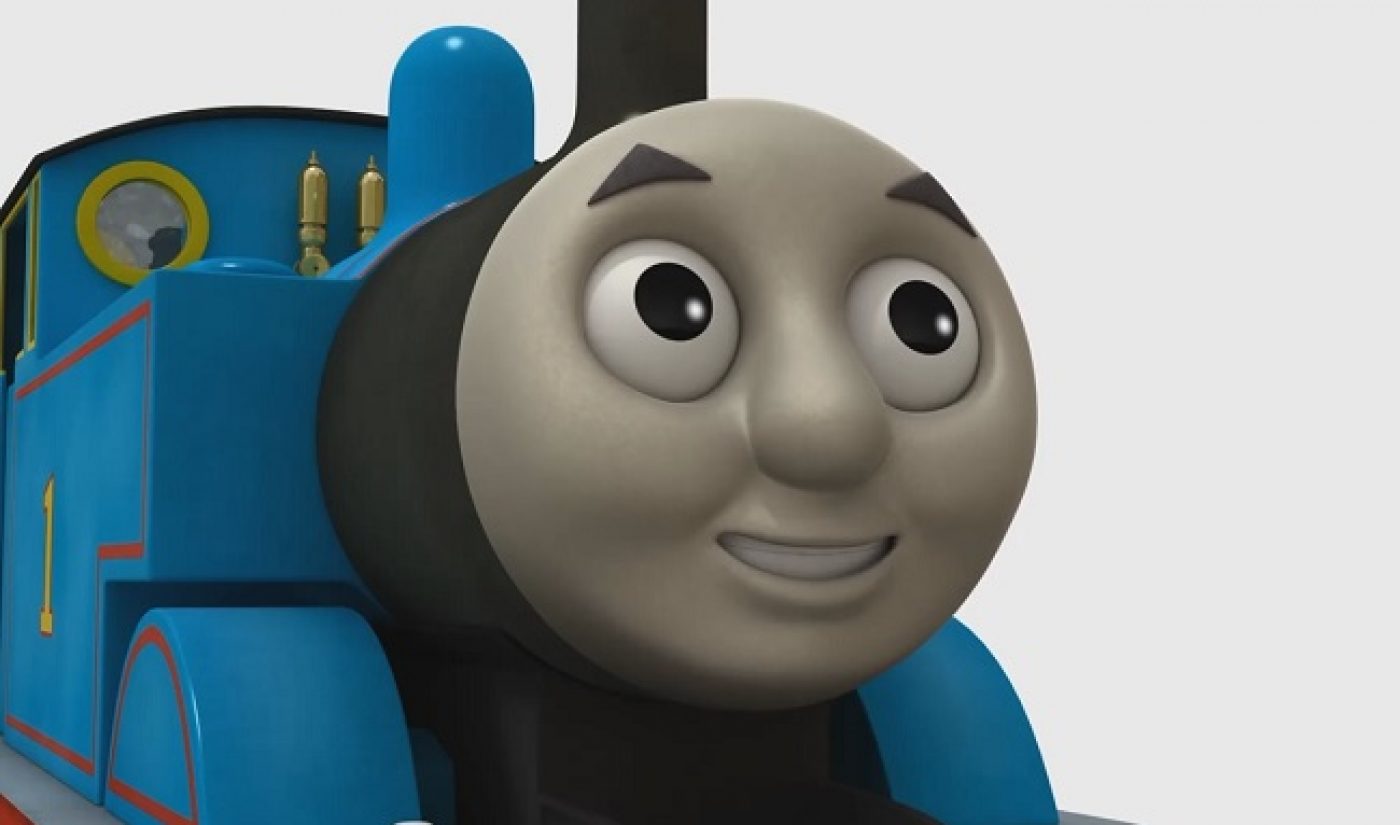 Mattel is joining the crowd of brands looking to get into children’s programming. The toy manufacturer’s preschool content division, HIT Entertainment, is developing a slate of original Thomas & Friends videos based on the popular brand Thomas the Tank Engine.

HIT Entertainment plans to bring 52, short-form new videos to the Thomas & Friends YouTube channel over the coming year. The “Thomas Around the World” shorts will feature Thomas the Tank leaving his home, the Island of Sodor, to visit new locations. The “Live Action Playroom Shorts” will bring Thomas to life in kids’ playrooms (much like Toy Story), and “Mr. Perkins’ Story Time” will have the titular engine driver reading Railway Series stories. HIT Entertainment will also re-release classic Thomas the Tank Engine songs with new CGI animation, as well as some comedy shorts.

“Exploration and experimentation are at the heart of our playful new Thomas & Friends content,” said Christopher Keenan, HIT Entertainment’s Vice President of Content and Executive Producer, in a release. “With its global adventures and new production methods, along with classic songs and stories, the new YouTube videos enrich the world of Thomas & Friends and expand on what’s most loved by kids and families about their favorite number one engine, Thomas.”

Mattel has been making web series for a while, but children’s programming has recently taken off in the online video world. In addition to Mattel, children’s entertainment and app company Outfit7 just announced it’s creating an original Talking Tom and Friends web series for kids starring the voice talent of Colin Hanks. Plus, both Amazon and Netflix have developed their own original children’s titles available on each respective platform.

You can watch the first video from HIT Entertainment’s digital content push on the Thomas & Friends YouTube channel. New three-minute shorts will debut weekly on the channel, and will also be available via the recently-launched YouTube Kids app.