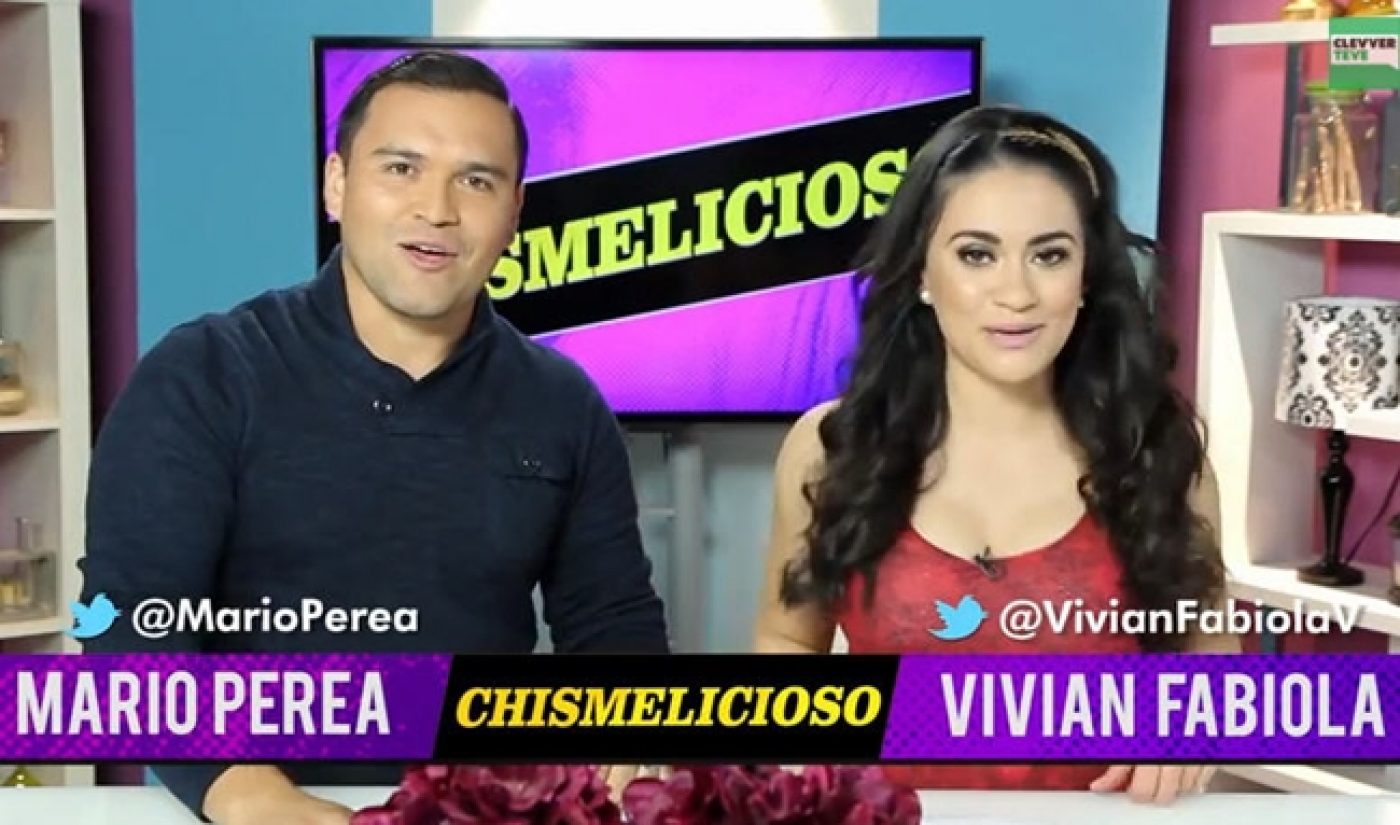 Defy Media, which launched in 2013 out of a merger between Alloy Digital and Break Media, runs a strong selection of online video channels. Recently, two channels within the network’s Clevver brand–Clevver News and the Spanish-language Clevver TeVe–both surpassed one million subscribers, giving Defy 11 total channels that have reached that mark.

Defy’s approach to online video is different from many other networks because it operates and programs content on the channels within its network. This makes a discussion of the company’s overall strategy a worthwhile conversation. In order to have that discussion, we turned to Barry Blumberg, Head of Content of Defy Media, who talked to us about the strategies his team employs, not just on Clevver News and Clevver TeVe, but across Defy’s library of owned and operated content.

Tubefilter: There are now 11 Defy Media channels with at least one million subscribers. What do you think this says about Defy?

TF: What would you say it is that people want?

BB: I think there’s generally an idea that people want programming that connects with them, and speaks to them, and acknowledges them, and informs their particular passion as being smart and interesting. I think a great and timely example of this is on Clevver TeVe, [where] we launched Honest Trailers in Spanish. it’s going to be interesting to see how that does, and whether the audience embraces it on a channel that is typically not a comedy channel.

That’s an example where we have two programs that people are passionate about on two different channels and we’re looking to see whether or not programs like those will work on other channels.

TF: In programming Clevver TeVe, how much are you looking to translate content that has done well on English-language channels?

BB: Teve is a very specific niche market, and we have the fortune of having Jorge Maldonado here, who works very closely with Vivian Valadez. They are very aware of the Spanish-speaking market, both in the US and abroad. We have shows on Clevver TeVe that are exclusive to that channel, like Chismelicioso, that are specifically designed for a non-English-speaking audience. We’ve done some English-speaking programming on those channels and it hasn’t worked. What does work, that we do on those channels, that we do on Clevver News, [is] a lot of our evergreen programming, things that people are interested in over long periods of time.

How do Clevver’s channels stay relevant on YouTube, year after year?

BB: Each channel is programmed differently. Clevver TV is programming that is usually build around talent. Clevver News is programmed against breaking news stories. We try to get stories up as quickly as possible when they’re relevant. What we also do on Clevver News is create programs that are evergreen programs that connect to news stories. When we produce news programs about Justin Bieber, we have a lot of related content that will be recommended to somebody who has just watched that news story, and that works well for us.

TF: And who are you programming for?

BB: It’s anybody who’s interested in entertainment…Each channel has its own audience, and while there’s significant overlap between some of the channels, we program specifically to the audiences watching those channels, it’s not the same across the entire brand.

It’s much older than what people would think. Most people think a story about Justin Bieber orTaylor Swift would attract a lot of 12-year-old girls, and while I’m sure it does, the biggest age break in the Clevver TV and News audience is 18-to-24 year-old women.

TF: Why do you think that is?

BB: There’s a lot of that younger audience there, but it’s the same people who are interested in reading about celebrity. We don’t confine our coverage to Justin Bieber and Taylor Swift…if you look at the 12 stories on my screen right now, it’s Taylor Swift, Jennifer Lawrence, Saved by the Bell…it’s very balanced.

TF: How are you working individual creators into the Defy network verticals?

BB: We try to work with anybody who is in our network and is interested in taking it to the next level, whether that’s creating a show around that person or facilitating the production of a show that person already wants to make, we try to facilitate that. What we’re not doing is putting every single person in our network up on our channels because programmatically that doesn’t make sense, and we want to make sure we do the right thing for them and for the channels that are owned and operated here.

TF: What has been Defy’s greatest accomplishment thus far?

BB: I go immediately to Prank It Fwd. I think Prank It Fwd is one of those things that really happened with the two companies coming together and producing not only terrific content, but also valuable content. It was life changing for people and created a mindset around the programming that “people can do good in the world, and it doesn’t take a lot to accomplish that.”

It also is a great example of brands like Break, Smosh, Clevver, Smosh Games, and ScreenJunkies all working together to produce content and market content to a larger audience. We’ve had a lot of interest around sponsorship, and we’ve been picked up by three to four hundred major media outlets each time we’ve done that. It’s a big deal, so I’d have to point to that and say that’s the most satisfying thing so far.

TF: What do you see as a big growth area for you guys going forward?

BB: It’s nice to get lots of views on YouTube, but our key growth areas are really about building audiences that can monetize at a higher level than just ad revenue generated on YouTube…A bunch of our programming from ScreenJunkies and AWEme gets talked about for television, and we’re looking at those partnerships, and we’re look at relationships in the subscription arena and syndication arena. there are a lot of areas that are dependent on the brand, but i think key for all of them are alternate revenue streams and expanding our audience off of single platforms.

We’re already way down the road in a lot of these areas. We’ve made The Smosh Movie, [and] we have a couple television development deals for shows we think make sense to go into that stage. So it’s not as if we decided we’re going to do something different in 2015. This is the road we’ve been traveling on, and we will continue to push forward down that path.

On Deck (channels that will soon reach one million subscribers): Lucas Lucco, Pranksters in Love, swiftor